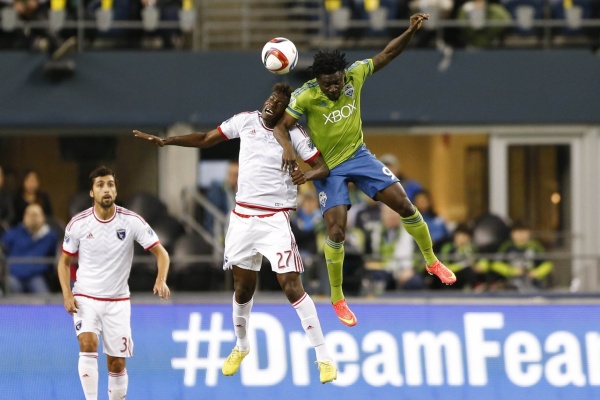 Facing off with the strikeforce of the Seattle Sounders is a tough task for any midfielder, let alone a rookie, but Fatai Alashe was up to the challenge.

The San Jose Earthquakes rookie remained composed and consistently battled throughout a full 90 minutes Saturday as his side surprisingly topped the Sounders, 3-2, earning Alashe recognition as SBI’s MLS Rookie of the Week.

In his first career start, Alashe embraced his defensive role against the reigning Supporters’ Shield winners, and showed discipline and maturity throughout in breaking up waves of Sounders’ attacks. Alashe was composed when given time on the ball, and the youngster’s lack on panic in every aspect of the game played a major part in an eventual Earthquakes victory.

What did you think of Alashe’s play? Which rookie stood out to you this week?