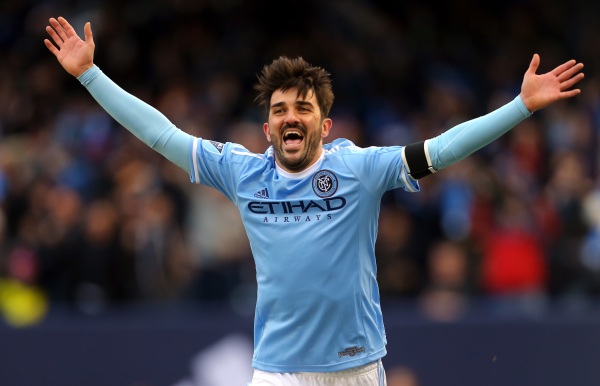 The second week of the MLS season saw several forwards step up and carry their teams to positive results. Too many, in fact, to fit into the latest SBI MLS Best XI.

Most weeks, players such as Blas Perez and Fernando Aristeguieta would have an easy place on the SBI MLS Best XI, but not in a week when the trio of David Villa, Chris Wondolowski and Fanendo Adi put forth such outstanding showings.

The San Jose Earthquakes and New York City FC led the way this week, with three players making the Best XI for each team. SBI MLS Player of the Week Chris Wondolowski and goalkeeper David Bingham led the way for San Jose, while Villa and midfielder Ned Grabavoy starred for NYCFC.

Here are this week’s selections for the SBI MLS Best XI: 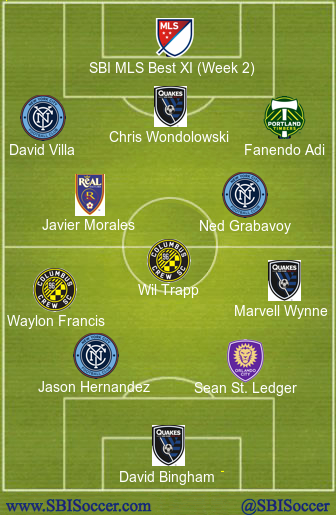 What do you think of this week’s selections? Who would you have included that didn’t make the cut? Who are you happy to see on the team?