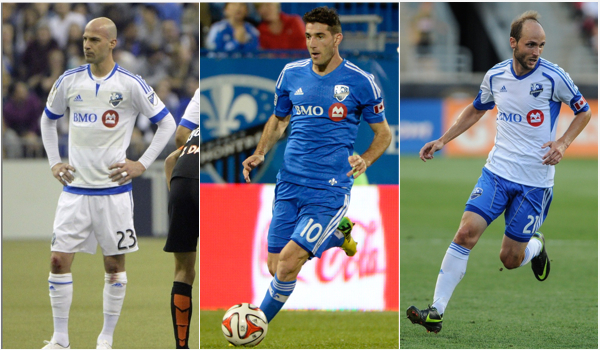 The first year of Frank Klopas’ reign with the Montreal Impact did not go anywhere near as planned, but the second season is shaping up to be much more promising.

The Impact endured a rough 2014 campaign that saw them finish with the worst record in MLS, but a slew of offseason moves have strengthened a squad that was in need of changes. Reliable veterans from both MLS and Europe have been brought in, and their arrivals should help fill out a squad that has lost star striker Marco Di Vaio but still boasts some dynamic pieces in Justin Mapp and Dilly Duka.

While it could take some time to integrate the infusion of talent, early returns are promising. The Impact recently moved onto the semifinals of the CONCACAF Champions League by ousting Pachuca on aggregate in a two-legged series, and there were plenty of positive performances throughout both games from new and old players alike.

Now, Montreal needs to continue to ride that wave of momentum and deliver those same type of effective outings in league play. It is not unheard of for teams to have big turnarounds in one year in MLS, and the Impact are hoping to become the latest.

Here’s a closer look at the 2015 Montreal Impact:

NEWCOMER TO WATCH: Laurent Ciman – The Impact’s defense needs leadership and guile, and Ciman could be just the player to provide that. The veteran Belgian has spent his entire career playing in his native land’s competitive league, most notably and recently with Standard Liege, and those experiences should be nothing but a plus for a Montreal back line that leaked 58 goals last year. How he adapts to MLS will bear watching, but if he does so quickly then the Impact defense should see some improvement.

PRESSURE IS ON: Frank Klopas – Montreal’s ownership has not been shy about making coaching changes since the club’s arrival in MLS in 2012, and Klopas will likely need a big bounce-back season in order to avoid falling on the hot seat. His first year with the Impact turned out worse than most could have imagined, but the good news is that Klopas has had a full offseason to overhaul the roster and make it more well-rounded and competitive. It is now up to Klopas to make it all work, and get Montreal back into the playoffs and away from the memory of the dreadful 2014 campaign.

OUTLOOK: After a forgettable year in which they only won six games, the Impact headed into the offseason knowing that major changes were needed. They wound up addressing a number of areas, bringing in several MLS veterans and a couple others from Europe to bolster the roster.

While the team now looks more impressive than it did a year ago, Montreal must also find a way to replace top goal-scoring threat Marco Di Vaio. The Italian striker retired at season’s end, leaving a giant hole in the club’s attack and taking away one of its more well-respected locker room leaders.

On the field, the Impact have brought in the speedy Dominic Oduro to help make up for the loss. Oduro complements a forward corps that includes Jack McInerney, Andres Romero, first-round draft pick Romario Williams, and recent CONCACAF Champions League hero Cameron Porter, giving head coach Frank Klopas an array of different weapons to use in his front line.

A benefit for all of the forwards and Montreal as a whole is having Argentine playmaker Ignacio Piatti for the entire season. Piatti signed with the Impact in the summer, and went on to make an immediate impact before suffering an injury that kept him out during the final month of the season.

Even with that, Piatti finished with four goals and one assist in six league appearances. He gave the Impact the type of string-puller that it sorely needed, and has them excited about the prospects of what could come in 2015.

The other side of the ball is where Montreal made most of its offseason tweaking. The club brought in several veterans, including centerbacks Laurent Ciman and Bakary Soumare, defensive midfielder Nigel Reo-Coker, and goalkeeper Erik Kronberg.

The Impact also added exciting fullback Ambroise Oyongo and hardworking holding midfielder Eric Alexander via a trade with the New York Red Bulls, giving Montreal more of the kind of depth that is needed for the grind that is the MLS season.

Of all the defensive acquisitions, however, it is Ciman who looks to be shouldering the most responsibility. The 29-year-old Ciman is being counted upon to help lead a revamped back line, and his experiences from playing for Belgian powerhouse Standard Liege should come in handy. Ciman not only gives the Impact the type of leader at the back that can be leaned on when times get tough, but also one who can use his knowledge to help bring along the younger players.

Making all those pieces fit together well with the returning core of players is now the key for the Impact to avoid the type of slow start that set the tone for their abysmal 2014 campaign. The recent CONCACAF Champons League success seems to indicate that the club is poised for a better opening month, but Klopas needs to do more than just lead Montreal to an improved record than it had a season ago.

Montreal wants a truly successful year from its club, and the pressure is on to deliver after a 2014 season that was filled with painful memories. 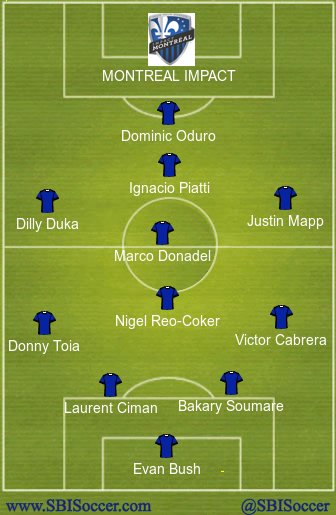