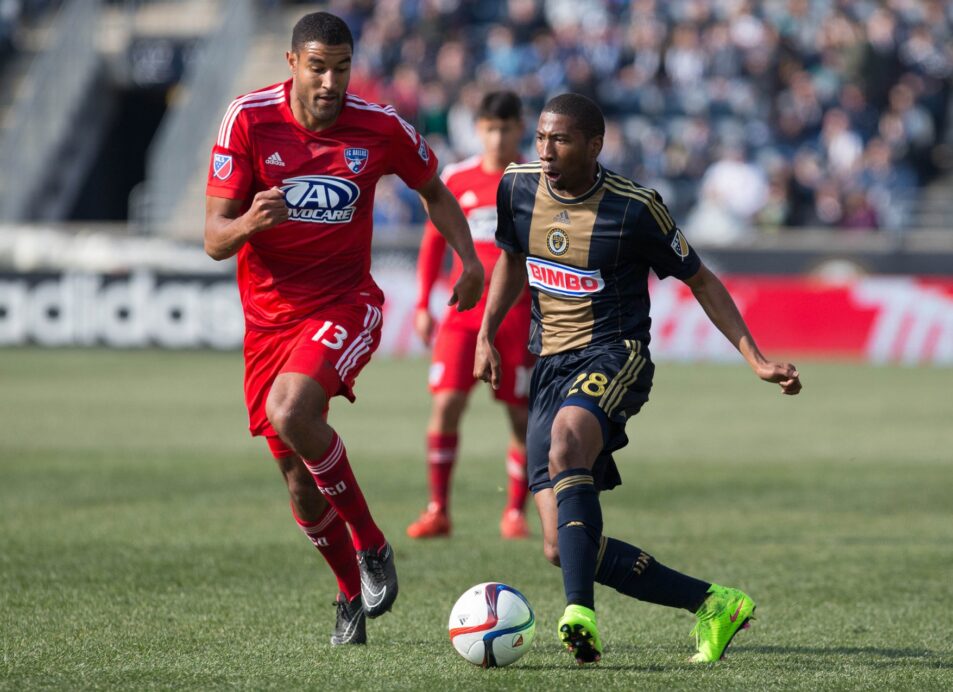 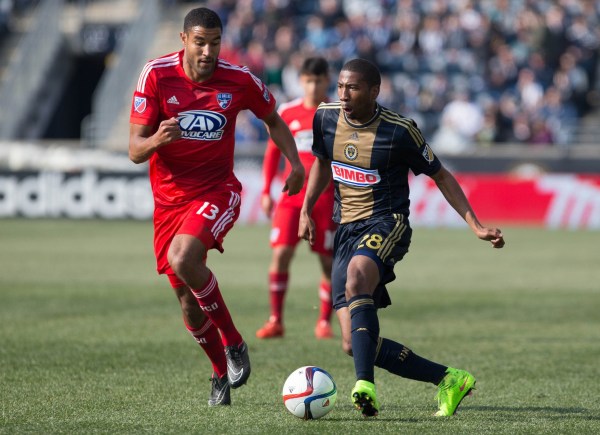 Through the first three weeks of the MLS season, FC Dallas’ attack has looked as potent as any in the league.

That attack once again provided for FC Dallas in the form of a 2-0 victory over a 10-man Philadelphia Union at PPL Park on Saturday. Tesho Akindele and Ryan Hollingshead provided second-half goals

In the midst of a scoreless first half, the game turned on its head in the 42nd minute when the Union went down a man after Zack Pfeffer was sent off for an elbow on Mauro Diaz, giving the FC Dallas front line even more space to roam.

That space was exploited just seven minutes into the second half, as Akindele pounced on a bad touch to get in all alone on goalkeeper Rais M’Bolhi. The reigning Rookie of the Year banked his shot off of the Algerian goalkeeper, giving his side the 1-0 advantage.

Hollingshead doubled that advantage in the 59th minute on an assist from Fabian Castillo. After receiving the ball at the top of the box, Hollingshead took a pair of touches before firing to M’bolhi’s right to secure maximum points for FC Dallas.

With the victory, FC Dallas has earned a win in each of the team’s first three games, while the Union remain winless with a pair of draws.

The Union have a chance to get into the win column on March 29 against the Chicago Fire, while FC Dallas looks to keep its unbeaten start alive against the Seattle Sounders on March 28.