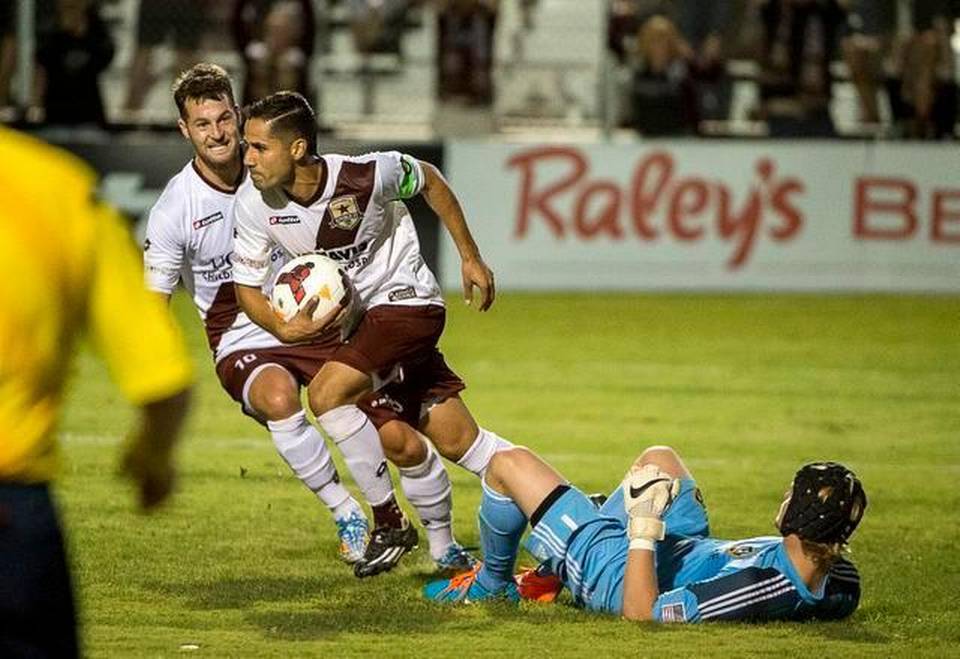 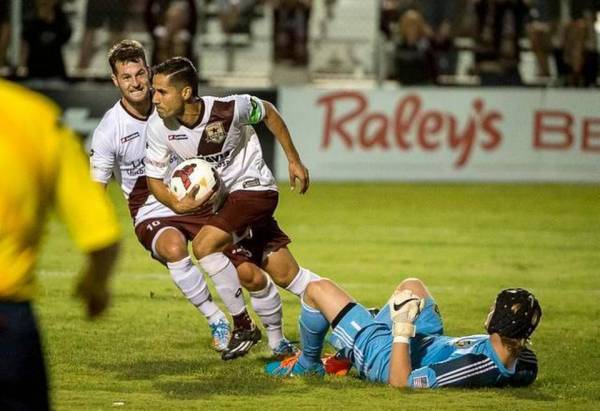 After a disappointing opening week loss, Sacramento Republic FC showed why they are the reigning USL champions against Los Angeles Galaxy II.

Sacramento came back to top Los Dos, 3-2, at the StubHub Center’s Track & Field Stadium on Saturday night. Two converted penalties from Octavio Guzman put Republic FC back in the game, and a stoppage-time winner from Rodrigo Lopez sealed the first win of 2015.

Galaxy II started the brightest, with captain Daniel Steres heading in Andre Auras’ free kick in just the ninth minute for a 1-0 lead. It was only a matter of minutes before Sacramento equalized. Lee Nishanian was called for a foul inside the box, and Guzman stepped up to draw things level.

He later handed Sacramento the lead with a second converted penalty kick midway through the first half, and suddenly Los Dos were declining in influence. The response came in the 67th minute, with Raul Mendiola playing in a low cross from the right to find Travis Bowen who applied the one-time finish.

Just as the game looked like it would end in a draw, Lopez stepped up. David Estrada got behind the Galaxy II defense before setting up Lopez for the tap-in winner.

Here are some more recaps of this weekend’s USL action:

As the Cascadia rivalry returned to USL, Darwin Jones seized the chance to take center stage.

With momentum after last week’s 4-2 win against Sacramento, S2 were rampant in front of goal. After Craven headed in a rebound just 10 minutes after the opening goal, Jones made it 3-0 before halftime by converting on a cross to the back post.

His hat-trick came just minutes into the second half when Whitecaps 2 failed to clear the ball properly. S2 has now scored eight goals in two games.

There were plenty of firsts on Real Monarch SLC’s trip to the northwest on Sunday, but only the Portland Timbers 2 came away with their first win.

Two goals from Kharlton Belmar led T2 to a 3-1 win in its debut game against the Monarchs at the University of Portland’s Merlo Field. Coco Navarro scored the visitors’ first goal of their inaugural season in the 59th minute.

By then, T2 already had a three-goal cushion through Belmar and a 57th minute diving header by Rundell Winchester.

Magnus Rasmussen scored the first goal in Louisville City history in the 20th minute. The lead was doubled in the 67th minute by Charlie Adams to provide fans at Louisville Slugger Park with an enjoyable afternoon.

In front of a sellout crowd at ONEOK Field in Tulsa, Energy FC captain Michael Thomas did his best to quiet things down with a header in first half stoppage time to put the Roughnecks behind.

Despite a dominant first half, fans had to wait until the 71st minute before Brady Bellew’s 71st minute strike equalized for the Roughnecks and also handed the organization its first ever goal.

Here is a full look at this weekend’s USL results