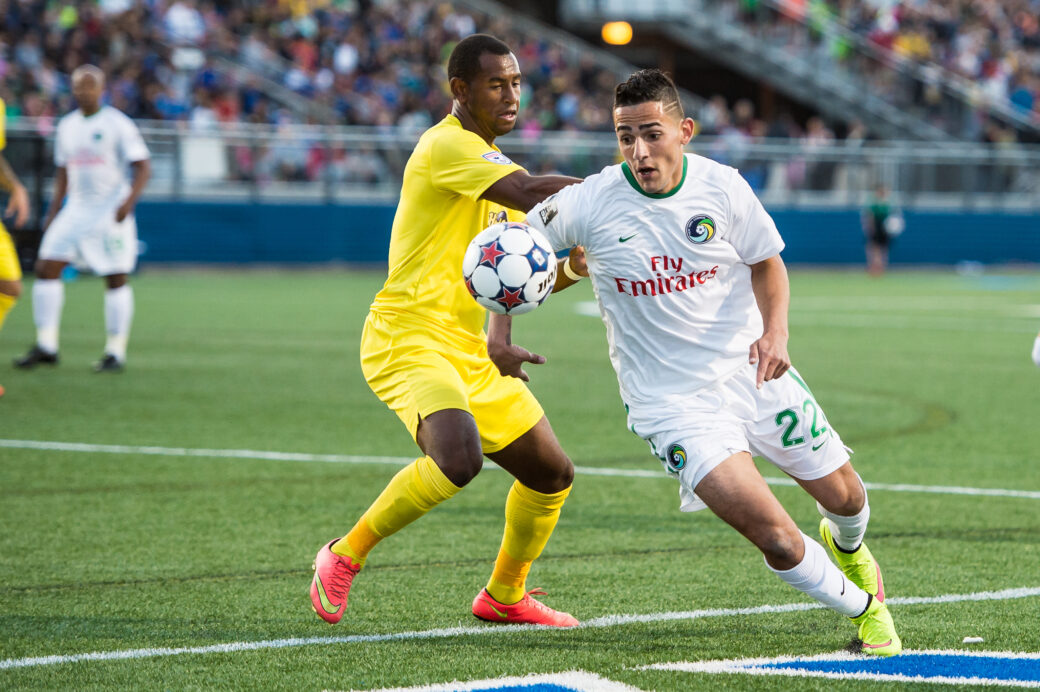 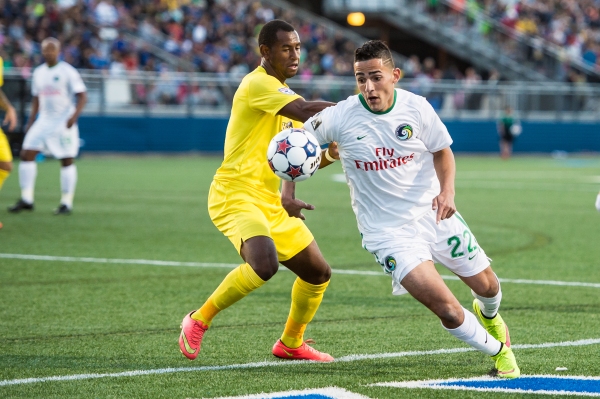 Goals from Marco Senna and Leo Fernandes on each side of halftime was enough to help give the Cosmos a 2-0 victory over the Tampa Bay Rowdies in front of a sold-out crowd of 12,550 at Shuart Stadium on Saturday night.

The victory improved the Cosmos to 2-0-1, and moved them into sole possession of first place in the NASL. The loss dropped Tampa Bay to 1-1-1.

The battle of unbeaten clubs was rather one-sided, with the Cosmos taking the lead after just 10 minutes courtesy of a Senna penalty kick. Rowdies defender Darnell King was whistled for a handball in the penalty area. Senna converted the kick to kick off celebrations, and put Tampa Bay on the back foot.

Thomas Rongen’s club never really got going, and almost made it 2-0 in the 33rd minute when defender and captain Tamika Mkandawire headed a ball toward his own goal that required an acrobatic stop from Rowdies goalkeeper Kamil Contofalsky.

The Cosmos midfield controlled much of the play, with Walter Restrepo and Senna pulling the strings, and Fernandez  and Raul stretching Tampa Bay’s defense.

It took the Cosmos just three minutes into the second half to find an insurance goal, as Restrepo stormed down the right flank before slotting a pass to the center of the penalty area, where an unmarked Fernandez raced in ahead of Raul to deposit his second goal of the season.

Tampa Bay came close to scoring mid-way through the second half, but Robert Hernandez saw his close-range shot miss by inches on what was the Rowdies best chance of the night.

Raul’s home debut was an impressive one, as the former Real Madrid star showed his quality on several occasions, though he was unable to find the net.

Cosmos goalkeeper Jimmy Maurer made two saves to record his second shutout of the season.