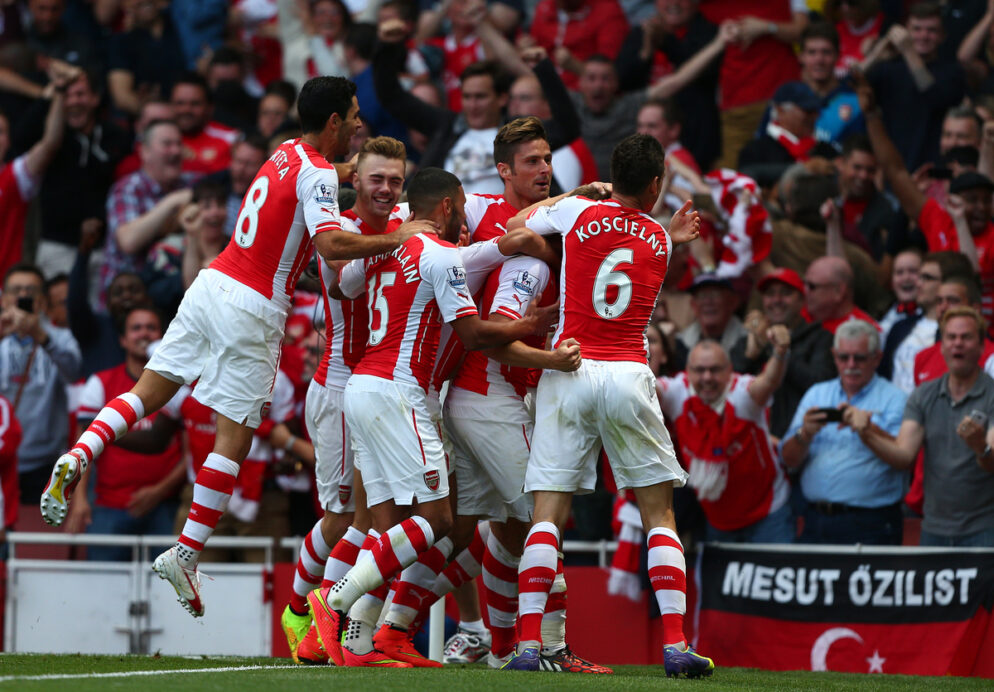 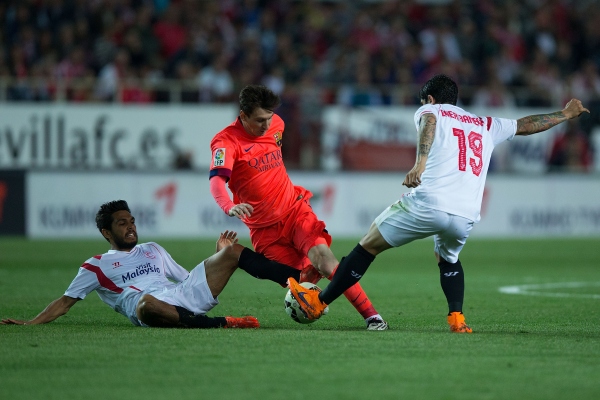 Initially, Barcelona’s away game against Champions League-chasing Sevilla looked like it would be a walk in the park.

The second-half substitute struck just 10 minutes after coming onto the field in a 2-2 draw that might drastically affect Barcelona’s title bid. Now Real Madrid sits two points behind the Catalan side, waiting for any more slip-ups.

Lionel Messi scored in the 14th minute to put Barcelona ahead, and the lead doubled in spectacular fashion. Neymar sent a free kick bending into the far left side, well out of Sergio Gonzalez’s reach.

Seven minutes later, Ever Banega changed the mood. The Argentine’s thumping strike hit Claudio Bravo in the hands, but the goalkeeper didn’t have enough to keep the ball from settling in the left side.

Sevilla made its few chances count, especially in the 84th minute. A poor Gerard Pique pass helped spark the decisive counterattack, as Aleix Vidal’s diagonal pass from the right seemed to catch the Barcelona defense off guard when Gameiro snuck in behind to bury the equalizer.

Elseshwere, Arsenal won its eighth straight league game in a 1-0 victory against Burnley. Parma pulled off a Serie A shock by beating league leaders Juventus. while Dortmund suffered defeat on the road in Germany.

Here is more from Saturday’s action in the top European leagues:

Though the challenge isn’t significant, Arsenal is keeping at least a tiny amount of pressure on league leaders Chelsea.

The Gunners’ 1-0 win against Burnley pulled them to within four points of their London rivals, though Chelsea does have two games in hand. Arsenal has now won eight straight league games since February, the club’s longest winning streak since “The Invincibles” did it from January to March of 2004.

That form was once again on show at Turf Moor on Saturday, though it isn’t reflected in the amount of goals. The Gunners dominated with 70  percent of possession and six shots on goal. Burnley’s four shots at the other end caused David Ospina some trouble, but not enough to break through.

Aaron Ramsey provided the winning goal in just the 12th minute. Alexis Sanchez had two shots blocked, and Mesut Ozil had one saved before the Welsh midfielder finally fired the ball into the roof of the net.

Christian Benteke secured another vital result for Aston Villa, a 1-0 win on the road against Tottenham, in the race to avoid relegation. The Villains now sit six points away from the relegation zone.

Benteke struck in the 35th minute, rising to head Leandro Bacuna’s cross inside the far left post. It was one of three Villa shots on goal. Spurs put five on target, but they were unable to beat Brad Guzan in goal.

Here is a complete look at Saturday’s results from England:

Javier Hernandez started and scored in place of Karim Benzema as Los Blancos defeated Eibar 3-0. The result reduces the gap at the top in La Liga to just one point.

Los Blancos’ opponents for that Champions League quarterfinal, Atletico Madrid, had a more difficult time in a 2-2 draw against Malaga. From one goal up to one goal down, Antoine Griezmann stepped up to salvage a point for Atleti in the 78th minute.

Days after winning its first game in three months, Parma pulled off an even bigger result by beating league-leaders Juventus, 1-0. Some 54 points separate the two clubs. While this was evident, Parma only needed a single shot on goal to make the biggest difference.

In the 60th minute, a missed interception by Giorgio Chiellini turned into the game’s biggest moment. Ishak Belfodil’s cross into the area was finished off by 18-year-old Aregentine Jose Mauri.

Juventus outshot their last-placed opponents 11-6, though only three of their shots were on target. Minus Carlos Tevez and Paul Pogba, a dominant Juventus was missing that lethal attacking element.

After beating Hoffenheim in extra time in the DFB Pokal a few days ago, Dortmund was perhaps lacking energy in its continued effort to climb away from the bottom half of the table. Starting with Oscar Wendt’s opener in the first minute, M’gladbach scored three straight before Ilkay Gundogan hit back for Dortmund in the 77th minute.

Patrick Herrmann doubled the lead for M’gladbach on a counter-attack, slicing through the Dortmund defense before laying the ball off for Raffael to finish. Havard Nordtveit then scored off of a rebound to make the deficit insurmountable.

Leaders Bayern Munich eased to a 3-0 win against Eintracht Frankfurt behind two Robert Lewandowski goals. Bayer Leverkusen remains in fourth place after holding off a late Mainz charge to win, 3-2.

Here is a full look at Saturday’s Bundesliga results: