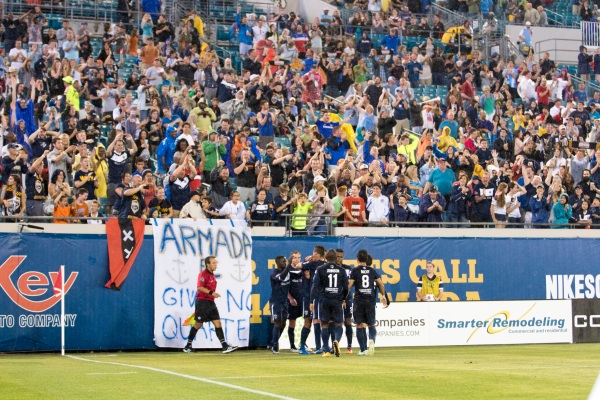 When it came to starting life in professional soccer, the Jacksonville Armada wasted no time.

Jemal Johnson’s goal 12 seconds into the first match in Armada history set an NASL record and led NASL’s newest team to a 3-1 win against FC Edmonton in front of a league-record crowd of 16,164.

While the fans had to wait to truly celebrate the Armada’s first win, they barely had to wait at all to celebrate the first goal. Lucas Trejo immediately found Johnson, who turned in space before unleashing a 28-yard strike for a 1-0 lead.

Though Edmonton put six shots on target, the Armada did more with their five. Keita doubled the lead in the 43rd minute, and two minutes later, Flores arrived at the back post to head in Bochy Hoyos’ cross for a three-goal lead by halftime.

Jones’ answer in the 52nd minute, a low-shot inside the near left post, was only a consolation for Edmonton, who will host Carolina RailHawks next Sunday. The Armada play in-state rivals Fort Lauderdale Strikers on Saturday.