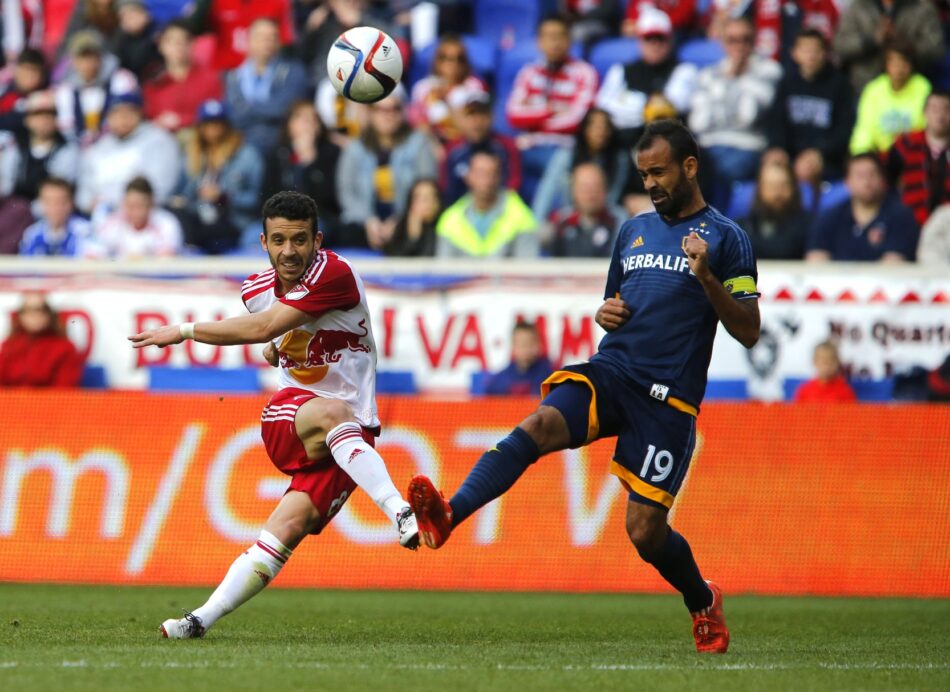 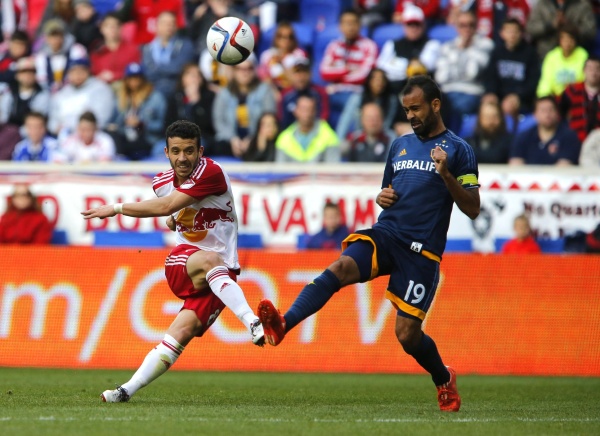 For a majority of their unbeaten start, much has been made of the defensive prowess of the New York Red Bulls midfield and the constant pressure they apply on the defensive end. However, Sunday’s performance against the LA Galaxy was yet another reminder that the Red Bulls unit has the ability to get forward as well, even its goal came via a lucky bounce.

In Sunday night’s 1-1 draw with the LA Galaxy, it was Felipe that proved to be the Red Bulls goalscorer, etching his name as the sixth different Red Bull to find the back of the net in as many games.

With the goal, Felipe joins Beadley Wright-Phillips, Mike Grella, Lloyd Sam, Sacha Kljestan and Damien Perinelle in this list of Red Bulls goalscorers, demonstrating once again that the team’s midfield group can do much more than pressure the opposition.

While the group’s pressing style remains its calling card, Felipe and co. also take the opportunity to get forward and contribute on the attacking end, something that paid major dividends in Felipe’s positioning on the Red Bulls goal.

“We’ve been working on the defensive part, but that time I followed the action,” Felipe said of his finish, one that saw a blocked shot bounce off his face in the perfect example of right place, right time. “The ball came right to my head. That was the goal. I was completely lucky, but the important thing is that I scored. I don’t score many.”

Felipe himself may not score many, but the Red Bulls have found ways to spread the wealth as a team, ensuring that this season’s team is well-stocked with weapons as opposed to the Thierry Henry-reliant squads of years past.

In particular, the midfield has proven particularly dangerous behind the ever-active Wright-Phillips, as head coach Jesse Marsch has given his unit the freedom to attack at each player’s discretion.

“I think he just lets us be free and move around and he wants guys like Sacha and Felipe in the box and then it’s up to the players when they’re on the field to freestyle and get forward when they can,” Sam said. “It’s not really like robot commands that he gives players on the attack anyway.

“I would give credit to Felipe on the goal for actually being there. He lets us do what we want on the attack, if I’m being honest.”

Despite the recent successes, captain Dax McCarty believes that there is still plenty of work to be done.

McCarty admits that the Red Bulls have become plenty confident, and at times even too much so, in their ability to boss a game and make an impact on the attacking end. For McCarty and the Red Bulls, the challenge now comes in consistency and improvement, something that will come in time for a unit still adjusting and learning under a new system.

“We’re all comfortable players on the ball. Sometimes maybe a bit too much,” McCarty said. “I know personally I got caught on the ball a few times in the second half in positions where I shouldn’t have given the ball away, but I think that’s our job is to get the ball in tough spots and try to get the team out of tough situations and get us forward and try and create chances.