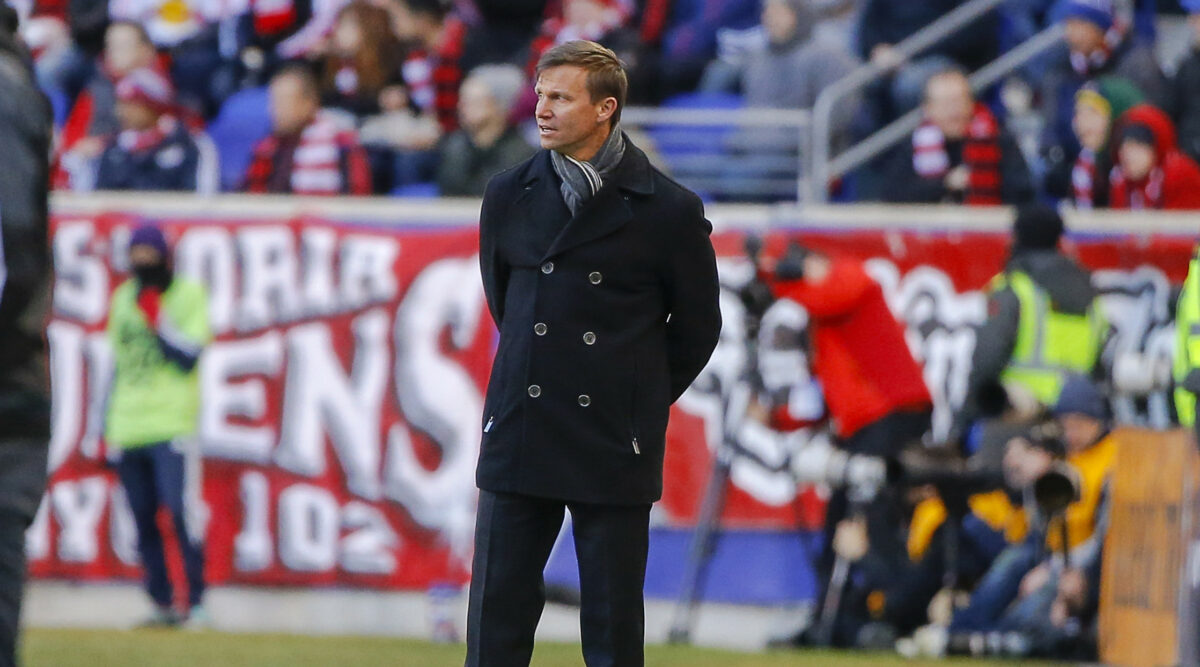 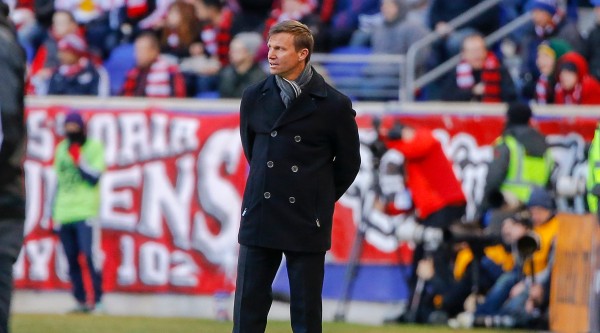 Under a new regime, the New York Red Bulls are embracing the role of analytics and statistics, and those stats say that set pieces should to become a focal point in the team’s preparation going forward.

Set pieces were responsible for three of the four goals scored in last week’s draw with D.C. United, and head coach Jesse Marsch believes increased efficiency from dead-ball situations can make the Red Bulls one of the toughest match-ups in the league.

“With the way that we’re able to play, if we can also be good on set pieces that is a recipe for us to be successful in this league,” Marsch said. “We’ve calculated that 32% of goals so far in the league have been from set pieces, so that’s obviously a very high percentage.

“We want to make sure that we address that area of the game in the right way.”

Marsch noted that the Red Bulls went away from designed short corners against D.C. United and instead put the ball into the box, hoping his players could win their individual match-ups.

Here are some more Red Bulls news and notes:

The Red Bulls defense held sturdy through the opening stretch of the 2015 season despite the absence of projected regulars Roy Miller and Ronald Zubar, but Marsch says both are nearing their return.

Miller and Zubar resumed training this week and could see action as soon as this weekend against the San Jose Earthquakes. Zubar has been out of action since an injury in the team’s opening day draw with Sporting KC, while Miller has not yet played in the regular season.

The duo’s return would certainly boost the back line, but Marsch remained uncommitted on who will start this weekend, as Matt Miazga and Kemar Lawrence have filled in capably so far.

“We’re hopeful that (Miller and Zubar) are available for Friday,” Marsch said. “Today was a big step in the right direction, and we thought it would be so we’re kind of on pace for them to be available and then there will be a decision on whether to use them from the start or use them off the bench.

“I think that Roy and Ronald are both established guys who have earned the right to be treated as starters. I think that Matt and Kemar have filled in very well and it’ll come down to decisions.”

The Red Bulls have relied heavily on Kemar Lawrence during Miller’s absence and Marsch continues to speak highly of the 22-year-old defender.

Signed on March 16, the Jamaican international Lawrence has stepped right into the Red Bulls starting XI and played all 90 minutes in two of the team’s three games since his signing.

“When we started looking at him, he clearly showed physical qualities that fit the style we were going to play,” Marsch said. “But one of the things that came across was that he played in some big games for the national team and, for a young guy, he was fearless.”

Lawrence has proven himself a viable option at fullback, showing both skill and confidence.

“We brought him into camp on trial and from day one he took the opportunity and ran with it. He’s got a confidence with him that’s not cocky, it’s real. He comes to work everyday and tries to think about getting better and he likes being here. In all ways, he’s been a good fit.”

Following the departure of Thierry Henry, Tim Cahill, Jameson Olave and Mike Petke, the Red Bulls were in for a shake-up in the leadership department this season.

Marsch said the team has adopted a group-based approach.

“There is belief here and it does come from a lot of guys,” Marsch said. “Certainly, I told them that I was very proud of them after the (D.C. United) game and we’re going to have to draw on that belief and character in the future.”

Is Marsch right to focus more on set piece scoring? What impact will Miller and Zubar’s returns have on the defense? Do the Red Bulls have enough leadership?