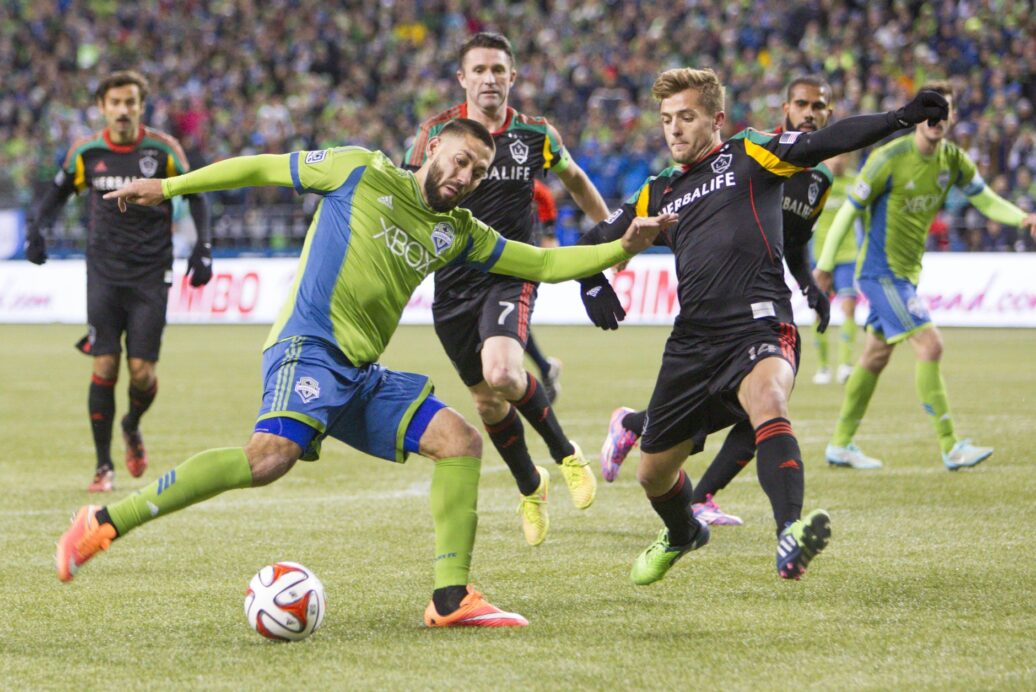 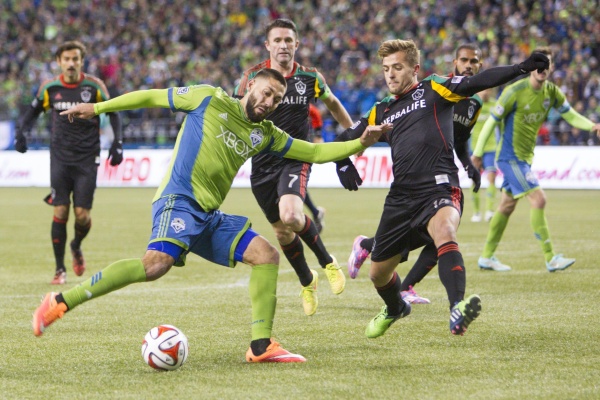 After being eliminated by the eventual champions in last year’s Western Conference finals, the Seattle Sounders have a chance to claim some early-season revenge Sunday against the LA Galaxy.

Fresh off a victory over the Houston Dynamo, the Sounders appear to be meeting the Galaxy at the right time, as the team has been bolstered by the reintroductions of Clint Dempsey and Obafemi Martins. The Galaxy, meanwhile, have seen their highly-regarded strikeforce struggle, held scoreless for two straight games.

The West isn’t alone in boasting a matchup of contenders, as D.C. United plays host to the rival New York Red Bulls less than a month after Jesse Marsch’s side proved dominant at Red Bull Arena.

After grabbing 10 points from the club’s first four games before falling to the Timbers last time out, the struggling Colorado Rapids come as a welcome sight to an FC Dallas side in need of a rebound.

The Rapids enter the weekend having yet to score a goal, although Pablo Mastroeni’s side does have three points to show for efforts thus far. In their way stands an FC Dallas team that has had no problem finding the back of the net, as the club’s seven goals, including three from Blas Perez, are currently good for second-best in the league.

Following a hard-earned draw agains the Vancouver Whitecaps midweek, the Columbus Crew are forced to bounce back quickly without their strongest midfielder.

Wil Trapp is set to miss this weekend’s meeting with the New England Revolution due to concussion symptoms, leaving a hole in the Crew midfield. Those midfield problems could be further exposed by the reintroduction of Jermaine Jones, who may return for the Revs this weekend after missing the start of the season following surgery.

Following all of the goalkeeping troubles that have plagued the Philadelphia Union this season, John McCarthy is set to get his chance to shine.

The Union have turned away from former starter Rais M’Bolhi after a series of blunders, putting things in the hands of the former USL standout McCarthy. In his way will be an NYCFC side that struggled against Sporting KC last time out, but will be bolstered by the return of nearly its entire forward unit in David Villa, Adam Nemec and Khiry Shelton, each of whom missed out last game.

One of the league’s fiercest rivalries is set to occur for the second time in a little over three weeks as the Red Bulls travel south to take on D.C. United.

The last meeting between the two proved to be a rout, as the Red Bulls trounced D.C. at Red Bull Arena. In response, D.C. United has rattled off consecutive victories, but Ben Olsen’s side will need to show it can respond to the high-pressure system put forth by Dax McCarty, Sacha Klejestan and Felipe.

To this point, the Montreal Impact’s biggest successes have come in CONCACAF Champions League play, but their league form will need to be remedied sooner rather than later.

With just two points from three games, the Impact have struggled in MLS play, highlighted by the injury losses of Justin Mapp and Cameron Porter. Those struggles can be mended Saturday in a match with the Dynamo, who have scored just twice this season and could feature a less-than-healthy Giles Barnes.

In a clash of two of Western Conference playoff contenders, Real Salt Lake travels to Sporting KC in a real measuring stick contest.

Sporting KC has been elevated by the play of centerback Ike Opara, who has proven dominant on both the attacking and defensive ends to this point, but it appears that the team will be without Graham Zusi due to a hamstring injury. Both Opara and the rest of the SKC defense will be tested by Javier Morales and co., who are currently in a shift away from the club’s patented diamond formation.

The Octavio Rivero show was on display once again in midweek and is set to make its next stop at the newly-opened Avaya Stadium.

Rivero has proven to be a star in the early season, scoring five goals to lead the Whitecaps to the top of the league table. The Earthquakes, meanwhile, have been as inconsistent as Rivero has been steady, and the suspension of forward Innocent Emeghara won’t help matters.

Both the Portland Timbers and Orlando City have proven to be dominant at times, but both sides enter Sunday’s matchup without the results they likely deserve.

The Timbers are fresh off of the team’s first win of the season over FC Dallas, one highlighted by the postgame controversy now recognized as Tissue-gate. Caleb Porter’s now faces an Orlando City side that is yet to click, as Kaka and co. have only been able to muster four goals from five games to start the season.

While the start of their 2015 campaigns haven’t quite lived up to expectations, the LA Galaxy and Seattle Sounders can right some of their early-season wrongs against one another Sunday at StubHub Center.

The LA Galaxy remain winless since opening the season with three points against the Chicago Fire and have failed to score in each of the team’s past two games. Meanwhile, the Sounders’ early-season struggles seem to have been overcome with the leadership of Obafemi Martins and Clint Dempsey, who has contributed three goals and two assists in his last two contests.