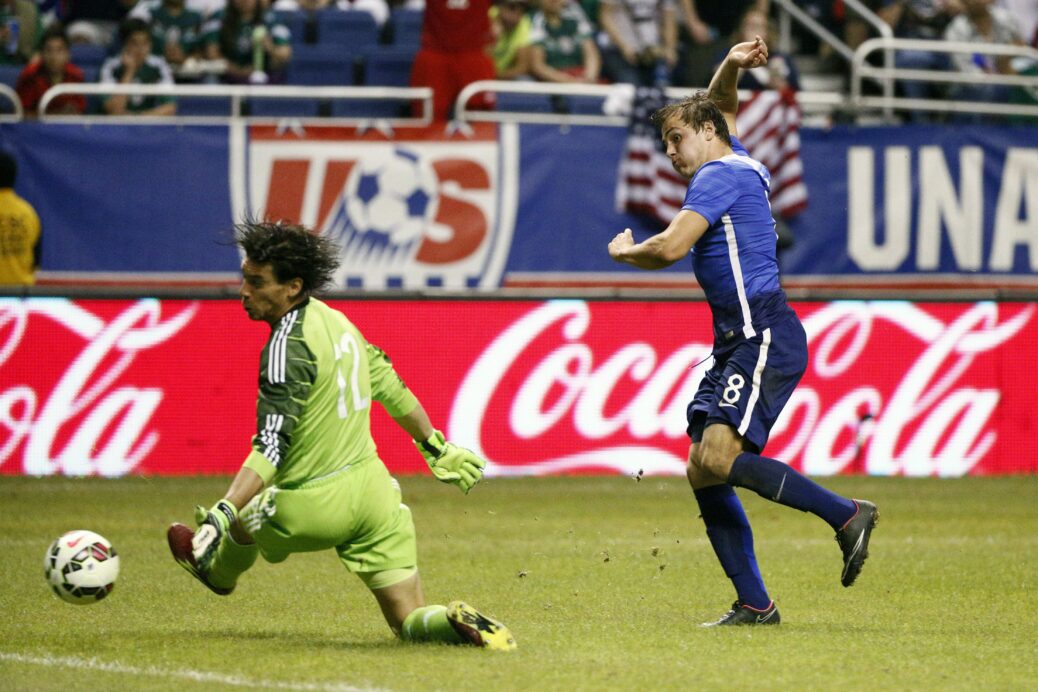 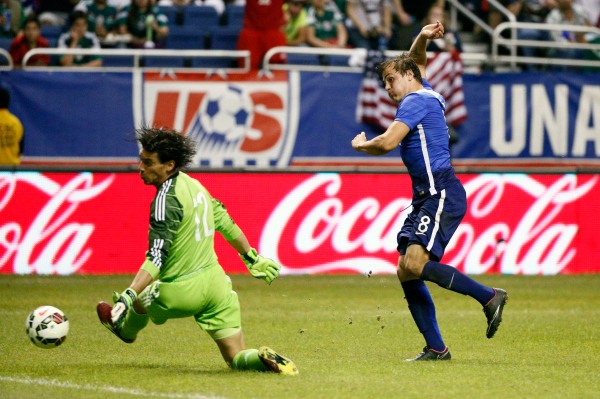 The U.S. Men’s National Team has gone undefeated against Mexico during Jurgen Klinsmann’s tenure, and the Americans remained so on Wednesday via an all too familiar scoreline.

The U.S. picked up its latest 2-0 triumph over its southern rivals at the Alamodome in San Antonio, Texas on Wednesday night, using a pair of second-half goals to improve to 3-0-3 against El Tri under Klinsmann’s watch.

Jordan Morris, the sophomore Stanford forward who earned his first U.S. start in the friendly, netted the winner four minutes after halftime. Juan Agudelo then put the game out of reach after replacing Morris, firing home a shot in the 72nd minute of his first international appearance in more than a year.

Mexico had looks of its own to find the back of the net in a match played in front of a sold-out crowd of more than 64,000, but a U.S. defense led by Omar Gonzalez and Ventura Alvarado held firm en route to record the Americans’ second shutout of the year.

The one real negative for the U.S. came in the 63rd minute, as midfielder Kyle Beckerman had to be substituted after suffering a left thigh contusion without any contact.

Playing in a 4-4-2 diamond formation, Klinsmann’s side dictated the tempo for much of the match despite playing on a bumpy field. It was Mexico, however, that looked most threatening in the final third late in the first half.

Eduardo Herrera came close to opening the scoring in the 40th minute, smashing a shot into the sidenetting following a strong low cross from Gerardo Flores on the right flank.

The U.S. regrouped after the intermission, and found pay dirt in the 49th minute when Michael Bradley avoided pressure deep in Mexico’s half and clipped in a ball to Gyasi Zardes.

The LA Galaxy forward’s ensuing pass bounced off a Mexico defender and fortuitously into the path of Morris, who took a positive first touch forward into the penalty area before calmly slotting a shot past El Tri goalkeeper Cirilo Saucedo.

Erick ‘El Cubo’ Torres, the Houston Dynamo forward on loan to Chivas de Guadalajara, tried to muster up a response nine minutes later for Miguel Herrera’s men. His shot was, however, too tame and right at substitute U.S. goalkeeper William Yarbrough.

After coming on for Morris in the 65th minute, Agudelo gave the U.S. that familiar “Dos a Cero” lead in the 72nd minute. Agudelo acrobatically latched onto a wonderful ball played over the top by Bradley and dribbled horizontally before unleashing a shot that Saucedo let slip under him.

Luis Montes nearly pulled one back for Mexico a minute later, but saw his low line drive curl just wide of the left post.

Bradley nearly added a third for the U.S. in the 78th, firing a corner kick directly to the back post before seeing it cleared off the goal line.

The Americans, who are still preparing for their CONCACAF Gold Cup title defense in July, will return to the field in June. They travel to Europe to take on the Netherlands on June 5 and then battle Germany five days later.

What do you think of the USMNT’s 2-0 win over Mexico? How impressed were you by Morris? Who else do you think showed well for the Americans?