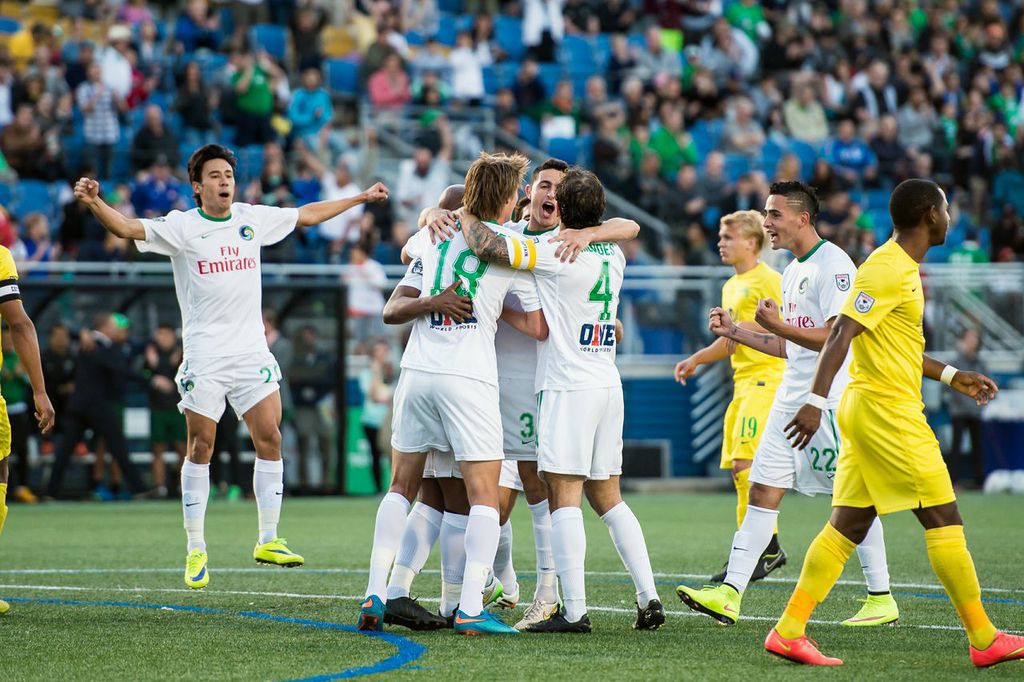 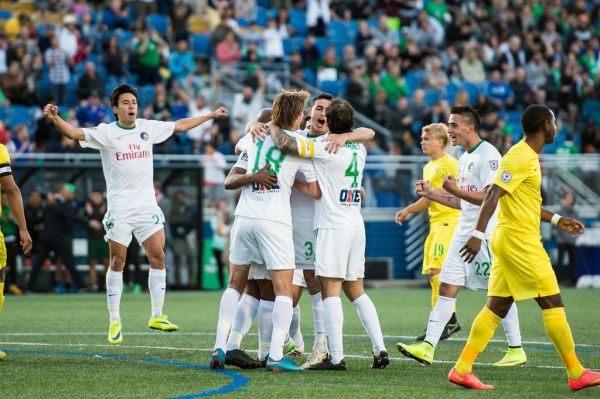 All aboard the New York Cosmos hype train, as the Big Apple side continues to impress after Week Three of NASL action.

Not only did the Cosmos pull out an impressive 2-0 home-opening win in front of a sell-out crowd of 12,550 fans, but they also took down a Tampa Bay Rowdies side that has done well against two preseason favorites in the first couple weeks of play.

The only other undefeated sides left, Indy Eleven and Atlanta Silverbacks, made the biggest jumps up the ladder, moving to second and fourth respectively. And as the only team without points in the 2015 year, 2014 Soccer Bowl winner San Antonio Scorpions sit dead last after dropping their only two games at home.

OUTLOOK: Not only are Indy Eleven one of three undefeated sides left in the NASL, with their win in San Antonio, the Indianapolis side now has more points in three games than it had in the entire 2014 Spring Season. Their away win against the 2014 Soccer Bowl champs skyrocketed their value in this week’s edition, and this year’s campaign looks to be a complete turnaround from last year’s.

THIS WEEK: vs. Jacksonville Armada on Saturday

OUTLOOK: The Rowdies arguably had the best start to the 2015 NASL Spring Season after two weeks, but the Cosmos brought Tampa Bay back down to Earth in Week Three. Yet, the Florida side has already played three of the toughest sides on paper, so things are looking up from this point forward.

OUTLOOK: The third undefeated NASL side had an impressive outing in Cary, North Carolina, as they took down their regional rival with an impressive performance from Shaka Bangura and midfielder Jonathan Okafor, who tallied the game-winning goal for the road side. The overhauled side has impressed to date, but they’ll welcome their biggest test of the 2015 season this Saturday when the New York Cosmos head to Georgia.

THIS WEEK: vs. San Antonio Scorpions on Saturday

OUTLOOK: Something is not quite clicking for the Loons. U.S. Men’s National Team midfielder Miguel Ibarra has not impressed so far this season, and Ottawa Fury FC made United look like the underdogs, as Minnesota was thoroughly dominated, aside from Sammy Ndjock’s performance in goal. Minnesota United has too many attacking options to be struggling like this early on in the season.

THIS WEEK: At Ottawa Fury FC on Saturday.

OUTLOOK: The Strikers received a wonderful performance from Leo Moura on Sunday, but their back line had no answer for the Edmonton attacking options. If not for some amazing stops and saves by goalkeeper David Meves, the Strikers could have let in four or five on the afternoon.

OUTLOOK: Fury FC took it to Minnesota United on Saturday. Led by a solid shift from Tom Heinemann, who had a goal and many other shots and chances on the day, Ottawa insert their name into the discussion, but can Paulo Junior and Heinemann and create week in, week out for the Canadian side?

OUTLOOK: Head coach Colin Clarke said it after the match, “I thought we weren’t great.” The RailHawks star man up top, Nacho Novo, left after 30 minutes of play with a groin injury, and the night would not go as Carolina planned from then on. But all is not for loss, as Simone Bracalello looked lively when he came on for Novo, and Clarke will hope the forward can fill in if needed.

OUTLOOK: The Eddies attack was unstoppable Sunday, as Sainey Nyassi and Lance Laing had a field day on the wings. But questions linger in the back, as Edmonton have let in six goals on the year, the most out of any team in the NASL.

OUTLOOK: The Armada fell victim to the Bye week, as others below them pulled out good results in Week Two. Another important Florida matchup awaits the expansion side on Saturday.

THIS WEEK: At Minnesota United FC on Saturday

OUTLOOK: Sure, winning it all in 2014 may be enough for some fans, but if they want to win another title in 2015, something has got to happen. Two losses at home is not going to cut it this time around, and with stronger opponents on paper coming up in the next few weeks, it may get worse before it gets better for the defending champs.