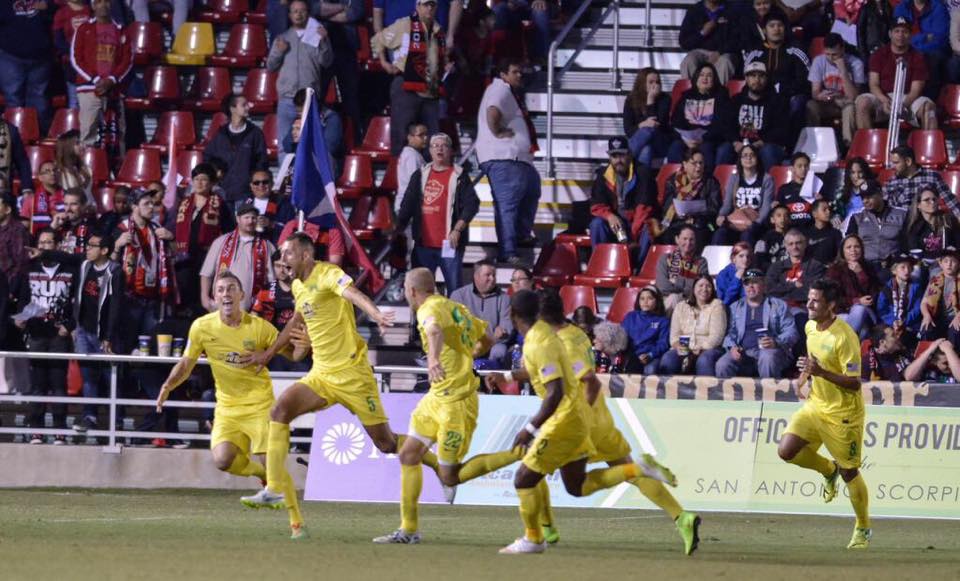 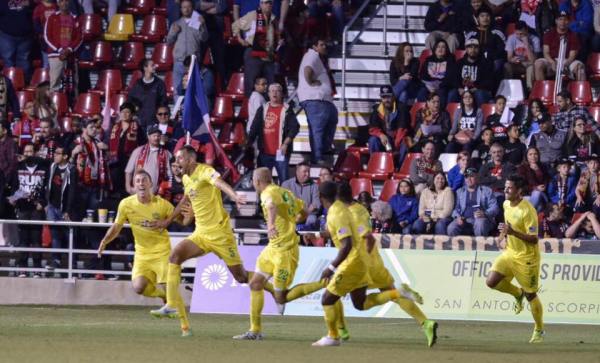 Teams both old and new used the NASL’s opening week to make major statements with their debut performances of 2015.

The Tampa Bay Rowdies used their debut to send a message, topping the reigning champion San Antonio Scorpions on their home field. It was a dominant performance from the Rowdies, whose new look lineup looks set to contend from the start.

Elsewhere, the league’s newest team, the Jacksonville Armada, also proved formidable, defeating FC Edmonton, 3-1, in their first ever game. Taking just 12 seconds to get on the board, the Armada’s debut was virtually flawless, ensuring a move up the rankings.

Here is a closer look at the SBI NASL Power Rankings following Week One:

OUTLOOK: After sitting out the opening week on a bye, Minnesota United finally gets into the action in Week Two. The bye gives Manny Lagos an extra week of preparation to gel his recently-acquired veteran midfield unit to gel with the strikeforce of Miguel Ibarra and Christian Ramirez

OUTLOOK: It wasn’t pretty but, led by a Leo Fernandes finish, the Cosmos took care of business in their opening game against the Cosmos. However, it was not without questions, as Raul’s health is certainly something to keep an eye on going forward.

OUTLOOK: The Rowdies certainly put together the NASL’s most impressive performance in the opening week by swarming the Scorpions on their own field. Thomas Rongen’s rebuilt side looked strong and fluid in their debut with contributions from veterans and youngsters alike.

OUTLOOK: The opening game of their title defense couldn’t have gone much worse for the Scorpions, who were completely overwhelmed by the Rowdies. It was a game that the defending champions were never really in, making this week’s bye week a welcome sight to assess where it all went wrong.

THIS WEEK: At FC Edmonton on Sunday

OUTLOOK: The RailHawks looked solid to kickoff the NASL season by knocking off the visiting Fury FC. Tiyi Shipalane led the way on the attacking end, while Hunter Gilstrap’s penalty kick stop proved to be a major momentum changer en route to a season-opening win.

OUTLOOK: In front of an impressive opening day crowd, the Strikers were dispatched by the Cosmos despite being the more aggressive side. That bodes well for the future as the team looks to work out the early-season jitters.

THIS WEEK: At Fort Lauderdale Strikers on Saturday

OUTLOOK: While the crowd on hand was certainly overwhelming, the most impressive aspect of the Armada’s debut was the team’s play on the field. In the club’s first ever NASL game, the Armada dominated FC Edmonton from the start, signaling that the Armada could possibly contend from the get-go.

OUTLOOK: Indy Eleven showed some character by snatching up a late draw last week against the Silverbacks, ensuring the club wouldn’t end Week One empty-handed. It was far from an impressive performance, though, and the task only gets more difficult this week against the Cosmos.

THIS WEEK: vs. Ottawa Fury FC

OUTLOOK: Although they will surely be disappointed with a draw, head coach Gary Smith can take positives from his new-look side’s debut. Dropping points is concerning, but the Silverbacks looked like a team that certainly be a handful this season.

THIS WEEK: vs. Carolina RailHawks on Sunday

OUTLOOK: FC Edmonton’s season started off about as poorly as possible, conceding only 12 seconds into the team’s 2015 campaign. Saturday’s beatdown at the hands of the Armada was a rough one, and major issues lie in a defense that was opened up three times in the first half.

OUTLOOK: Luck was certainly not on their side, and Fury FC was punished for what turned out to be a damning first half. After conceding a pair of first-half goals and missing a penalty kick, things only got worse for Fury FC, which saw star Julian de Guzman sent off late in the game.