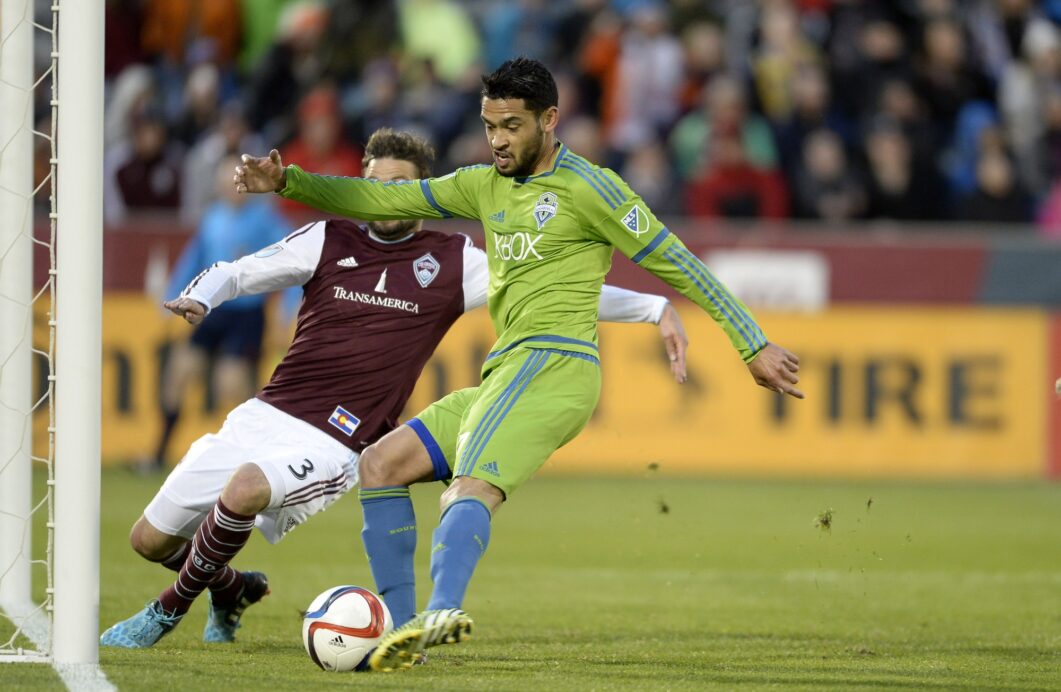 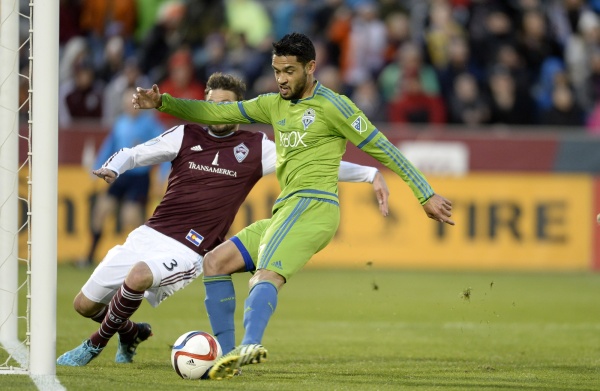 The Colorado Rapids provided a bit of a fight, but it wasn’t enough to keep Lamar Neagle and the high-powered Seattle Sounders attack at bay.

Led by a Neagle brace, the Sounders topped the Rapids, 3-1, Saturday night at Dick’s Sporting Goods Park for the team’s second win in three games.

Neagle’s first finish came in just the fifth minute, seconds after Dillon Powers drilled the post on the other end of the field.

Hitting out on the counter, Neagle cut into the box on his right foot before smashing a curler to the far post, tucking a shot just under the crossbar to give the visitors the early lead.

The Sounders midfielder added a second in the 25th minute, taking advantage of some calamity in the box to give his side a 2-1 lead. Following a save by goalkeeper Clint Irwin, Neagle swooped in behind a bumbling Rapids defense, pouncing on a loose ball to finish from close range to restore the Sounders’ advantage.

Sandwiched between Neagle’s pair of strikes came a finish from Gabriel Torres, who smashed home an assist from Powers in the 22nd minute for his second goal in as many games.

The contest was put to bed in the 74th minute on a finish from Obafemi Martins, his fourth of the season.

Martins’ goal was created by a perfect first touch, as the Nigerian forward’s inital play of a long ball saw him spin right past the Rapids defense. On the run, Martins slipped in all alone, firing past Irwin to lock up all three points for the Sounders.

The Rapids’ second half comeback was not without its share of chances, the best of which came from a curling effort from Lucas Pittinari that went just wide just two minutes prior to Martin’s game-clinching finish.

Following the victory, the Seattle Sounders look to continue to build momentum in a Cascadia matchup with the Portland Timbers on April 26. Meanwhile, the Colorado Rapids host FC Dallas at Dick’s Sporting Goods Park two days prior.