NWSL Week 1: A Look Back 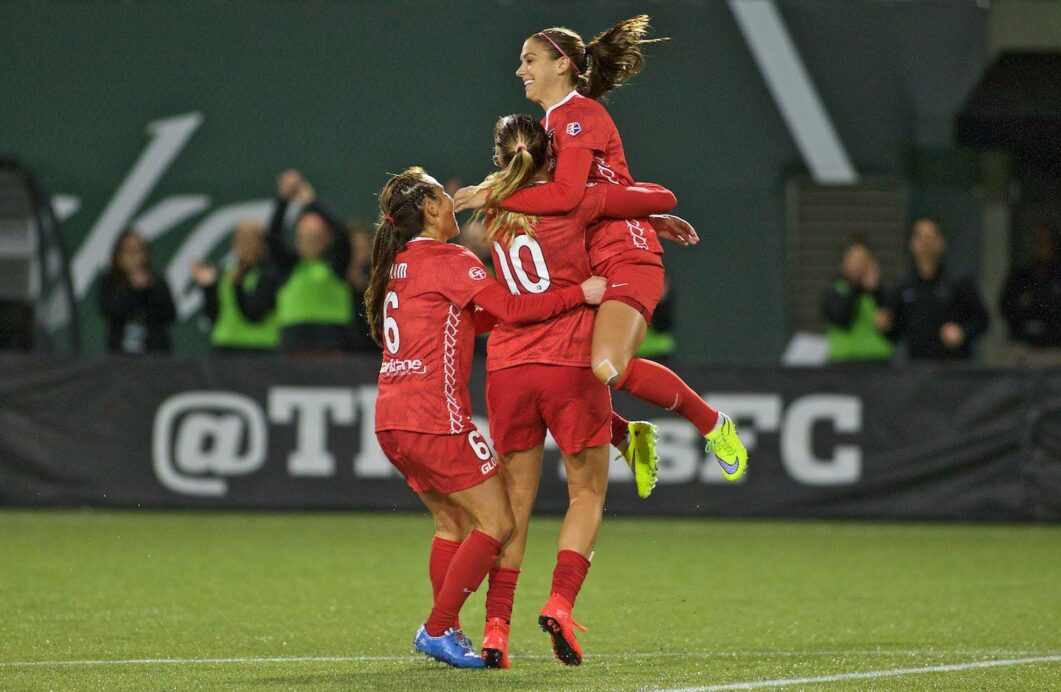 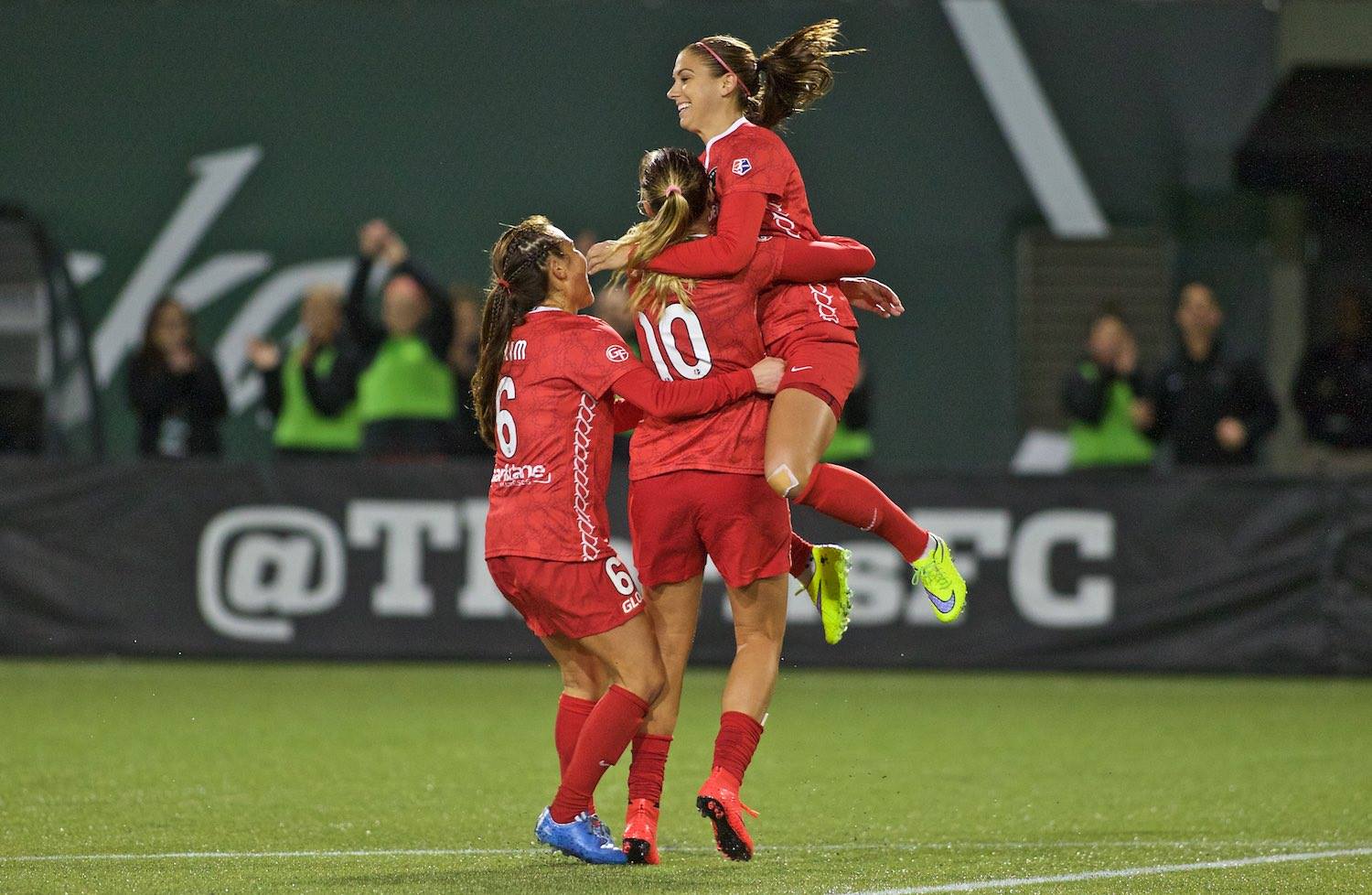 It didn’t take long for the National Women’s Soccer League to record its first upset of the season.

Meanwhile, Sydney Leroux and the Western New York Flash visited her former club, but revenge for her controversial trade was nowhere to be found as last year’s shield-winning Seattle Reign held onto their good form.

In Portland, the early indication was that the Boston Breakers’ offseason moves have failed to make an early impact while, in Houston, the Dash’s roster-building moves are already paying off.

Here’s a closer look at this week’s results:

AFTER KREIGER SCARE, DASH DOWN SPIRIT

The new-look Houston Dash seem to be putting lessons from last year’s dismal season to good use. In front of 6,012 fans at BBVA Compass Stadium, goals from Carli Lloyd and Kealia Ohai secured a 2-0 win over the Washington Spirit on Friday.

The match was marred early by what, at the time, looked like a serious injury to U.S. Women’s National Team defender Ali Krieger. The right back had to be stretchered off in the 17th minute after a head-on collision with Jessica McDonald. Krieger was later diagnosed with a concussion and cleared to travel with the team to Washington D.C.

In first half stoppage time from some 20 yards out, Lloyd found a seam, cut in and fired one of her signature rockets toward goal, which bounced off the underside of the crossbar and in.

Ohai followed up five minutes into the second half. The second-year forward ran into two defenders, cut through and slotted a shot just out of goalkeeper Ashlyn Harris’ reach.

The Dash finished in last place last year, but looked like a more cohesive team on Friday, with rookie Morgan Brian nearly scoring in the 28th minute.

Any questions about what the Portland Thorns will do when Alex Morgan and Christine Sinclair take World Cup breaks were put to rest Saturday.

In a complete team performance before 13,386 fans at Providence Park on Saturday, the Thorns smashed the Breakers, 4-1. Morgan started while Sinclair was unavailable.

Allie Long, a U.S. Women’s National Team pool player who looks likely to be in Portland during the tournament, scored two goals a minute apart, both assisted by Mana Shim. Long’s corner kick in the 21st minute also resulted in Sinead Farrelly’s opening goal of the match.

In the 71st minute, Long collected a through-pass from Shim, dribbled one-on-one around defender Cat Whitehill and fired from the middle of the box. She did the same a minute later, beating Whitehill in the box for the goal.

The Breakers’ Stephanie McCaffrey, the No. 5 overall draft pick, scored her first professional goal on a strike from the top of the box in the 63rd minute.

It should’ve been a good day for FC Kansas City. In front of a large 8,489 crowd at Sporting Park, the reigning NWSL champions set out against Sky Blue FC, a team that struggled for much of the year and missed the playoffs.

But last year, Sky Blue didn’t have forward Nadia Nadim for the first half of the season. This year, they do — and on Sunday, she was the difference in a 1-0 win.

In the 29th minute, defender Meg Morris popped a ball into the box on a challenge and Nadim launched a one-time shot on the bounce that slotted just under the cross bar.

Kansas City looked much like the team that won last year’s title — they out-shot Sky Blue 15-to-5 on the day and moved the ball well through the midfield. Sky Blue goalkeeper Brittany Cameron made five saves on the day, compared to goalkeeper Nicole Barnhart’s two. Indeed, every stat went the hosts’ way except one: goals scored.

Newly minted Western New York Flash player Sydney Leroux may have been looking for a little on-field payback for her former club, but her national team pal Megan Rapinoe made sure it wouldn’t happen.

The Seattle Reign romped past the Flash in front of a small opening-weekend crowd of 2,642 at home on a Rapinoe hat trick to make it 5-1.

Rapinoe scored twice within minutes starting in the 70th minute. She capped off her hat trick in the 87th minute, slotting Jess Fishlock service into the net.

Fishlock scored one of her own to open scoring in the 25th minute, with Rapinoe assisting. Beverly Yanez also scored for Reign.

The Flash’s lone goal came from Jordan Angeli in the 68th minute, who cut the Reign’s lead in half until Rapinoe surged for her hat trick.

What did you you think of opening weekend? Which teams impressed you and which look like they will be in for a long season? Who is your player of the week?