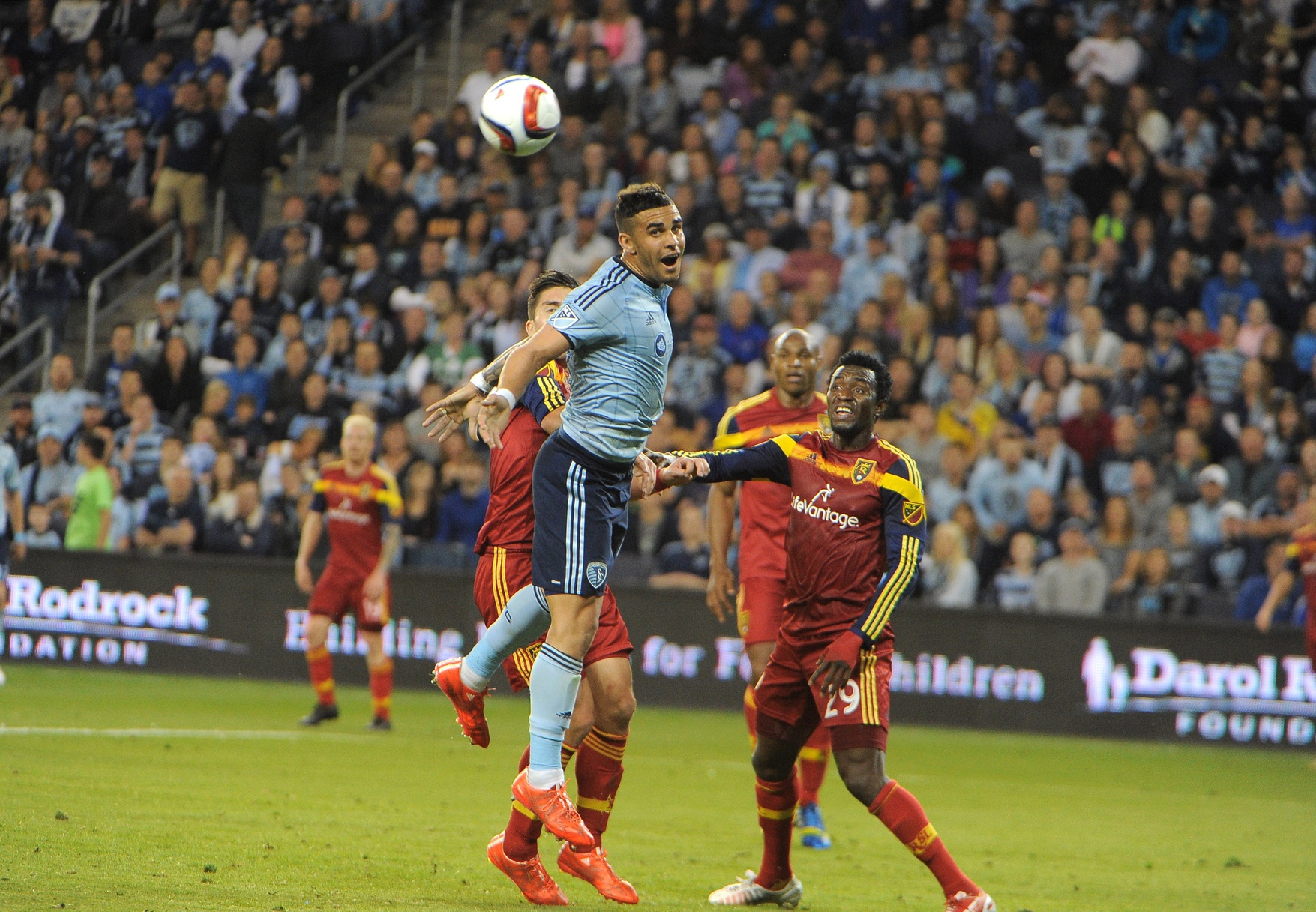 KANSAS CITY, Kan. — Unlike one week ago, there were no heroics in stoppage time at Sporting Park on Saturday. Neither was there through 90 minutes of regulation.

Sporting KC and Real Salt Lake played to a scoreless draw in front of a sold-out crowd of 20,087. The two teams entered the match eyeing a third victory on the season, but came away with a single point.

On 16 shots between the two teams, one did find the back of the net. Sporting KC’s Dom Dwyer found himself on the end of a Benny Feilhaber cross into the box. Dwyer tapped in the cross, but the goal was ruled offside by the assistant referee. Replays indicated that the forward was well offside on the sequence.

Sporting KC finished with 12 shots to Real Salt Lake’s four and held an advantage in possession 54-46. However, the home team was only able to put one attempt on goal — equal with Real Salt Lake.

After three goals were scored in the first 20 minutes last week at Sporting Park, Sporting KC and Real Salt Lake combined for just one shot on goal in the first half. In fact, the visitors’ first shot didn’t come until the 27th minute on a distance effort from midfielder Kyle Beckerman.

Sporting KC proved to be the aggressor for much of the first half with seven shots attempted and 57 possession to Real Salt Lake’s two shots and 43 percent possession. The first shot was the home side’s best, as defender Jalil Anibaba hit a low-driving effort at goalkeeper Nick Rimando who safely kicked it away. Anibaba’s shot was set up by a nifty through ball from defender Ike Opara.

At the half-hour mark, Sporting KC built up another possible scoring chance. This time it was Anibaba who hit a low ball across the field. The ball was dummied to forward Krisztian Nemeth for a cross, but no one in the box was able to get on the end of the pass.

Someone was able to get on the end of a pass inside the Real Salt Lake penalty area in the 55th minute. That player was Dwyer who tapped in the cross for what appeared to be the first goal of the game. However, Dwyer was ruled offside, negating the goal and quality diagonal ball by defender Marcel De Jong early in the sequence.

“Very much so today,” Dwyer said when asked if he was frustrated having three goals called back in the last two games. “Obviously I wanted three points, so it was a more frustrating one. Last week’s ones we got three points, but this week’s one is still very fresh.”

In the 82nd minute, Sporting KC had a scare when Opara went down with an apparent leg injury after trying to make contact on a corner kick. The defender was taken off on a stretcher and helped to the locker room.

“We don’t know, we’ll find out tomorrow or Monday,” Vermes said on the situation. “It’s his ankle/foot — in that area. It’s not the one (leg) he hurt (last year). It could be his calf, but we’re not sure.”

With the scoreless draw, Sporting KC move to 2-1-3 on the season. The team will now travel to Los Angeles for a match against the Galaxy next Saturday.

Real Salt Lake still has not lost on the season, 2-0-3. The team will return home for a match next Saturday against the Vancouver Whitecaps.