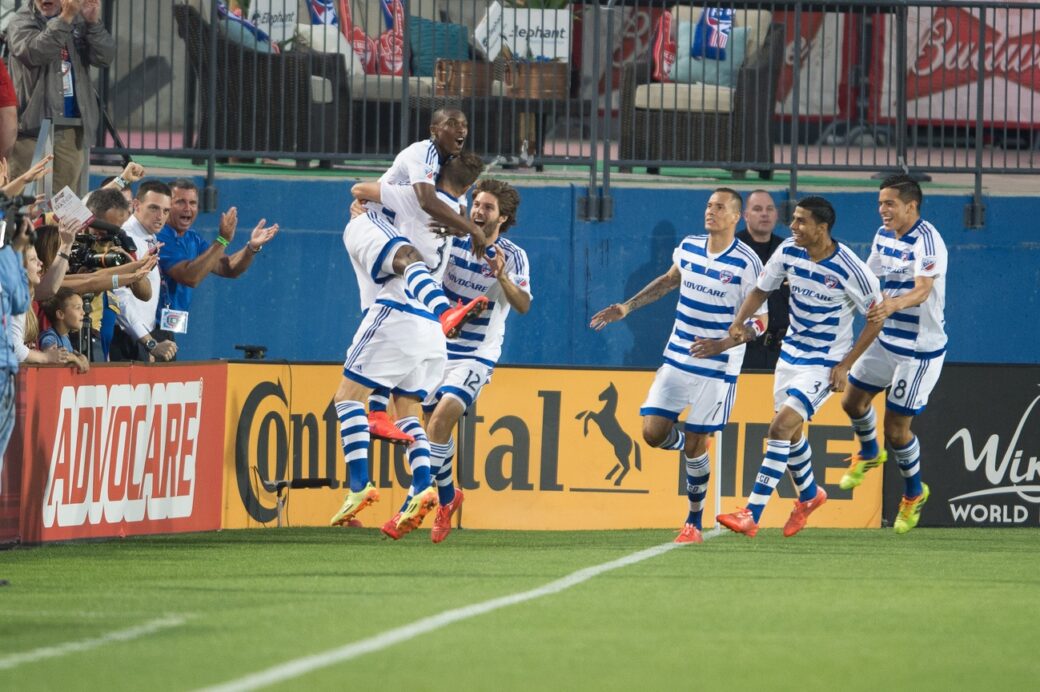 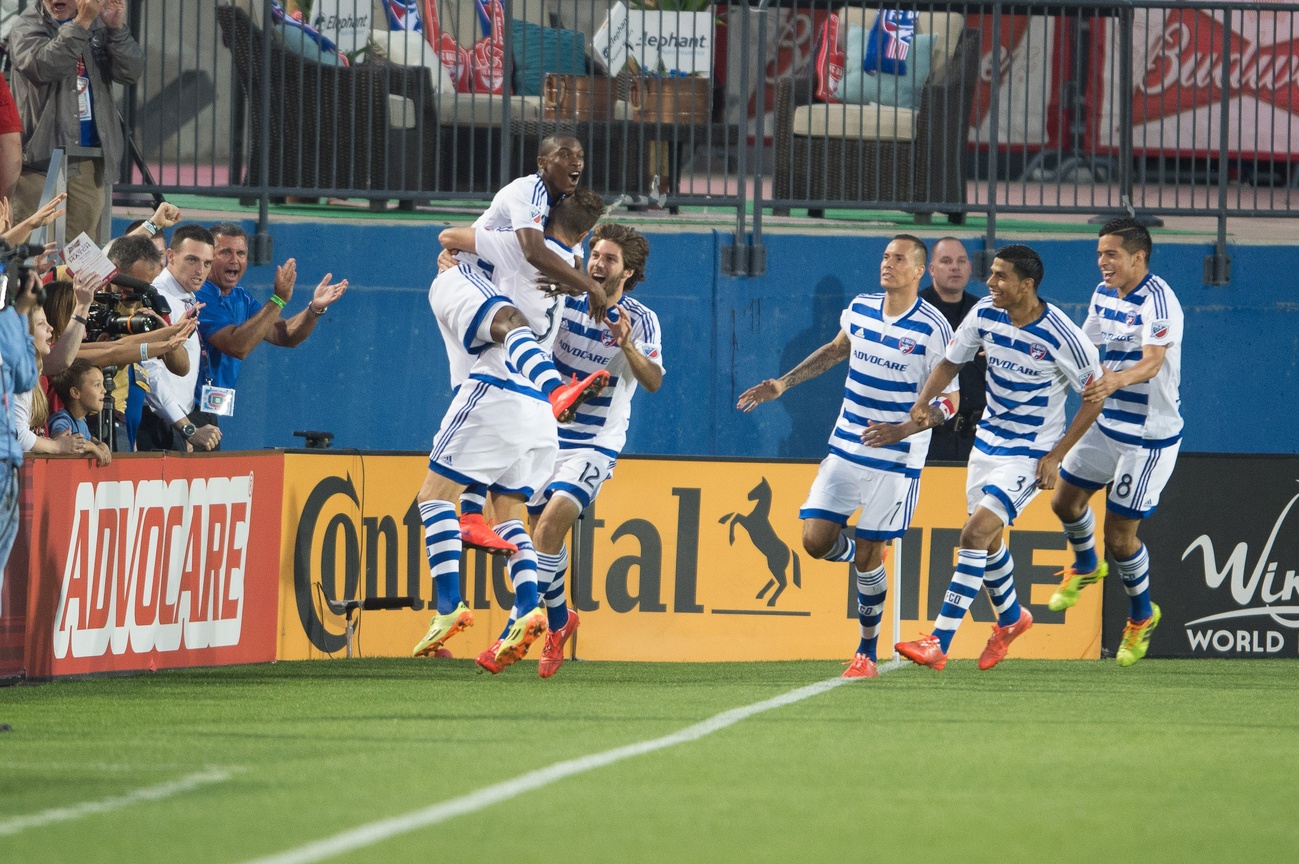 The first half of FC Dallas’ game against Toronto FC was so one-sided, even mother nature thought the fight needed to be stopped.

A delay of more than three hours due to storms in the area helped the visitors at least muster up some resistance in FCD’s eventual 3-2 win. Fabian Castillo and Blas Perez took the TFC defense to task in the first half, before the heavens opened up to alleviate the misery and add a different kind.

Castillo scored both of his goals inside 10 minutes by outrunning the back line down the left, before Perez capitalized on a defensive miscue all before 30 minutes had passed. After the actual storm, TFC went about making this one dramatic.

Specifically, it was Sebastian Giovinco, who first beat his man to the end line and chipped the goalkeeper with seven minutes left. With the clock running out, the Italian’s perfectly placed free kick caused a frenzy that was about four hours in the making. Luckily for FCD, enough damage had already been done.

At times, it was as if Castillo was simply playing by himself. Nick Hagglund clearly had issues marking the speedy Colombian, evident from the first whistle.

Just 32 seconds into the game, Castillo breezed past the right back for the first time while chasing down a long ball from Moises Hernandez. He collected himself before chipping the ball easily right over Joe Bendik’s head and into the net for the fastest goal in FCD history.

Castillo scored his second in the 10th minute, this time sneaking in behind his defender to collect Blas Perez’s pass. He then shifted onto his right foot before curling a shot just out of Bendik’s reach and inside the far post.

After the second goal, Toronto went about establishing themselves at the other end. Michael Bradley’s attempts to run forward out of midfield were sniffed out by the FCD defense, and the only shots that made it to Chris Seitz were partially deflected and easy to handle.

As if the FCD attack needed any help, Toronto gave it some for the third goal. Damien Perquis spent too much time on the ball just outside his box before losing it in a mix-up with Collen Warner. Perez obliged, picking up the loose ball before firing it home to put TFC in a three-goal hole.

The heavens must have felt bad for Toronto, opening up minutes before halftime and forcing the game into a weather delay. It was preceded by the lights going out at Toyota Stadium, presumably because of the impending storm that forced the game into the lengthy delay.

Players came back out to warm-up twice before the all-clear was finally given, and there were still three minutes of the first half to play. After halftime, TFC looked much better, but it was only late in the game — rather, early in the morning since midnight had passed — before they found the back of the net.

In similar style to Castillo, Giovinco took the defense apart by himself. Toronto will want him to carry that into the next match, a Sunday evening kickoff on the road against Orlando City.

FCD also heads away from home for its next match, a Friday night game against the Colorado Rapids.