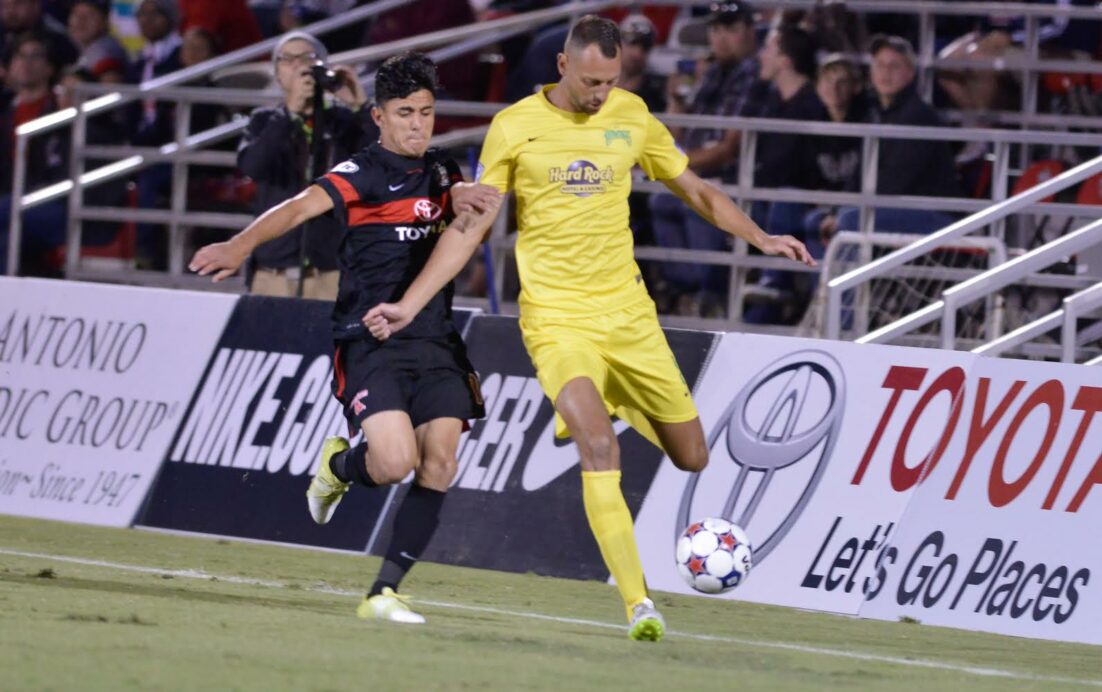 While his primary role with the Tampa Bay Rowdies sees him as a stout defender, Stefan Antonijevic demonstrated on Saturday that he has a bit to offer on the attacking end as well.

Antonijevic kick-started his side’s scoring while also proving to be a rock in defense in the Rowdies’ 3-1 victory over the San Antonio Scorpions, earning honors as SBI NASL Player of the Week.

The 6-foot-6 defender opened the scoring in the 10th minute, rising above his defender to smash home a corner kick and seize the momentum early for the traveling Rowdies. Defensively, Antonijevic cleared a shot off the line while also making a number of big time tackles, helping his team keep a clean sheet until the match’s waning moments.

Antonijevic’s performance on both the attacking and defensive ends earned him recognition as the best player in NASL this week, beating out Tiyiselani Shipalane, Jemal Johnson and Nacho Novo for the honor.

What did you think of Antonijevic’s performance? Which player stood out to you in NASL Week 1?