Revs Notes: Jones prefers midfield; Bunbury has a chip on his shoulder; and more 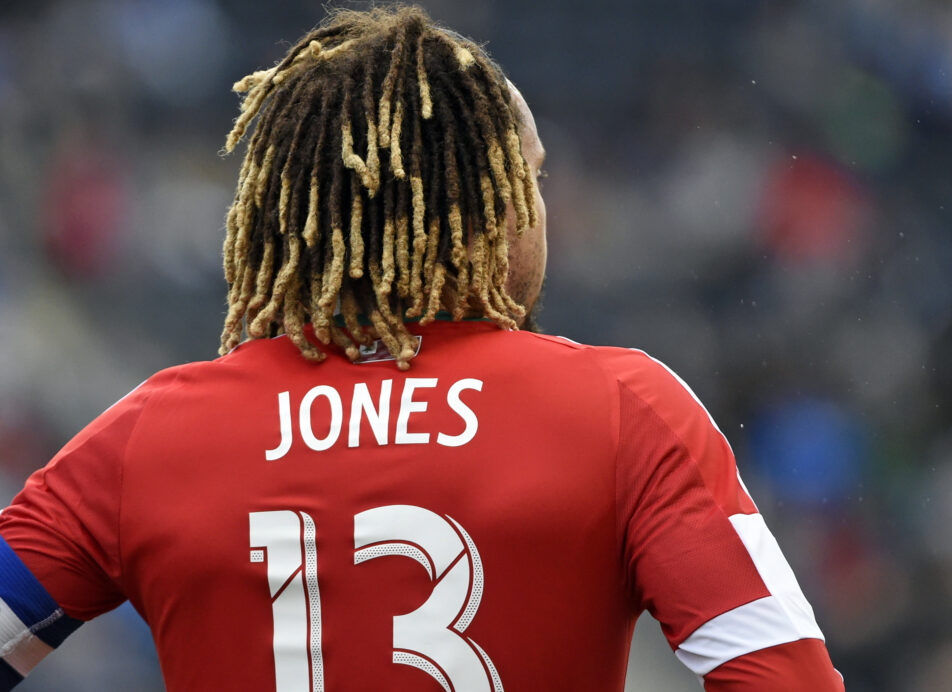 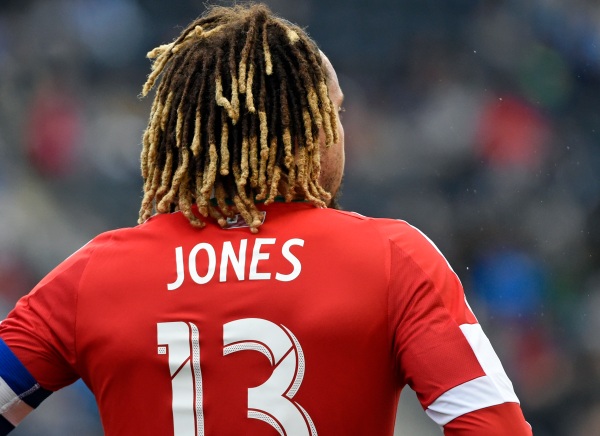 FOXBOROUGH, Mass. — Don’t call Jermaine Jones a center back — at least not in MLS.

The New England Revolution star played 90 minutes for the first time this season in last weekend’s 2-1 win over the Philadelphia Union, but it wasn’t from Jones’ usual perch in central midfield.

Instead, with Jose Goncalves and Darrius Barnes both out injured, Jones filled in as an emergency center back, which is the position he’s played lately for the U.S. Men’s National Team.

“The position is easy to play for me,” Jones said before the Revolution’s training session on Wednesday. “But I knew it before the game that if I play there that maybe after the game a lot of people will say ‘Why he don’t play (center back) always?’ I feel like, right now, I’m still hungry to get more balls and be more involved in the game and that’s why I like to play midfield.”

The 33-year-old Designated Player warned not to expect a position change anytime soon.

“I was saying that one game I was okay,” Jones said. “I told (Revolution head coach Jay Heaps) that. We need somebody, Jose is injured, so I stepped in and played it.”

“Jermaine is certainly someone we can play there any time we want,” Heaps said. “We know he’s very comfortable there, and I think he’s excellent there. We also see him helping the game from the midfield, but it’s great to have options. I think the versatility of Jermaine showed tremendously.”

Teal Bunbury started last Saturday’s game on the bench, but he doesn’t plan to make a habit of it — something that showed in his play over the final half hour against the Union.

Bunbury came on for Kelyn Rowe in the 61st minute and quickly made an impact, setting up Charlie Davies’ 64th-minute equalizer before scoring the winner himself in the 76th minute.

“Obviously, I want to start every game and in my head I feel like I should start every game,” Bunbury said. “But it’s the coach’s decision and I have to be a man about it. When I came on, I just wanted to be dangerous and make an impact.”

Bunbury missed three games earlier this season with a shoulder sprain, but had already worked back up to playing 90 minutes the previous weekend against Columbus Crew SC.

“Maybe a little chip on my shoulder, but I think that happens,” Bunbury said. “Everyone has their own kind of motivation factors and, for me, every game I want to perform, I want to score, I want to get an assist, I want to work hard defensively, so nothing too much different there.”

Bunbury said Heaps explained the personnel decision to him, but the Revs winger wasn’t sharing details, saying, “He did give me a little insight and it’s between him and I.”

London Woodberry’s first MLS stop, as a Homegrown player coming up through the FC Dallas system, didn’t work out as planned, but the Texas native looks like a fit for the Revolution.

Heaps said he thinks the former University of Maryland standout — where he played with former Revs forward Patrick Mullins — can play all four back line positions, and with Goncalves, Barnes and Chris Tierney all dealing with injuries, Woodberry got the call to start at right back.

“We scouted him quite a bit when he played for Maryland, so I saw him play a lot in college and really rated him high then,” Heaps said. “But he was a Dallas Homegrown, so we followed his career a little bit, but he’s not someone you can draft.”

After appearing in eight games for FC Dallas in 2013, Woodberry spent all of last season in USL Pro, playing for Arizona United.

“It was kind of a difficult situation for me,” Woodberry said of joining the Revolution. “I had already signed with a USL team, Arizona, but I got a call from my agent saying that New England wanted me to come on trial. I couldn’t turn that down. I had a good discussion and a good relationship with the people in Arizona, so they were willing to give me the opportunity and let me give it a try.”

Woodberry ended up latching on, and on Saturday he showed the speed, skill and game sense that made him an MLS player in the first place. Bunbury even called him his personal man of the match.

“He was doing everything right,” Bunbury said. “He was in great positions defensively, he was confident on the ball, he played simple when he had to… There wasn’t a moment where I said ‘Oh, he messed up here.’ For me, he had a perfect game.”

Jones said on Wednesday that he wants to play professionally at least until the next World Cup in 2018, and he could see himself remaining in MLS for that duration.

“The only point that I try to talk now with the league about is to maybe get a longer contract that I can switch my kids, too, and my family (from Los Angeles to New England),” Jones said.

Jones said he plans to hang up his USMNT cleats in three years, but could continue after that in MLS.

“My goal is to go to the next World Cup and then retire with the national team and look how I feel,” Jones said. “If my legs is tired and people don’t want to see me when I’m old, then maybe I will say ‘Okay, it’s done.’ But I like it and I have a lot of fun. People give me so much respect here in this city.”

What do you think about Jones’ comments? How should the Revs use Bunbury? Was Woodberry’s performance a sign of things to come or just a flash in the pan?