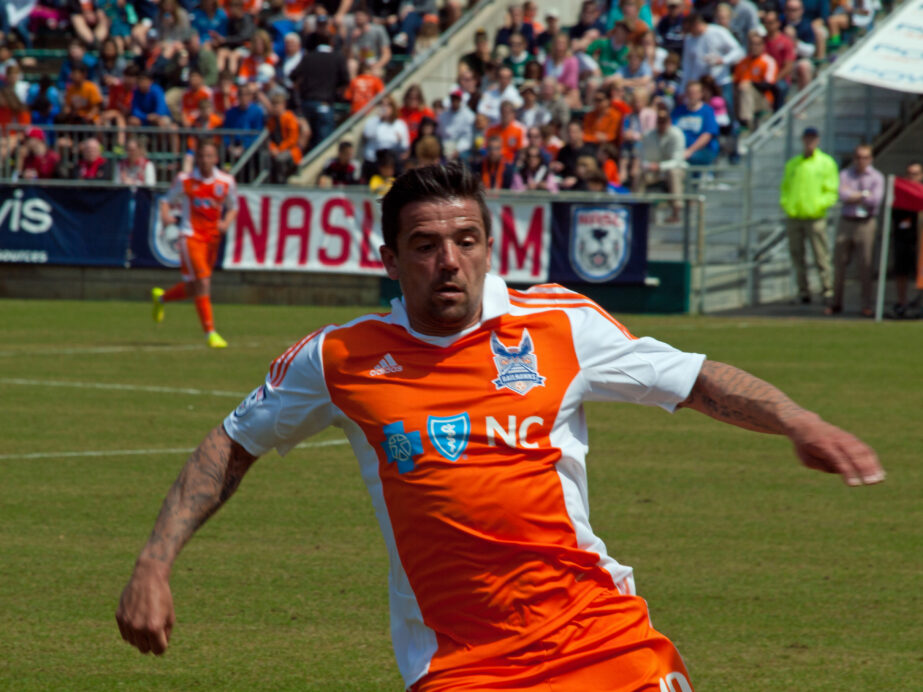 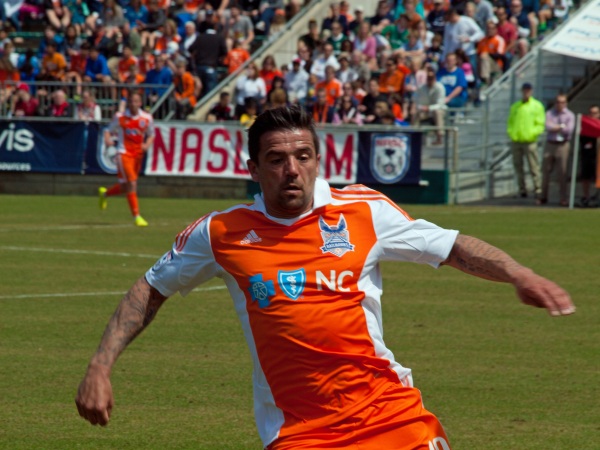 An open-ended first half saw the Carolina RailHawks and FC Edmonton share points, as the two settled for a 1-1 draw in Canada.

Each side came to play on a chilly and windy Sunday afternoon at Clarke Stadium. The first half was filled with end-to-end play, with both sides having many opportunities to break the deadlock throughout the opening 45 minutes. But the RailHawks did enough defensively in the second half to grab a tough point on the road.

The two goals came toward the end of the back-and-forth first half. RailHawks forward Nacho Novo tallied his second of the season with a sumptuous volley from inside the box in the 41st minute.In response, Eddies midfielder Lance Laing equalized with a right-footed attempt right at the end of the half.

The RailHawks terrorized the Eddies from the opening whistle. The first real opportunity came when Tiyi Shipalane beat two men, cut inside toward goal on the right and slipped a pass right into the feet of Novo, who put a shot on frame, but Van Oekel was there to make the decisive save.

And again, in the 9th minute, RailHawks forward Mark Anderson found himself one-on-one with VanOekel, who made a reaction save, forcing the ball away once again in the early stages of the match.

The Eddies did have some opportunities later on in first half. Midfielder Christian Raudales took a chance from outside the box after stealing a pass in the 21st minute, but Hunter Gilstrap easily saved the blast on frame. In addition, Sainey Nyassi attempted to grab hold of a chance a chance from just inside the box on the right in the 25th minute, but most of the Eddies’ early chances would not challenge the RailHawks goalkeeper.

The first breakthrough on the day finally came in the 41st minute when Leo Osaki whipped in the ball and Novo volleyed home the back-post cross. The Eddies backline had issues in the opening, and another defensive lapse left Novo unmarked at the back post.

But FC Edmonton wouldn’t go into the break down a goal. Nyassi beat the RailHawks on the right wing with his speed once again and sent in a decent cross, which was banged in by Laing with a right-footed finish past Gilstrap.

Things cooled down after the break, and as the game wore on, it was clear that FC Edmonton wanted to win at home. The Eddies forced Gilstrap into three saves in the first 25 minutes of the second half, six in total on the day, but the RailHawks goalkeeper had things covered. A curling free kick by Daryl Fordyce was the best chance late on, but once again, Gilstrap was up to the task, helping the RailHawks earn a crucial away tie.

With the draw, the RailHawks will head back home still undefeated on the year and will meet the Atlanta Silverbacks next week. The Eddies will host the Fort Lauderdale Strikers next Sunday in Edmonton.