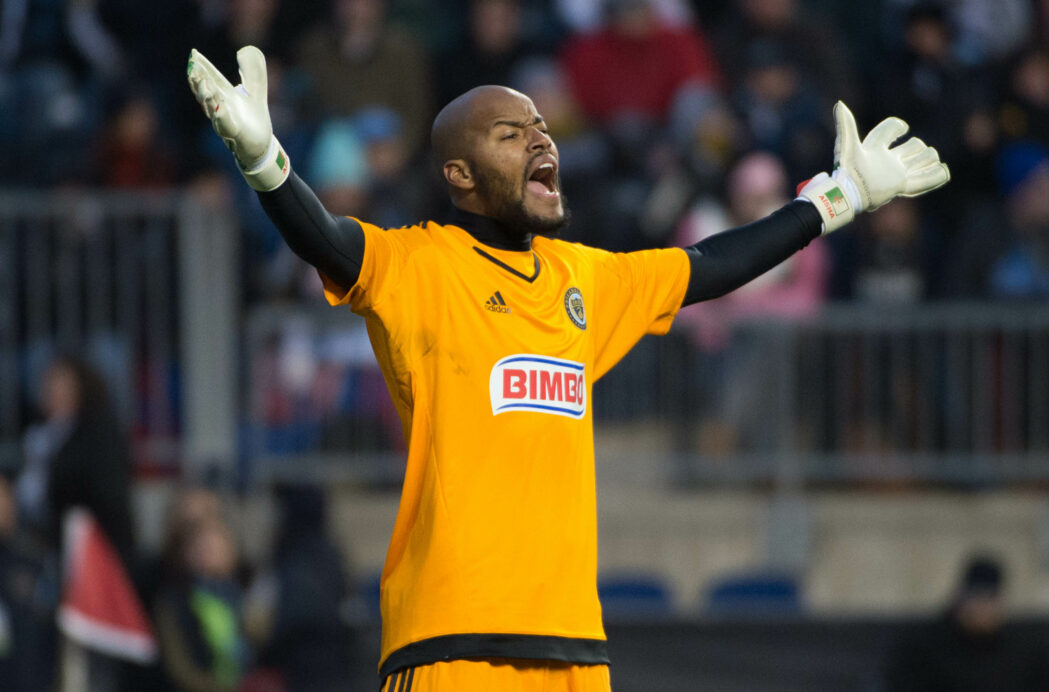 After seeing Rais Mbolhi deliver another shaky performance, the Philadelphia Union are reportedly ready to make a change in goal.

Union head coach Jim Curtin has made the decision to drop Mbolhi from the lineup for this weekend’s home game against New York City FC, according to a report from CBS Philly. Mbolhi, 28, has seen his 2014 struggles carry over into the early parts of this season for a winless Philadelphia team that is in last place in the Eastern Conference.

The Algerian international had another tough outing in the Union’s deflating 3-2 collapse to Sporting Kansas City on Sunday. He is expected to be replaced by either John McCarthy, the 2014 USL Pro Goalkeeper of the Year, or the recently-recovered Andre Blake.

Philadelphia, which has a 0-3-2 record, hosts NYCFC on Saturday afternoon.

What do you think about Mbolhi’s reported benching? Should the club have made this move sooner? Think Mbolhi will bounce back and reclaim the starting spot this season?