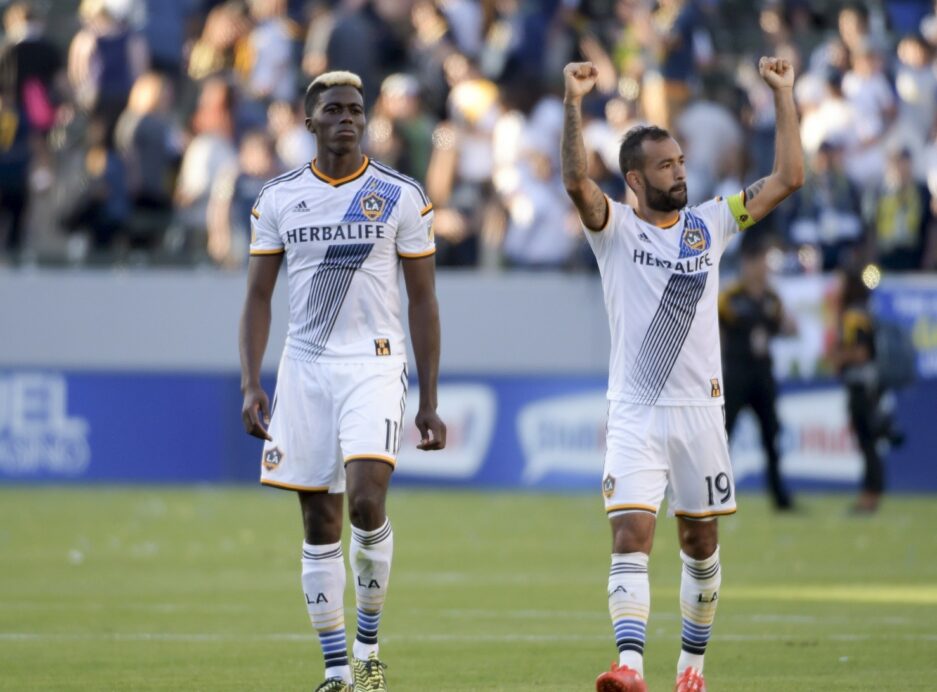 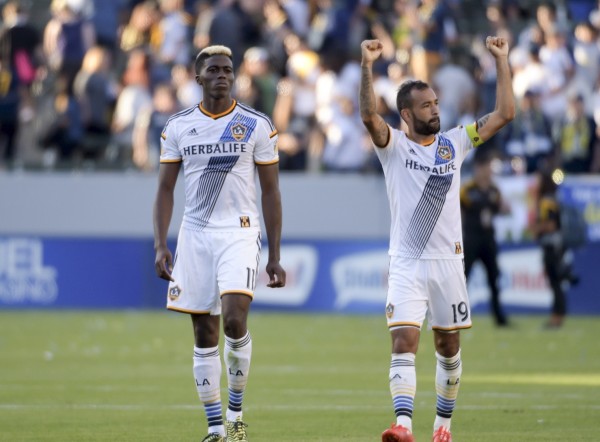 Major League Soccer is a league of parity, and that was never more evident than it was this past weekend.

Several of the league’s bottom dwellers picked up their first victories of the season, as the Philadelphia Union topped NYCFC while the Colorado Rapids destroyed a contending FC Dallas side.

Elsewhere, the red-hot Whitecaps were stopped by the underdog San Jose Earthquakes, while the LA Galaxy picked up a big-time victory over the Seattle Sounders.

Such results cause shifts in the power rankings following a week of chaos all around MLS.

Take a closer look as the latest SBI MLS Power Rankings below:

OUTLOOK– Despite the absence of Robbie Keane, the Galaxy did just enough to top the Sounders at home. Kudos go to Jaime Penedo, whose 10-save performance all but won the game for a Galaxy team that was badly in need of the three points.

OUTLOOK– It looked as if the Red Bulls were set to settle for their first loss of the season before Lloyd Sam swept through to earn a hard-fought point. The Red Bulls remain unbeaten and have been the league’s most, and perhaps only, consistent team to this point

OUTLOOK–  Without Clint Dempsey, the Sounders attack still looked strong Sunday and probably would have earned the points if not for a heroic effort from Galaxy goalkeeper Jaime Penedo. Still, the lack of goals is concerning, as the Sounders remain in the middle of the pack in scoring following a start to the season that has seen Dempsey and Obafemi Martins miss time.

THIS WEEK: At Real Salt Lake on Saturday

OUTLOOK– Entering the week as the league’s hottest team, the Whitecaps suffered a bit of a dip in collecting just one point from two games. It’s certainly not enough to completely write the Whitecaps off, but this week’s matchup with Real Salt Lake presents another test of the Whitecaps’ true place in the league.

THIS WEEK: At LA Galaxy on Saturday

OUTLOOK– Although it was fairly lackluster, Sporting KC did emerge with a point this weekend. Peter Vermes’ side will have to do better going forward, though, especially in front of net where the team once again struggled.

OUTLOOK– After falling in their previous effort against the Portland Timbers, FC Dallas was eviscerated by a Colorado Rapids team that hadn’t won in ages. The start of the season was so promising, but these last two performances have surely tempered expectations a bit.

OUTLOOK– D.C. United’s efforts against the New York Red Bulls were much better this weekend than the last time the two collided, although the hosts were forced to settle for just a point. Still, D.C. looks much improved in recent weeks and remains unbeaten since that loss at Red Bull Arena.

OUTLOOK– In a double-game week, the Crew did well to snag a pair of points from difficult road games. Wednesday’s effort was the more impressive of the two, but the Crew have to be commended for their performance Saturday after a cross-country trip.

OUTLOOK– Orlando City’s inconsistency is beginning to become consistent, as the Lions looked dominant against the Timbers after struggling in recent weeks. The task now is to figure out the best lineup that will allow Adrian Heath’s side to repeat such results going forward

THIS WEEK: at Philadelphia Union on Sunday

OUTLOOK–  After appearing to put the scoring woes behind them, the Revs were held scoreless yet again Saturday against the Columbus Crew. However, Jermaine Jones is back in the fold following his return on Saturday, an inclusion that will provide a new dynamic going forward.

THIS WEEK: vs. Philadelphia Union on Thursday, vs. Portland Timbers on Sunday

OUTLOOK– David Villa’s return was marked with a goal, but NYCFC slumped to a loss to the struggling Union. It was far from impressive from the expansion side, but they will get a chance at revenge against the Union on Thursday in a double-game week.

OUTLOOK– Once again the Real Salt Lake attack was held dormant, but once again the team emerged with a point. RSL have not looked particularly impressive to this point, but it’s hard to argue against results that have seen the team remain unbeaten.

THIS WEEK: at New York Red Bulls on Friday

OUTLOOK– The Earthquakes sure do show up for big games. Having now defeated a pair of contenders in both the Sounders and the Whitecaps, the Earthquakes have looked strong against good opposition, but must put together stronger performances every time out going forward.

THIS WEEK: At FC Dallas Saturday

OUTLOOK– After a few off weeks, Toronto FC will have embraced the bye week as a chance to get more acclimated to a roster with such turnover. Those changes have yielded three straight losses for a team that’s talent warrants no such results.

THIS WEEK: At NYCFC on Sunday

OUTLOOK– The Timbers finally got into the win column a few weeks back, but Sunday’s performance against Orlando City was a step in the wrong direction. Poor defending and mental mistakes cost the Timbers goals, as the team once again struggles to find its footing.

OUTLOOK– In what was likely their best performance to this point, the Houston Dynamo took it to the Montreal Impact in a much-improved attacking display. The Dynamo defense withstood the Impact’s chances, while the attack looked clinical, something unseen to this point so far.

OUTLOOK– A victim of MLS scheduling, the Fire were absent last week, and will be once again this coming weekend. The time off comes after the Fire’s most impressive performance last time out, but the back-to-back byes do give Frank Yallop a chance to refine a roster with plenty of new faces still adjusting.

THIS WEEK: vs. Seattle Sounders on Saturday.

OUTLOOK– The Colorado Rapids’ first goal and first win came in impressive fashion, dismantling FC Dallas en route to a 4-0 victory. With a series of negative streaks behind them, the Rapids can now focus on turning things around, continuing Saturday against the Sounders.

THIS WEEK: at NYCFC on Thursday, vs. New England Revolution on Sunday

OUTLOOK– After making the move to bench Rais M’Bolhi, the Union put forth their most impressive performance to date with a win over NYCFC. It was a scrappy effort, but that’s what it takes to win in MLS, something the Union will have to prove they can do going forward.

OUTLOOK– Still winless in the league, the Impact get the week off to focus on CONCACAF Champions play, as the team kicks off the opening leg of the final on April 22. The Impact will need to use that as a springboard, because their league form could not be more opposite that of their continental performances to this point.