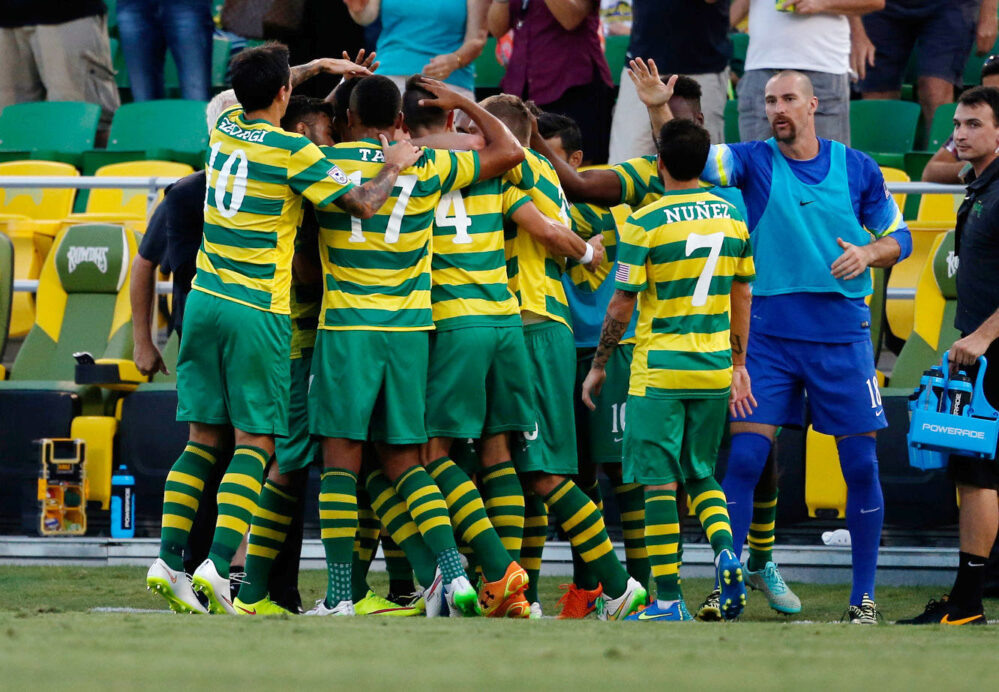 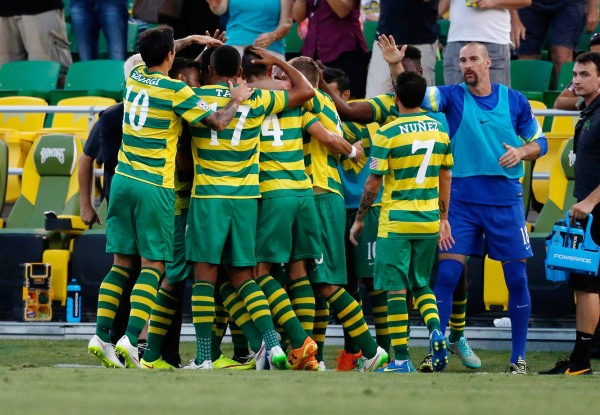 Following the previous week’s loss to the New York Cosmos, the Tampa Bay Rowdies needed a bounce-back victory, something they got in emphatic fashion against the Jacksonville Armada this past Saturday.

Down a goal entering halftime, the Rowdies came from behind to claim a 3-2 victory over their Florida rivals, locking up a crucial three points as well as recognition as SBI NASL Team of the Week.

Led by a brace from Maicon Santos that opened and closed the game, the Rowdies emerged as a different team following the halftime whistle. Lackluster in the opening half, the Rowdies looked every bit the contender in the second stanza. They did well to hold on to a victory due to the heroics of substitute goalkeeper Matt Pickens, who came in off the bench and preserved the lead with three late saves.

The victory vaults the Rowdies right back into contention for the spring crown, while also earning SBI NASL Team of the Week honors over the Fort Lauderdale Strikers and Atlanta Silverbacks.

What did you think of the Rowdies’ performance? Which team stood out to you in this past weekend’s NASL play?