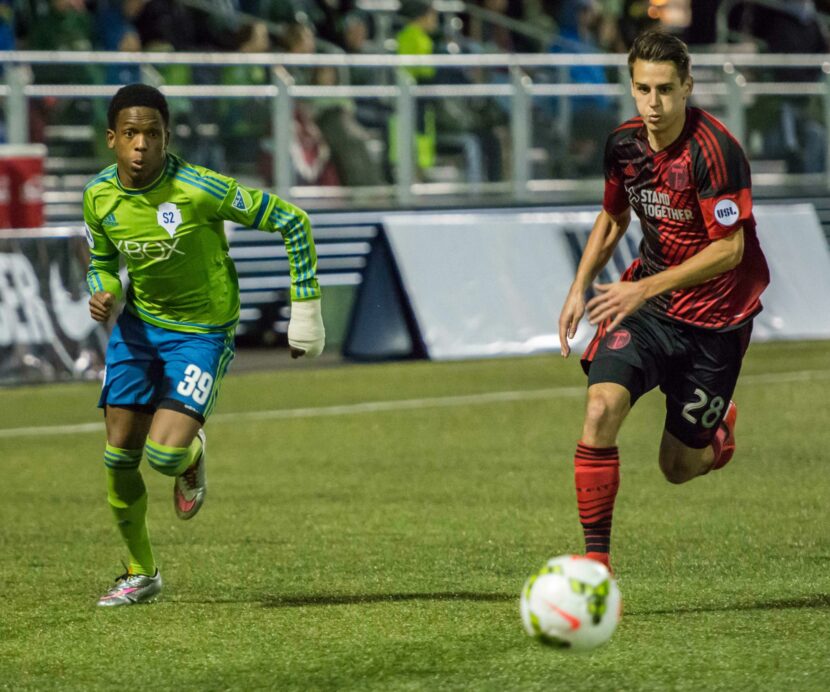 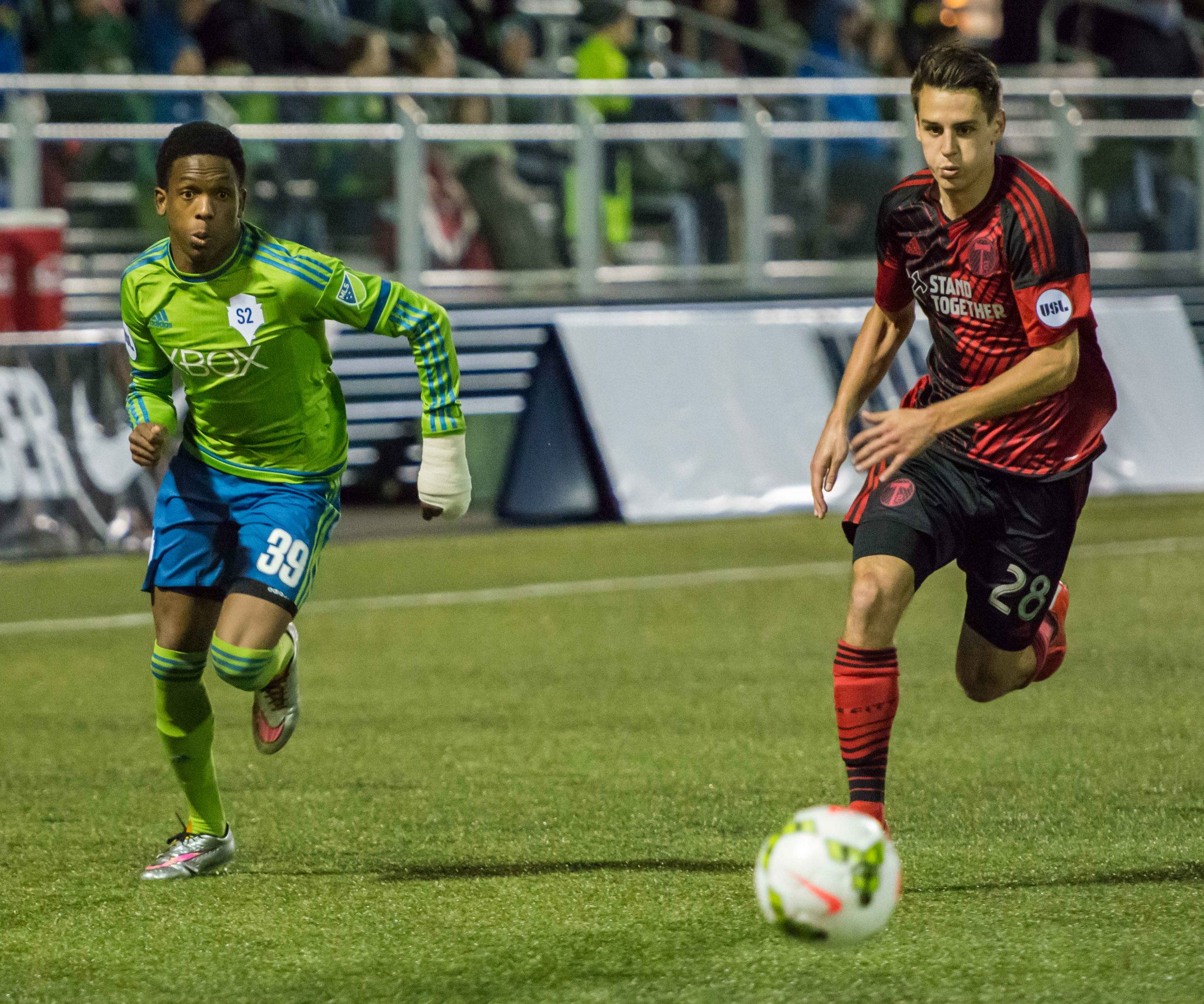 The Seattle-Portland rivalry returned to USL this weekend, and there was no lack of excitement.

Giuliano Frano converted the winner in the 87th minute to give Seattle Sounders 2 a 2-1 win against Cascadia rivals Portland Timbers 2. The club’s third win in three games has Sounders 2 on top of the Western Conference, even on points with Arizona United SC.

An even contest first went T2’s way in the 30th minute, when Harrison Delbridge put his head to Blair Gavin’s free kick into the area for a 1-0 lead. The visitors held their lead into halftime, but momentum soon swayed in the opposite direction.

A persistent force early in the season, Seattle’s Andy Craven got involved once again by drawing a foul inside the box minutes after the second half began. Pablo Rossi stepped up to bury the penalty to even things up.

Craven was once again involved when the time came for the deciding goal. His curling pass toward goal was tapped home by Frano in the dying minutes.

Here are more recaps from the weekend’s USL action:

Two days after suffering a loss at the hands of the Richmond Kickers, the Wilmington Hammerheads took it out on some of the league’s newcomers.

The Hammerheads stormed to a 3-0 win against New York Red Bulls II, picking up their first win of the season in the process. Nick Zimmerman struck twice in the first half as the Hammerheads asserted dominance from the start.

Former Red Bulls draft pick Zimmerman first struck in the 22nd minute, combining with former Chicago Fire player Corben Bone down the right before firing a shot near-post. He then handed the Hammerheads extra momentum minutes before halftime by taking a deflected pass in the box and firing home.

After pulling off a few saves early to try and keep Red Bulls II in the game, Santiago Castano had an unfortunate end to his afternoon when he had to take down a Wilmington attacker inside the box. Castano was sent off, and Andres Mendoza converted the penalty kick in the 88th minute for a three-goal advantage.

The Hammerheads get a week off before facing Charleston Battery in a Sunday afternoon clash. The undefeated Battery are the next opponents for Red Bulls II this Saturday.

In two meetings with LA Galaxy II, Sacramento Republic FC put the form that won them the USL title last season on display.

The latest incident came this weekend in a 3-1 victory against Los Dos, who are now winless through four games. After receiving their 2014 USL championship rings ahead of kickoff, Sacramento set about showing how they earned them.

In the 58th minute, substitute Ariel Lassiter pulled one back for Galaxy II in an improved second half performance.

Los Dos try to get win number one of the season at the fifth attempt against Austin Aztex on Sunday. Sacramento has a quick turnaround and hosts Vancouver Whitecaps FC 2 on Wednesday night.

The Rochester Rhinos had a happy reunion in the return of their rivalry with FC Montreal, though the opposite can be said for the Canadians.

The Rhinos went north of the border to lay on a 3-0 win. Christian Volesky scored twice in the second half to seal the victory against 10-man Montreal.

Kehassemae Zoue was sent off in the 66th minute, three minutes before Volesky scored his first goal of the afternoon. Two minutes after that, Voleskey notched his double in an overwhelming victory.

Johnny Mendoza opened the scoring in the 35th minute. The unbeaten Rhinos next take aim at another expansion club, Louisville City FC, in a Thursday kickoff. Montreal, who has not scored yet this season, take on the Harrisburg City Islanders on Saturday.

Here are the results from the past week in USL: