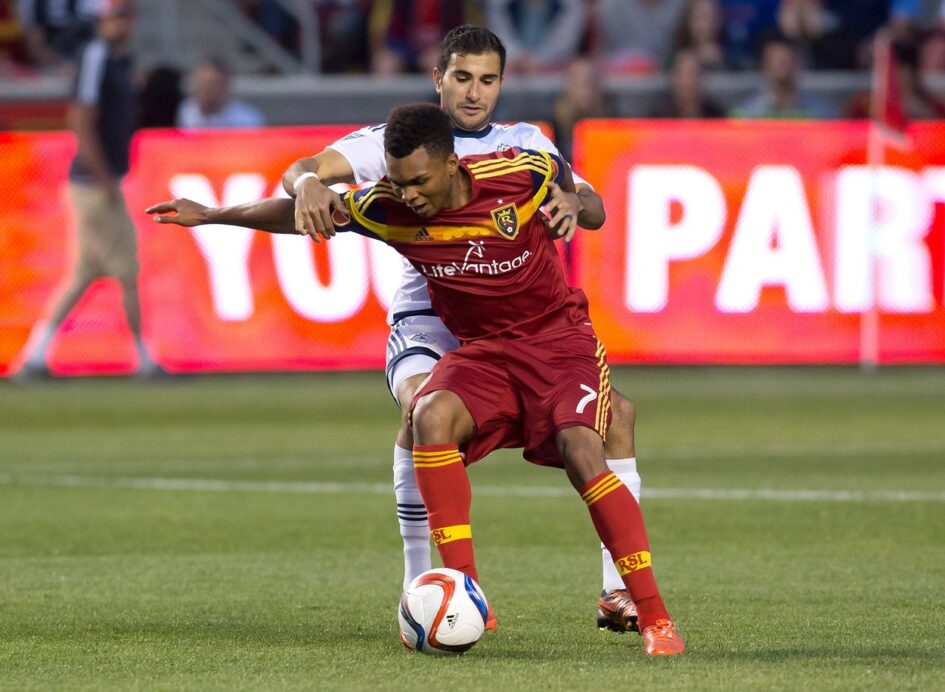 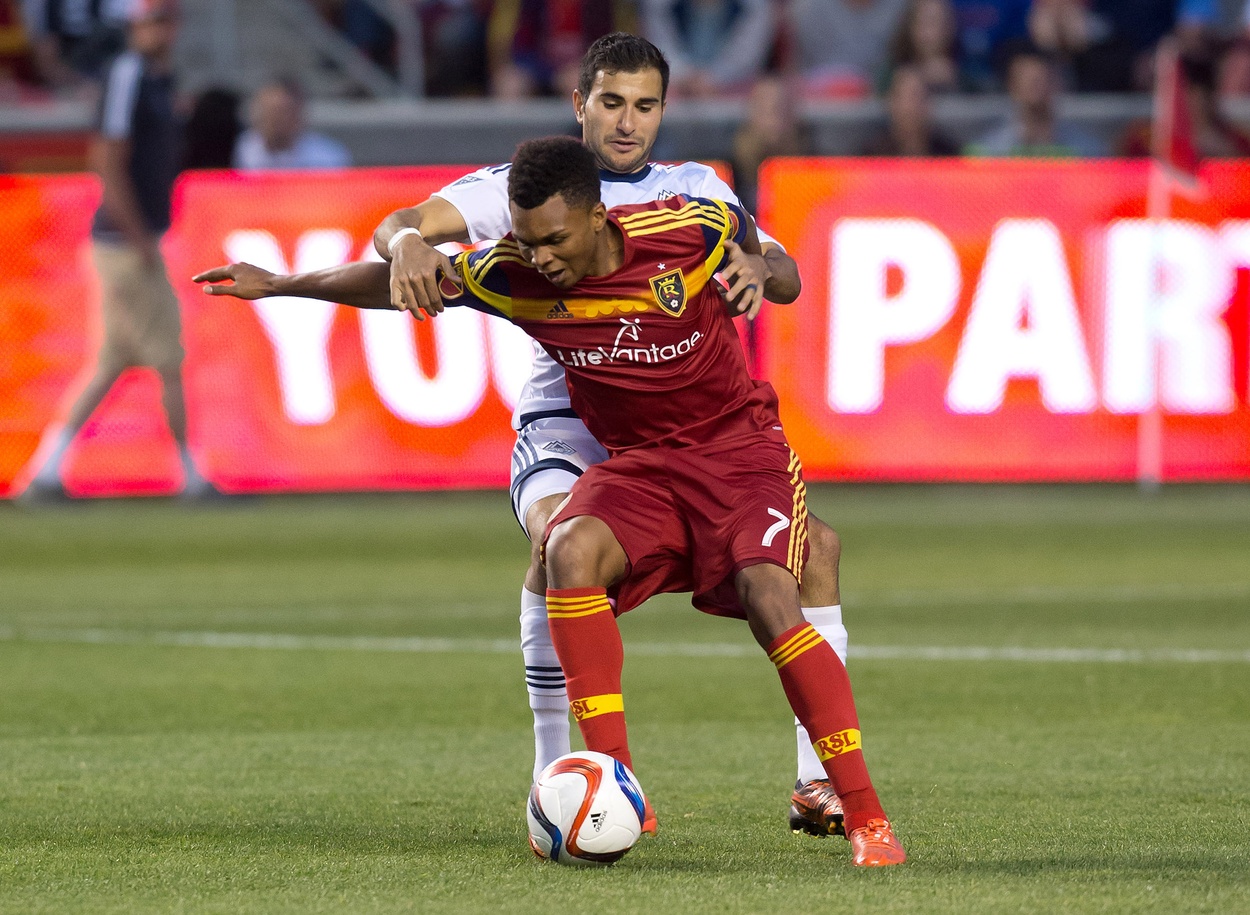 Real Salt Lake’s unbeaten start to the season ended on Saturday as the Vancouver Whitecaps exited Rio Tinto Stadium with all three points.

The match was decided in the final 15 minutes, with Darren Mattocks finishing off a Russell Teibert cross for a 1-0 win. The Whitecaps retain the top spot in the Western Conference with their fifth victory already this season.

The two teams were without star playmakers in Javier Morales and Pedro Morales, and the game was often missing the creativity that both have consistently showcased so far this season.

Red cards for RSL youngster Sebastian Saucedo and veteran Jámison Olave added to a lively final 15 minutes. Saucedo saw red just eleven minutes after entering the game for a studs-up challenge on Mauro Rosales just outside the RSL box. Jámison Olave received a second yellow for a foul on Mattocks in the 89th minute.

Sandwiched between the dismissals was a headed goal from Mattocks. In the 80th minute, Teibert whipped in a cross from the far left side of the pitch to meet the head of Mattocks in the heart of the box.

This could easily be RSL’s worst result so far in 2015, with two players earning suspensions and Chris Schuler picking up an injury in the warm-up. One positive was a good defensive performance from the young Guatemalan Elías Vásquez, who was only making his second ever MLS appearance.

Vancouver returns to Canada next Saturday to play D.C. United, while Real Salt Lake travels to Gillette Stadium to take on the New England Revolution.