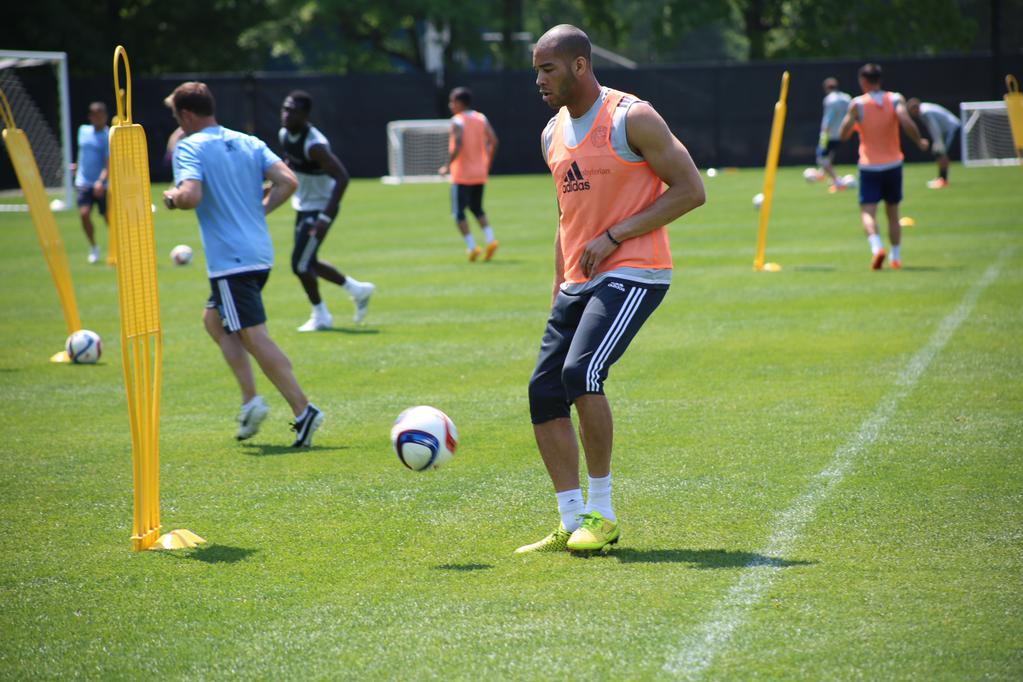 Oguchi Onyewu may have been spotted at Red Bull Arena this past weekend, but it is not the New York Red Bulls that he is currently spending time with.

New York City FC revealed via its Twitter on Tuesday that Onyewu is training with the club. NYCFC did not make it known if it has intentions to sign the veteran centerback, but could given his status as a free agent and the fact that he isn’t subject to MLS’s allocation order. NYCFC would, however, need to have the top discovery claim on Onyewu in order to sign him.

Onyewu, who turned 33 earlier this month, most recently played for Charlton Athletic. He signed with the English club last fall, but Charlton decided not to bring him back after using him just three times during his seven months there.

Centerback is a position of need for struggling NYCFC, which has not won in its last 10 matches and sits in last place in the Eastern Conference. Jason Hernandez, Chris Wingert and Kwame Watson-Siriboe have taken turns handling much of the responsibilities at the heart of the club’s defense, but the performances and results have been mixed so far.

Onyewu, who has previously been linked with a move to MLS, could use some stability after bouncing around Europe in recent years. The former U.S. Men’s National Team stalwart has played for seven clubs since moving to AC Milan in 2009.

Onyewu was seen at Red Bull Arena this past Sunday, taking in the Red Bulls’ 2-0 loss to the Philadelphia Union as a spectator.

What do you think of Onyewu training with NYCFC? Would it be a good move for the club to sign him? How do you think he would fare in MLS?