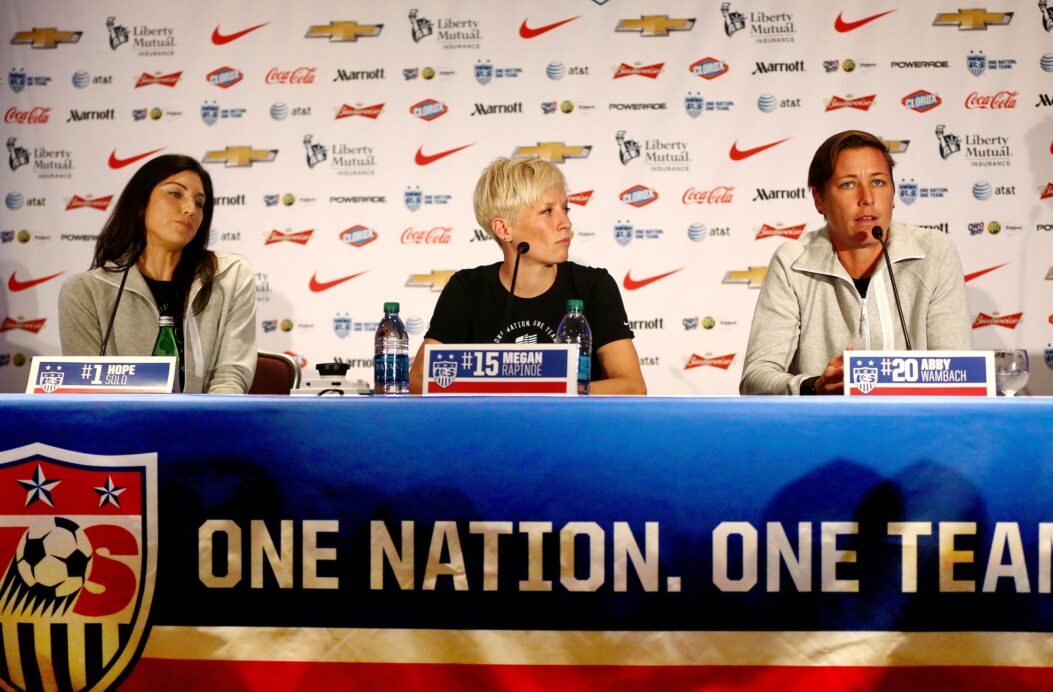 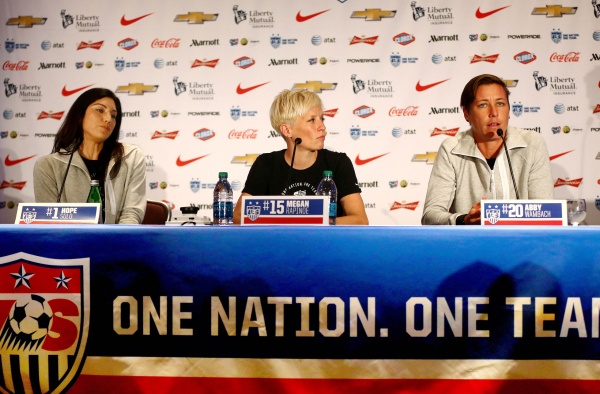 NEW YORK — A day that was meant to be about the U.S. Women’s National Team and its preparations for the World Cup was largely overshadowed. The scandalous corruption charges against FIFA stole the majority of Wednesday’s headlines, and a good portion of the conversation during the U.S.’s Media Day in Manhattan was about that very topic.

Still, the Americans made sure to point out they are not letting anything on the outside distract them from the task at hand. No matter what it is.

Ten days are all that is left before the start of the 2015 FIFA Women’s World Cup in Canada. The summer tournament will showcase the very best that the women’s game has to offer, but will also likely include plenty of discussion about the sport’s governing body following a series of indictments on Wednesday against some of its top officials.

While a large shadow might be cast over the World Cup because of the situation, U.S. players maintained on Wednesday that they are staying focused on what happens on the field, not off of it. The Americans want to end a 16-year drought by winning their third world championship, and know that they will do themselves little favors if they preoccupy themselves with what’s going on with FIFA.

“I think it’s important to note that whatever happens in Switzerland or in Brazil or in Japan with their federations or even our own federation in FIFA, we have no idea what goes on and we have no control,” said veteran forward Abby Wambach during a press conference. “We’re really all just here because we want to talk about the Women’s World Cup, how we are preparing, what we are all doing. I want to talk about Megan Rapinoe and Hope Solo and things that they’re doing on the pitch, because that’s why we’re all sitting here.

U.S. head coach Jill Ellis echoed those sentiments during her meeting with the press. Ellis stated on a couple of a occasions that the focus remains on the looming World Cup campaign, which begins for the Americans on June 8 with a Group D match against Australia.

“The sport is about 11 players on the field. It really is,” said Ellis. “Nothing is going to distract any of the teams, any of the players from being in that moment in that environment up there in Canada and having the opportunity to represent your country.

The U.S. is no stranger to dealing with potential outside distractions. Earlier this year, Solo was involved in an episode that saw her husband get charged with a DUI while driving a U.S. Soccer van.

Much was made of the incident in the media and Solo was briefly suspended, but the Americans worked through it and remained concentrated on preparing for the World Cup. They plan to do the same now.

“We’ve done a really good job with the players – about any distractions – not to let things on the outside permeate what we do and what we’re about,” said Ellis. “We’re just really focused.”