Mike Magee returns to full training, could play next week for Fire 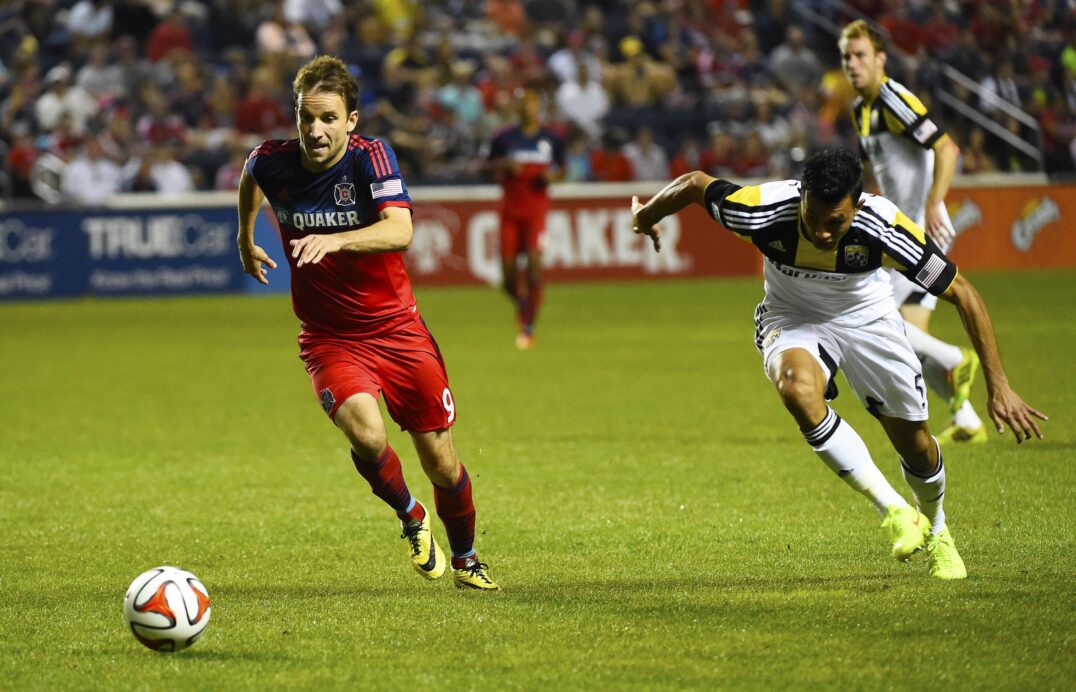 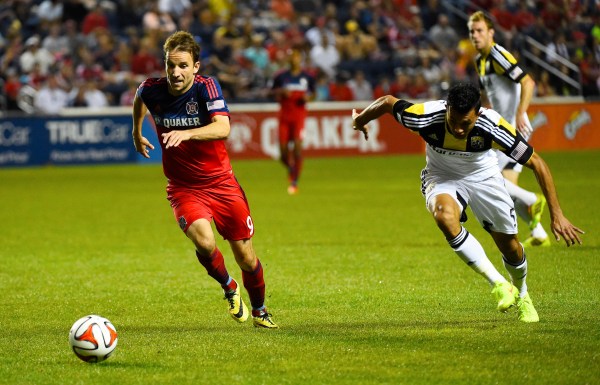 The Chicago Fire are not lacking for attacking options, but it looks as if they will soon have another potent weapon at their disposal.

Veteran forward Mike Magee returned to full training on Monday, marking the first time he practiced without limitations since suffering a season-ending hip surgery last September. Magee practiced with the team last week but served as a neutral in drills, and was kept away from contact exercises.

He is still unlikely to dress in this Friday’s road match against the Columbus Crew, but might be given the green light for the following game at home against the Montreal Impact on May 30.

“He looked good,” said Fire head coach Frank Yallop via a conference call. “Obviously he’s still a little hindered by the movement, but he got through.”

Yallop added that Magee is chomping at the bit right now to get back into the mix, but Chicago is not rushing his comeback. The Fire have a stretch of three games in eight days that begins with that Eastern Conference showdown against the Impact next week and ends with a home game against Orlando City on June 6. The club knows that there will be ample opportunity for the 30-year-old forward to see the field during that time.

“Mike’s a quality player, as we know. Once he gets healthy and fit, he’s very good,” said Yallop. “Eighteen months ago, he was MVP of the league with his goal-scoring exploits. If we can get Mike back on the field and get him back to his best, then we obviously have a really, really, really good player that’s going to join us.”

When Magee is ready to resume playing games, Yallop will have another option to sift through. Chicago already has a plethora of attackers like Quincy Amarikwa, Guly do Prado and Kennedy Igboananike, but none of them have found the back of the net yet this season.

That has left the door open for them or someone like Magee to claim the starting spot if they can begin to score and put in strong performances.

“It’ll figure its way out,” said Yallop. “Not one of our forwards has scored yet — center forwards, if you’d like — so it’s up to those guys. When they get a chance, stick it in the net, play well, and we’re off to the races.”