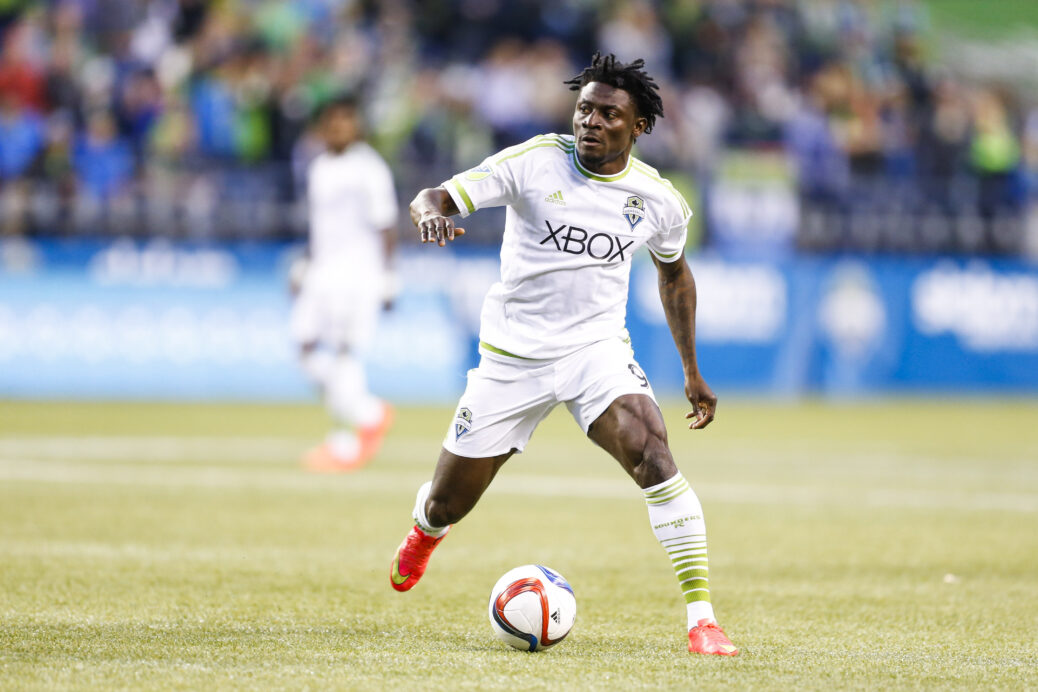 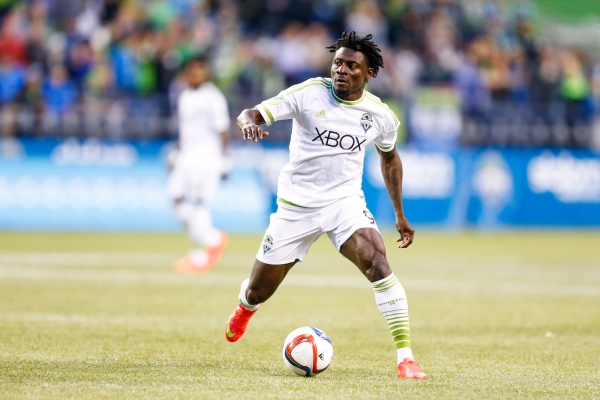 The Seattle Sounders might again be without one half of their dynamic duo this weekend.

Obafemi Martins did not train with his Sounders teammates for the third straight session on Tuesday because of a tibial contusion, and head coach Sigi Schmid said it is unlikely that the Nigerian forward suits up in Saturday’s home tilt vs. Sporting Kansas City.

Martins missed his second game of the season this past weekend, a 2-0 win over the Vancouver Whitecaps. because of the injury. The 30-year-old striker, who has six goals and two assists in eight matches, appears to have sustained the injury last week. He went for an X-ray before being held out of the clash with the Whitecaps.

If Martins is unable to go against Sporting KC, he will likely be replaced again by Chad Barrett. Barrett scored both goals in the victory over Vancouver, earning SBI MLS Player of the Week honors in the process.

Here are more news items from around MLS this week:

Luis Silva has already spent a good portion of the season on the sidelines because of various leg injuries, and he’s picked up another that will rule him out for the short-term for D.C. United.

Silva is expected to miss the next 2-3 weeks, according to the Washington Post, with a strained hamstring picked up in Sunday’s 1-0 loss to the Philadelphia Union. The injury is a Grade 1 minor strain, but is the latest knock that the attacking midfielder has suffered this year. He was forced to miss the entire preseason and the first three games of the campaign with other leg problems.

Silva has played in the eight games D.C. United has had since then, but only one has been as a starter. He has one goal this season.

POSTPONED KANSAS CITY-COLORADO GAME TO BE PLAYED IN OCTOBER

If you were wondering when the recently postponed game between Sporting Kansas City and the Colorado Rapids would be played, you now have an answer.

Sporting KC’s home game against the Colorado Rapids that was originally scheduled for this past weekend has been moved to Oct. 21. The two Western Conference clubs were set to meet at Sporting Park on Saturday, but heavy rain and lightning forced the game to be called off before it ever began.

The incident marked the first time in Sporting Park history that a game has had to be pushed back because of inclement weather.

Marsch was fined on Tuesday an undisclosed amount for leaving the bench area and entering the field of play. Marsch committed the infraction last Friday in a scoreless road draw against FC Dallas.

How do you see the Sounders faring without Martins if he can’t play? Worried about Silva’s recurring leg problems? What do you think of the Sporting KC-Rapids game being postponed until October?