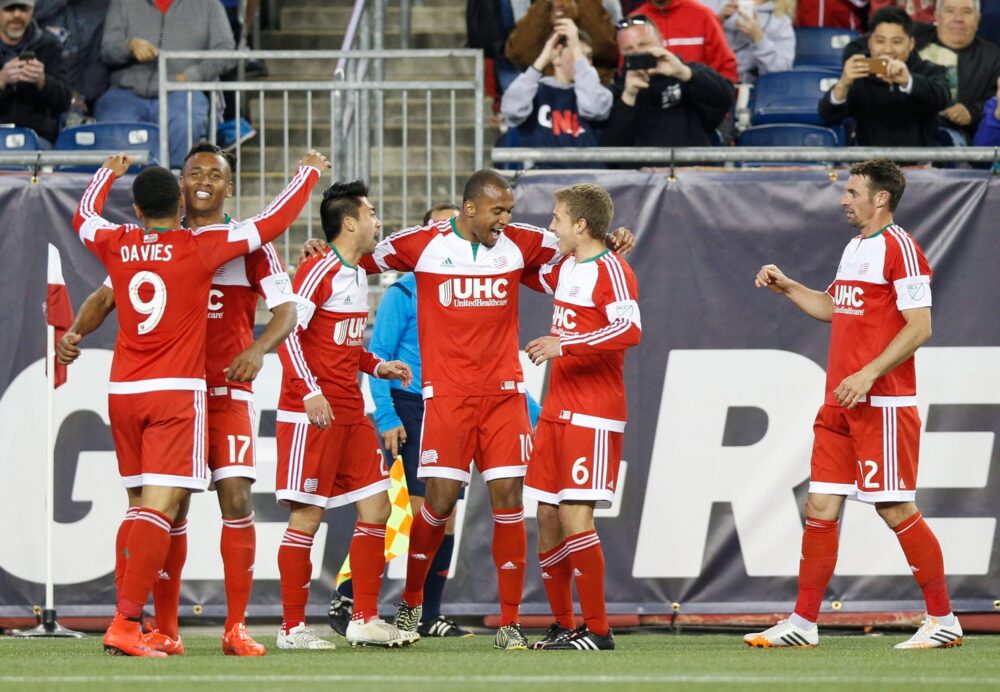 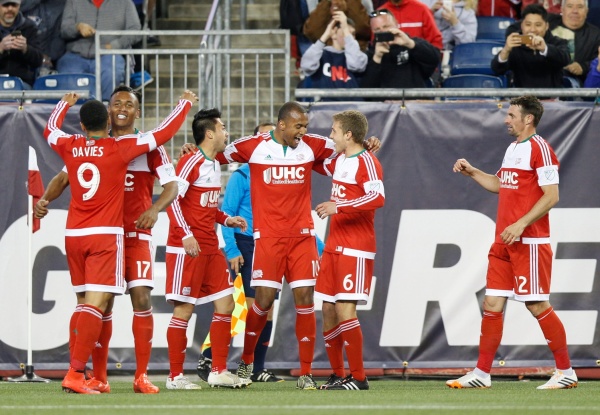 Following disappointing defeats last time out, two of the East’s elite are set to collide to headline MLS Week 12.

D.C. United and the New England Revolution currently maintain the top two spots in the Eastern Conference, but both are coming off losses to the Philadelphia Union and Sporting KC, respectively.

Out west, Sporting KC looks to build off the win over the Revs in a match-up with one of the conference’s elite, the Seattle Sounders, while the surging San Jose Earthquakes host an Orlando City team that impressed last time out.

After a couple of off days, the Columbus Crew are probably relieved they have a short week before returning to game action, especially since they’re coming off a disappointing 2-0 loss at the San Jose Earthquakes where they played nearly an hour down a man.

The Crew will be tested this week with Kevan George set to start in place of Mohammed Saied, who was starting in place of Wil Trapp (concussion symptoms). The Fire, meanwhile, are coming off a 2-2 draw with New York City FC, but they’ll feel it was two points lost after Khiry Shelton scored a late equalizer.

Look for a battle on the wings on both sides, with Ethan Finlay and Justin Meram battling David Accam and Shaun Maloney.

Coming off one of the most embarrassing defeats in the club’s recent history, the LA Galaxy will get the chance to rebound at homui8

Following last week’s 4-0 drubbing against Orlando City, the LA Galaxy will likely welcome Robbie Keane back from a seven-game injury absence. That absence has seen the Galaxy go 2-2-3, including back-to-back losses.

Standing in their way will be a Dynamo side with a pair of talented forwards of their own, as the scoring touches of both Giles Barnes and Will Bruin have helped lead the way in a two-game win streak.

Old friends Michael Bradley and Will Johnson could be set to collide at BMO Field.

Nearly eight months after suffering a broken leg, Johnson could return as soon as Saturday against his childhood friend Bradley and Toronto FC.  Bitten by the injury bug themselves, TFC will be without Jozy Altidore up top for the next month, putting pressure on Bradley and Sebastian Giovinco to help get at a Timbers backline that has looked improved following last season’s struggles.

In what may be a clash of the two favorites in the Eastern Conference, the New England Revolution and D.C. United are both in need of major bounce-back games.

The Revs were undone by Sporting KC midweek, while D.C. enters off an embarrassing defeat to the struggling Union. Still, the duo remain atop the East, with the Revs sitting just two points behind the opposition.

D.C. head coach Ben Olsen will have some decisions to make in attack due to the absences of Luis Silva, Fabian Espindola and Nick DeLeon, but Steve Birnbaum could return to action for the first time since March to help anchor the defense.

Riding the team’s first MLS win in 2015, the Montreal Impact are now tasked with facing one of the league’s more fearsome attacks.

FC Dallas is currently atop the Western Conference on the heels of a five-game unbeaten streak. Tied for the league lead in goals scored, the visitors should receive a boost in defense due to the return of Zach Lloyd and the injury absence of the always dangerous Dominic Oduro from the Impact attacking unit.

Entering on short rest, the Vancouver Whitecaps head south to take on a Colorado Rapids team that has proven difficult to crack.

The Rapids have seen their last four contests end in 1-1 draws and are tied for fewest goals given up with just nine conceded this season. Whitecaps forward Octavio Rivero has scored six on his own, leading a team that has fared much better on the road this campaign.

One thing playing against the Whitecaps will be the team’s lack of rest, with Saturday’s meeting with the Rapids serving as the club’s third game in a week. The Rapids, meanwhile, enter on a major break after last week’s clash with Sporting KC was postponed due to weather.

Sporting KC will look to gain ground in a matchup with one of the Western Conference’s elite, the Seattle Sounders.

Fresh off a big-time 4-2 victory over the Revs, Sporting KC will loot to continue to ride the resurgent Dom Dwyer, who has gotten out of his early-season struggles with three goals in the past four weeks. In addition, the visitors will be boosted by the return of Graham Zusi, who was previously absent with a concussion.

The Sounders, meanwhile, could once again be forced to play without Obafemi Martins due to injury, although Chad Barrett proved to be a more than suitable replacement last week with a pair of goals.

In need of a victory, New York City FC’s Jason Kreis travels to take on a series of familiar faces.

Kreis returns to the sidelines of Rio Tinto Stadium for the first time since leaving Real Salt Lake at the end of the 2013 season. Now in charge of NYCFC, Kreis and co. are in need of a victory after breaking the team’s four-game losing streak with a last-gasp draw against the Fire last week.

RSL enter off a rough result of their own, a 4-1 demolition at the hands of the lowly Impact. Sitting outside of the playoffs, Saturday’s clash means plenty for an RSL side that needs to keep pace with a conference playoff picture that gets more crowded by the week.

Zach Pfeffer snatched a victory last week against D.C. United, but the Philadelphia Union will face yet another tough test against the New York Red Bulls in an effort to prove that the team’s struggles are behind them.

Previously on a four-game losing streak, the Union put forth their best performance of the season last time out, but will enter this weekend without Ray Gaddis and Antoine Hoppenot, as well as suspended captain Maurice Edu.

The Red Bulls were held scoreless by FC Dallas last time out, but have lost just once this season. Questions remain at centerback due to the absences of Ronald Zubar and Matt Miazga due to injury and international duty, respectively.

Orlando City was dominant at home last week, and will now look to replicate the performance on a cross-country road trip.

The Lions absolutely drubbed the LA Galaxy in a 4-0 win last week, signaling the biggest victory of the club’s young history. Struggling for goals early, Orlando City has seemingly found its forward in Cyle Larin, who scored twice in as many games last week.

In the expansion club’s path stands a San Jose Earthquakes side that is perhaps the most surprising team of the season, currently sitting fourth in the crowded Western Conference. The day could prove to be a special one for forward Chris Wondolowski, who needs one finish for his 100th MLS goal.