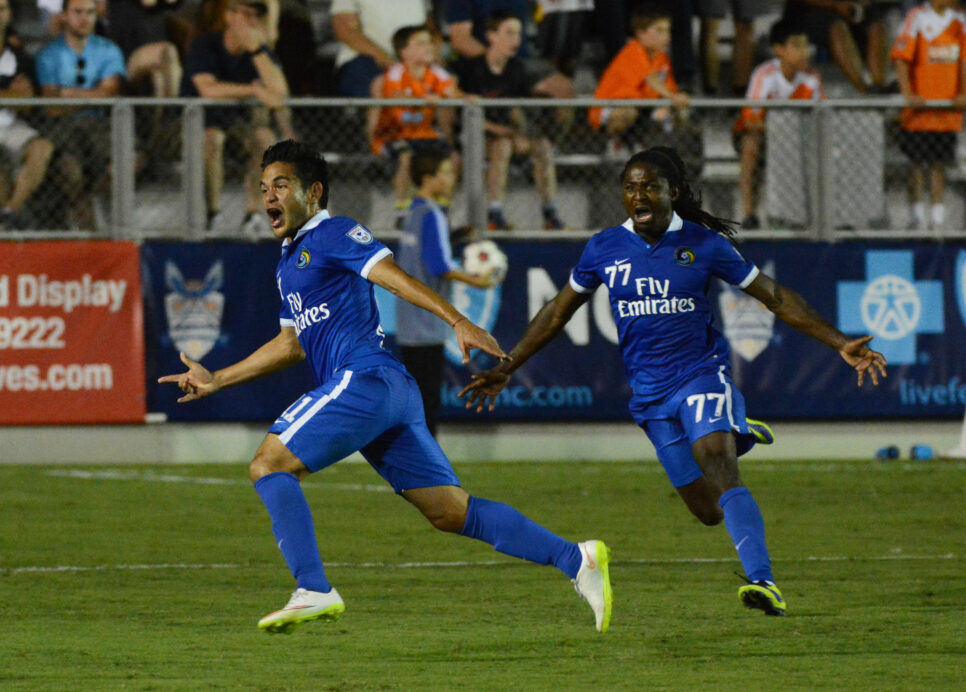 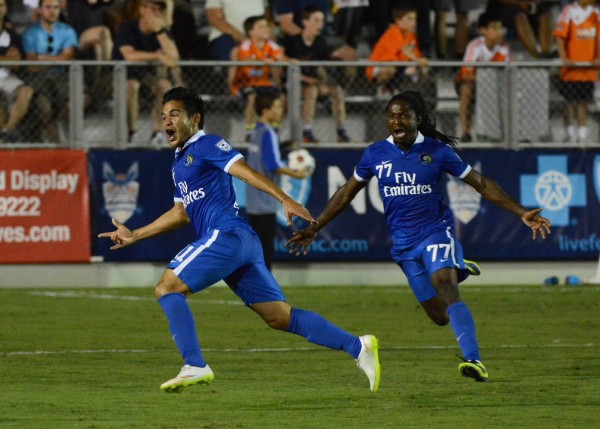 Through the team’s opening six games, the New York Cosmos remained unblemished, and largely untested. That almost changed this past weekend.

The Cosmos battled back to grab a draw despite being down a pair of goals in added time, demonstrating major willpower in the club’s first test of adversity.

Meanwhile, down in Florida adversity has become the norm, as the state’s three teams continue to beat up on one another while establishing themselves as NASL contenders.

Here’s a closer look at some of SBI’s takeways from this past week’s NASL action:

For the first time this season, the New York Cosmos faced true adversity, and they came out looking better for it.

Down two goals as the game entered stoppage time, the Cosmos appeared destined for their first loss of the 2015 campaign. Two goals later, the Cosmos emerged from WakeMed Soccer Park with a point, and a whole new level of confidence.

To this point, the Cosmos have asserted themselves as the league’s best team, sure, but in the North American soccer landscape, the best team doesn’t always win. With postseason and one-off performances determining which team is crowned champion, it’s generally the team with the most composure that achieves the ultimate goal at the end of the season.

The Cosmos showed that composure this week, responding to their first gut punch in noble fashion. That test should prove vital going forward, making the Cosmos even a bit more dangerous as the season winds on.

FLORIDA CONTINUES TO BE RUMBLE PIT

With the introduction of the Jacksonville Armada, the state of Florida now boasts three NASL teams, each of which has done their part in making the state a soccer warzone.

All three teams have now matched up in the Spring Season,with the Tampa Bay Rowdies claiming victory over both the Armada and Fort Lauderdale Strikers, the latter of which came this past weekend. The Strikers, meanwhile, knocked off the Armada, leaving the expansion franchise winless in intra-state matchups.

However, the Armada have held their own with the rest of the league, currently sitting third. Just two points behind the Rowdies with a game in hand, the Armada have a legitimate chance at finishing as the state’s dominant side.

The introduction of the Armada has made the state of Florida even more formidable, as the spring table, as well as the fall’s postseason, could see a major Florida influence going forward.

Both Minnesota United and the San Antonio Scorpions have been called out in recent weeks for their early season struggles, but both clubs have rebounded quite nicely as the spring campaign winds down.

After major winless streaks to start the spring, both teams are riding back-to-back wins as the Scorpions and Minnesota United defeated FC Edmonton and Indy Eleven, respectively.

Even more impressive was the display of firepower put on by both teams, as the two powerhouses each pushed three past the opposition this past weekend.

With Omar Cummings and Miguel Ibarra leading the way for their respective teams, the spring is now about racking up points and positioning each side for a Fall run, something both teams are fully capable of going forward.

It’s been a busy few weeks for FC Edmonton and Ottawa Fury FC.

Both sides have struggled mightily in recent weeks, as both teams now have an identical tally of five points through six games, good for last place. Adding to the struggles are the rigors of the Canadian Championship, a tournament that Fury FC was knocked out of at the hands of the Eddies.

As a prize, the Eddies endure a brutal stretch of games that includes five matches in 14 days, including Wednesday’s second leg against the Vancouver Whitecaps following a 1-1 draw in the first.

While their American counterparts have stuck to the regularly scheduled NASL regular season, the Canadian sides have faced the added pressure, and gametime, of a domestic championship. Hampered by tired legs, both sides have seen form drop, harming any hope of a strong spring season.