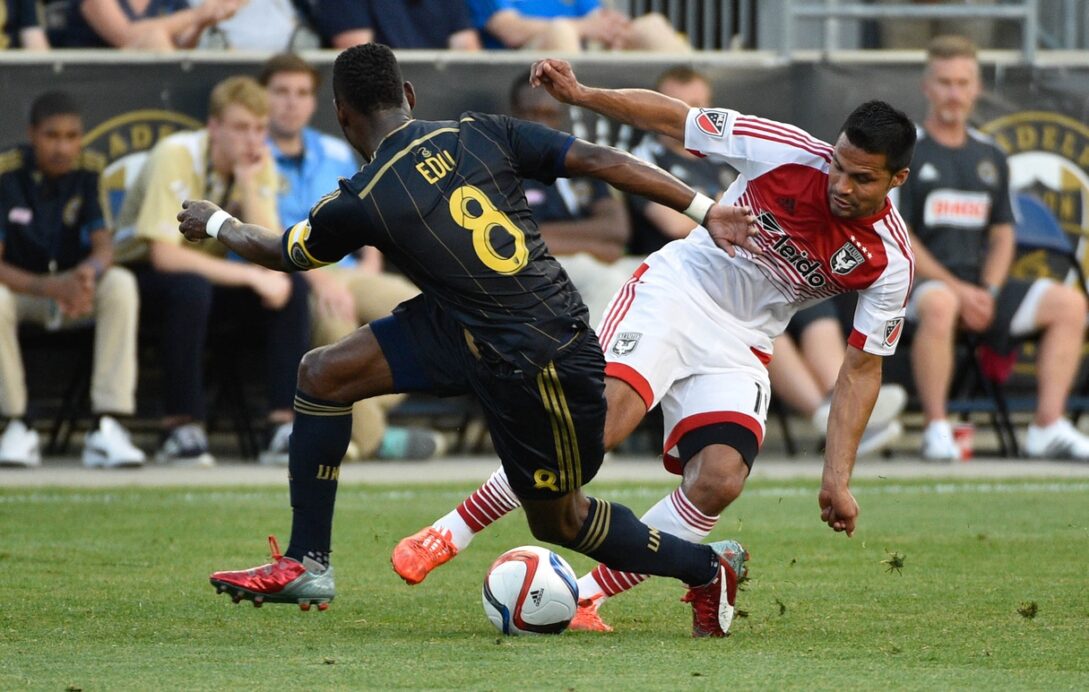 When Conor Casey nodded a harmless header in front of goal that floated into the arms of Bill Hamid, the moment seemed like the perfect play to describe an otherwise boring and lifeless match.

Then Zach Pfeffer saw a crack of daylight, and blasted home a stoppage-time winner that helped give the Union a 1-0 victory over D.C. United at PPL Park on Sunday.

With the match in the third minute of five minutes of second-half stoppage time, Union defender Fabinho raced down the left flank and sent a cross into the area. Sebastian Le Toux dummied the pass, letting it go through his legs to Pfeffer, who didn’t skip a beat in depositing a low blast past Bill Hamid.

On a day that began with Union fans protesting before the match because of the team’s poor results, and what some perceive as poor front office management, The Union looked destined for another disappointing result after 90 minutes of regulation that saw no really dangerous chances.

Neither team was able to generate truly dangerous chances on the night, with D.C. United rookie Miguel Aguilar coming closest to a goal in the 49th minute when he hit a shot off the right post.

D.C. did have a goal a goal waved off in the 65th minute after a foul called against Chris Pontius negated what would have been a Maurice Edu own goal.

The Union finally broke through in stoppage time, when D.C. United was down to 10 men after having midfielder Luis Silva suffer an injury after the team had already used all three substitutions.

The Union defense stood up well against D.C. United, keeping the visitors from testing stand-in goalkeeper Brian Sylvestre too often. Sylvestre didn’t make a save in recording his first career shutout and victory.

D.C. United missed a chance to extend its two-point lead atop the Eastern Conference, but will face second-place New England on Saturday at Gillette Stadium. The Union return to action on May 24 with a visit to Red Bull Arena to take on the New York Red Bulls.