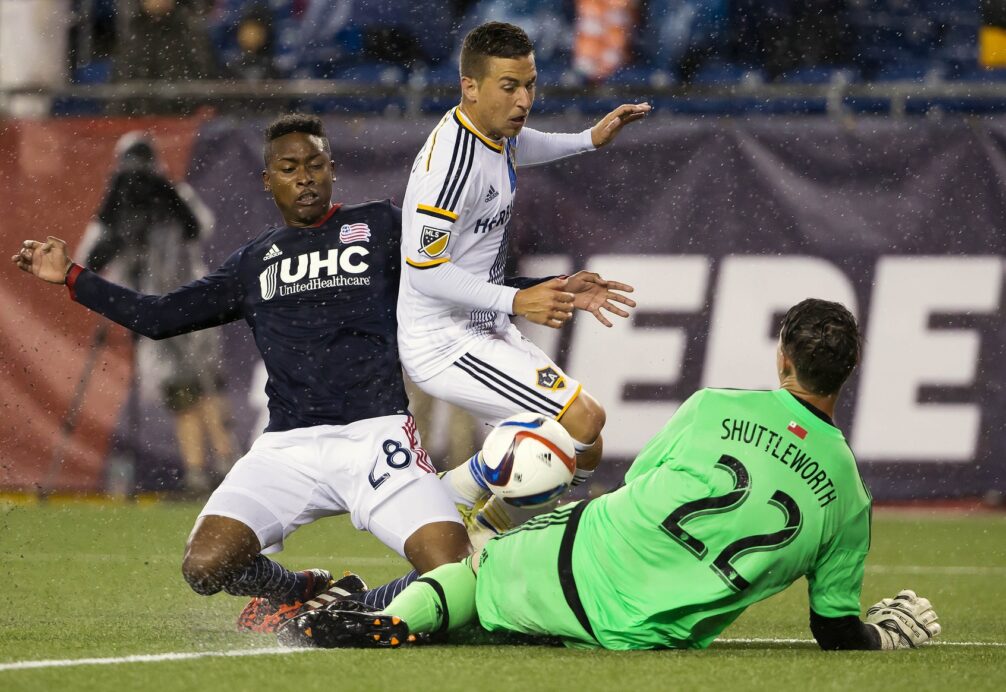 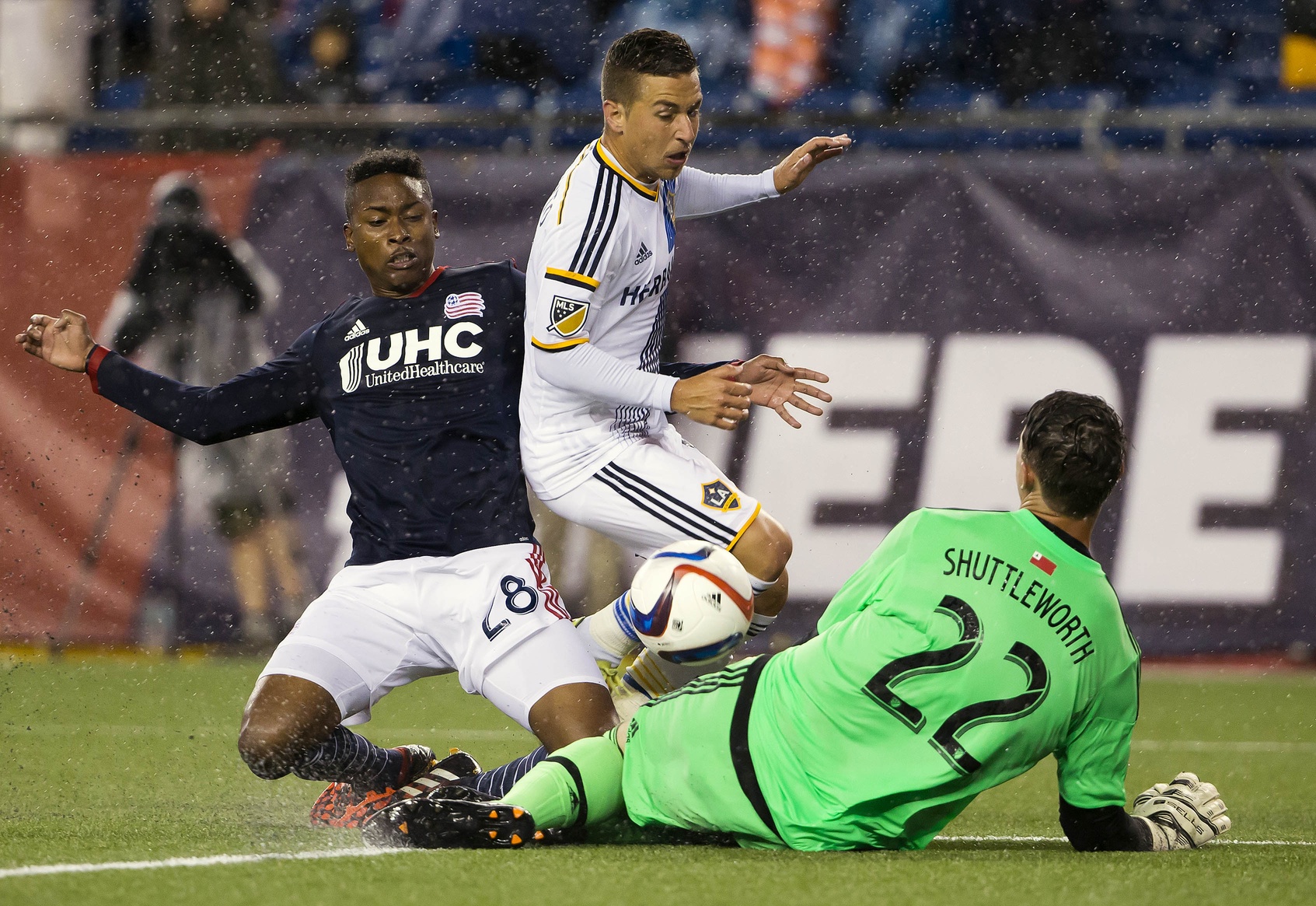 FOXBOROUGH, Mass. — Sunday night’s 2014 MLS Cup Final rematch between the LA Galaxy and New England Revolution lacked some of the expected star power, but both teams brought the fireworks early on in a 2-2 draw at Gillette Stadium.

All four goals were scored in the first half. Diego Fagundez broke out of a 14-game scoring slump to set the final result with a 37th-minute free kick that he lofted over the wall and inside the left post, just past the reach of diving Galaxy goalkeeper Jaime Penedo.

Teal Bunbury scored the opening goal for the Revolution (5-3-6) in the fifth minute, but coach Jay Heaps voiced his disappointment that the hosts allowed LA to rally back with goals nine minutes apart by rookie Nacho Maganto and Gyasi Zardes. The goal was Maganto’s first in MLS.

“I thought our game plan was really good and we came out and executed for the first 12 minutes of that game,” Heaps said. “If we had continued to do that for another 30 or 40 minutes you’d see a big smile on my face right now, but we didn’t and that’s why I’m so frustrated.

New England played absent Lee Nguyen and Chris Tierney due to red card suspensions, while captain Jermaine Jones came out of the game with a left groin injury in the 35th minute.

Jones had been announced before the match as part of the U.S. Men’s National Team’s 22-man roster for upcoming friendlies against the Netherlands and Germany, although his status for those games now looks in question.

The Galaxy (5-4-6) were missing Robbie Keane, also to a groin injury, while forwards Jose Villarreal and his replacement, Alan Gordon, were both injured on Sunday.

After stringing together a nine-match unbeaten streak earlier in the season, the Revolution have now gone five games without a win.

Bunbury put New England ahead during the opening stretch of a game that included heavy rain throughout. Bunbury finished at the right edge of the six-yard box after Scott Caldwell found him off the back of a give-and-go he played with Juan Agudelo.

The Galaxy scored consecutive goals from there as Maganto struck the ball out of the air on his first touch from the edge of the box to beat Bobby Shuttleworth in the 18th minute.

Maganto provided the second on Zardes’ low finish inside the box in the 27th minute. The rookie played the ball ahead to Villarreal, who nutmegged center back Jose Goncalves with a prodigious back heel pass to Zardes.

Fagundez saved the Revs from another 2-1 defeat against the Galaxy with a skillful dead ball strike two minutes after Jones was susbstituted off.

The Galaxy, who won games at the StubHub Center the previous two weekends, will return home to face the Vancouver Whitecaps on Saturday, while the Revs will play away to the Portland Timbers.