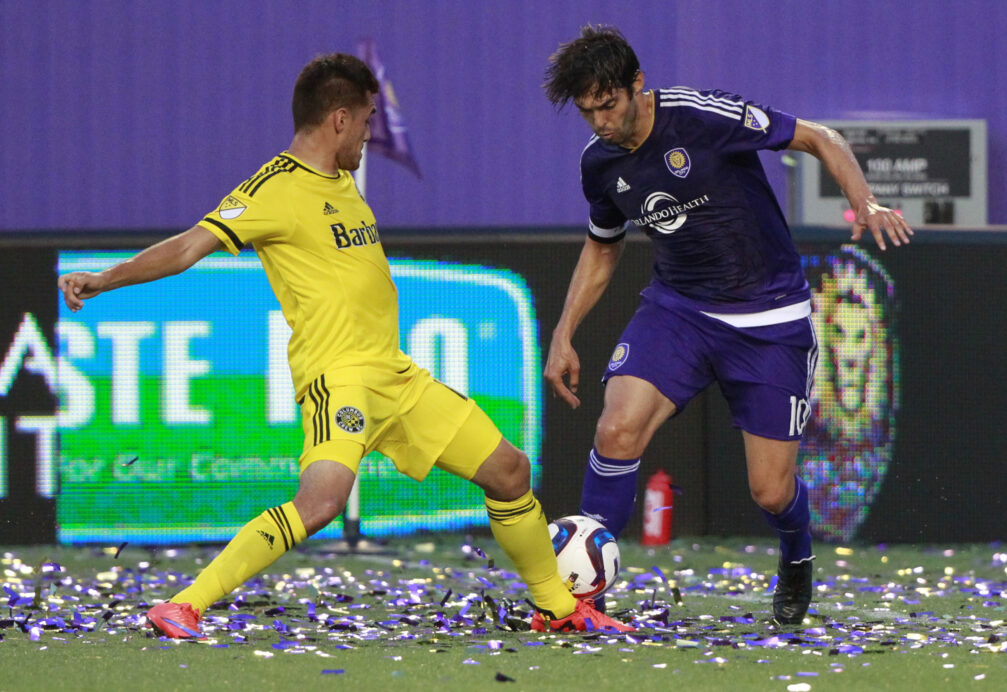 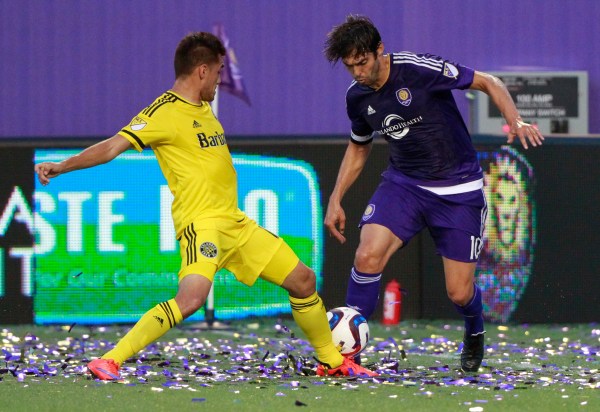 ORLANDO, Fla. — Orlando City SC found itself trailing against a depleted Columbus Crew for a majority of the game, but Pedro Ribeiro’s game-tying screamer late in the game salvaged Adrian Heath’s men a draw at home.

Ribeiro, who came into the game in the 72nd minute and made his return from a hamstring injury, blasted a shot outside the 18 in the 89th minute, canceling out Kei Kamara’s go-ahead goal in the 61st minute to earn Orlando City a 2-2 draw against the Columbus Crew on Saturday night in front of 31,430 in attendance at the Citrus Bowl.

“We left a couple of points on the table,” Orlando City head coach Adrian Heath said of the team failing to take advantage having extra men on the field. “There’s no way we should not take three points out of this game. We created six, seven clear cut chances, and when you don’t take them, unbearably, it comes back to bite you.”

For the sixth time this season, the Lions found themselves trailing at home first when Hector Jimenez’s cross found Tony Tchani, who opened the scoring in the sixth minute heading a ball past Tally Hall for the early lead.

Orlando City captain Kaka leveled the game in the 16th minute when Michael Parkhurst was called for an intentional handball in the box, leaving Columbus playing with 10 men. The Brazilian designated player coolly converted on the penalty kick to score his sixth goal of the season.

The Lions could of taken the lead in the 26th minute when Cristian Higuita found Cyle Larin open in the box, but the rookie failed to execute on the close-range opportunity.

Brek Shea didn’t make an appearance for Orlando City after a red card last week at San Jose had the American international suspended for Saturday’s showdown against the Crew. With Carlos Rivas taking the role of the absent Shea, Heath told reporters his exclusion wasn’t a factor in how the game ended.

With the game level at halftime, Adrian Heath’s men came out of the gates deploying an offensive blitz, but weren’t able to break the Columbus back line. After Tally Hall committed four saves in the first half, Columbus’ only chance in the second half proved to be pivotal after Kamara’s header curled into the net to give Columbus the lead.

Luke Boden’s cross in the 53rd minute found Larin, who headed the ball towards Rivas, only to smash the volley towards the crossbar to keep the game tied.

Despite not having the finishing the touch, Adrian Heath’s men found no problem at all dominating possession after holding the ball for 70 percent of the second half. Ribeiro’s goal was the only difference that edged the Lions towards the draw after the Brazilian blasted a shot past Steve Clark.

“I took a chance and fortunately the ball went in,” Ribeiro told reporters on his game-tying goal. “It means a lot, it means the world to me. Probably the most important goal I scored in my professional career. I try to take my opportunities, and today I was fortunate enough to take a good shot and the ball end up in the back of the net.”