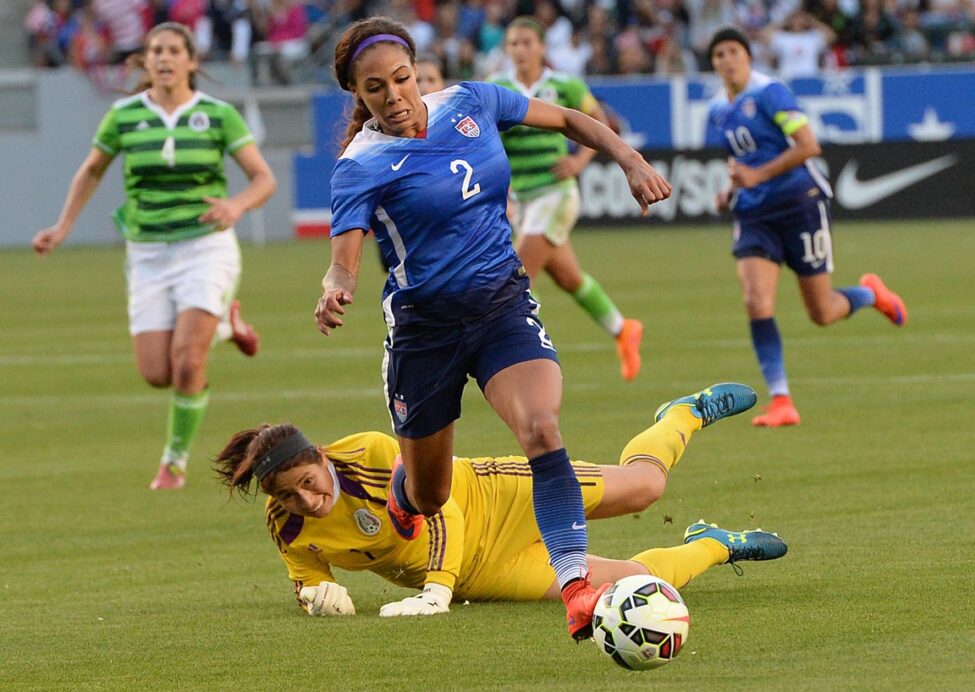 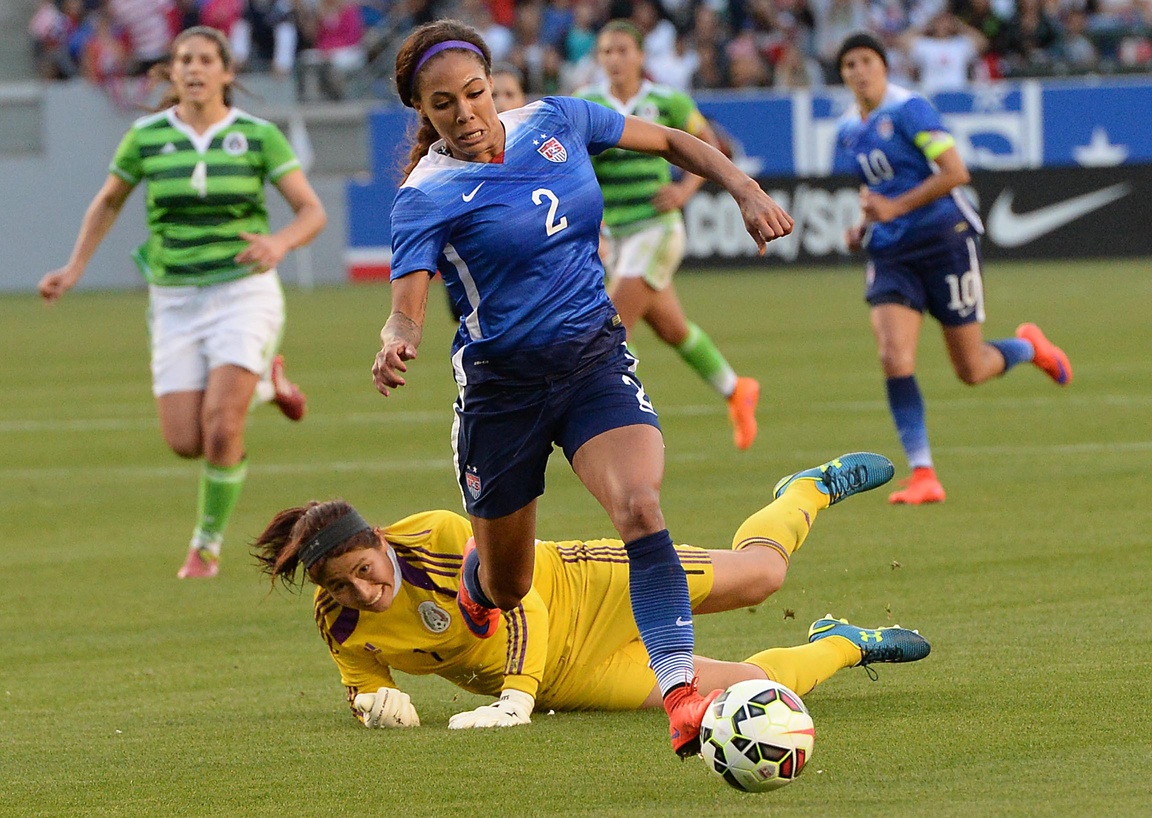 CARSON, Calif. — The road to the Women’s World Cup may be paved in goals for the U.S. Women’s National Team, but perhaps not as many as the Americans would like.

Despite another night of lopsided chances and a low conversion rate early, the USWNT surged late to give the sellout crowd at the StubHub Center a goal-filled Sunday night as the hosts romped past Mexico, 5-1.

It was a slow start for the Americans who went into the half tied 1-1 despite a whopping 12 shots to Mexico’s four. But as seems to be a trend with the USWNT, the second half saw a flood of U.S. goals for a roaring comeback.

Coach Jill Ellis came away from the match pleased with her squad’s performance, even with a first half filled with missed chances.

“Finishing is that final piece,” Ellis said. “We’re getting a lot of good looks. I said to the team at halftime, the amount of chances they’re creating, you just have to keep knocking on the door, then be persistent with it. And certainly, they were rewarded.”

“As a coach, you know the goals are going to come — and part of it is making sure how well you’re playing to get those chances.”

In a starting role, Sydney Leroux put her 2015 scoring drought to an end, scoring twice on similar goals that showed the striker’s confidence just three weeks from the Women’s World Cup.

Megan Rapinoe sprung Leroux in the 28th minute toward goal. Goalkeeper Cecilia Santiago came off her line and Leroux dribbled around her and fired from nearly the endline, scoring on a difficult angle for her first of 2015.

Leroux returned in the 61st minute on a similar run, rounding Santiago one-on-one and scoring on an open but wide-angle blast for a brace.

As a second-half substitute, defender Lori Chalupny scored just 30 seconds into her appearance, with fellow substitute Abby Wambach slipping her a loose ball that she fired in easily.

A handling call in the penalty box handed the Americans a penalty kick in the 58th minute, with Wambach firing it hard to Santiago’s right to convert. Wambach doubled her own tally some 14 minutes later, scoring on a Tobin Heath assist.

For all the goals, the Americans could’ve had many more, to be sure. The USA out-shot Mexico 29-to-6 on the night.

In the 15th minute, defender Alina Garciamendez blocked a Press header off the goal line. After brief scramble, Rapinoe fired on a loose ball and Santiago blocked; Rapinoe tried again on the deflection and Santiago caught it. A similar sequence in the 43rd minute had Rapinoe and Press denied goals.

Carli Lloyd was inches from scoring in the 32nd minute, nodding a Morgan Brian service off the crossbar.

Mexico’s lone goal meant little in the end, but was notable as Mexico’s first goal against the USWNT since Nov. 5, 2010, when El Tri forced the Americans into a World Cup qualifying run-off in an upset.

Ariana Calderon equalized in the 41st minute on a set piece, rising up through a crowded goal area to head it over goalkeeper Hope Solo.

Alex Morgan sat out again and Ellis hinted before the match that Morgan would stay on the sidelines until the World Cup as a “conservative” precautionary measure. Morgan last played for the USWNT on April 4, but since then has been recovering from a bone bruise.

Amy Rodriguez spent Saturday sick with a stomach bug, but was made available as a substitute.

The USWNT will finish pre-World Cup preparations at the end of the month against South Korea at Red Bull Arena.