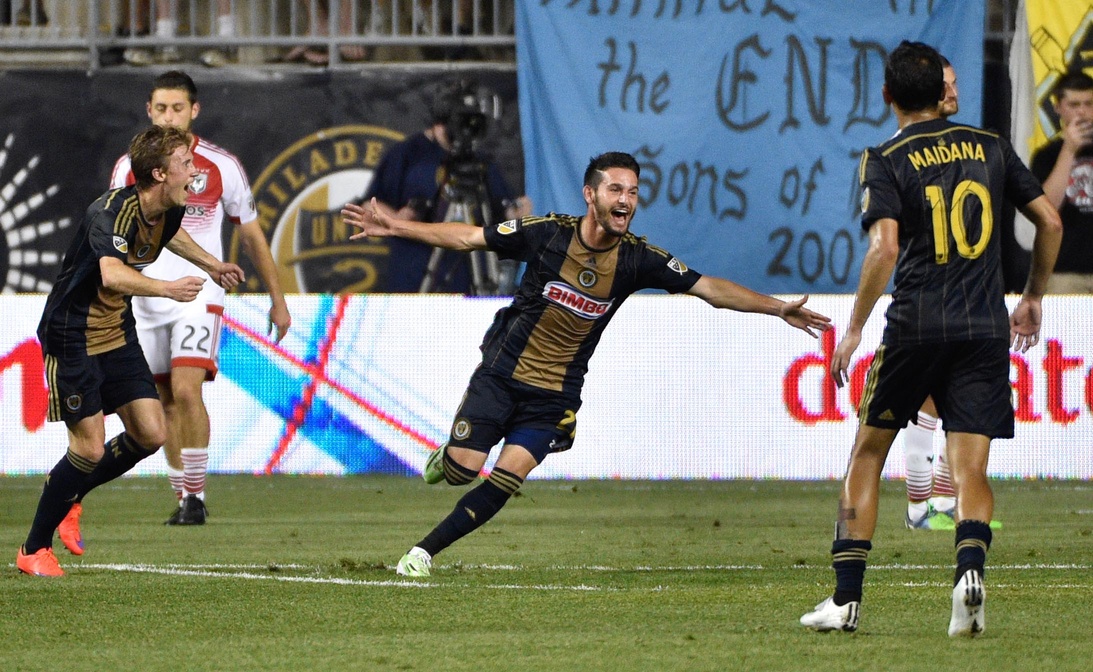 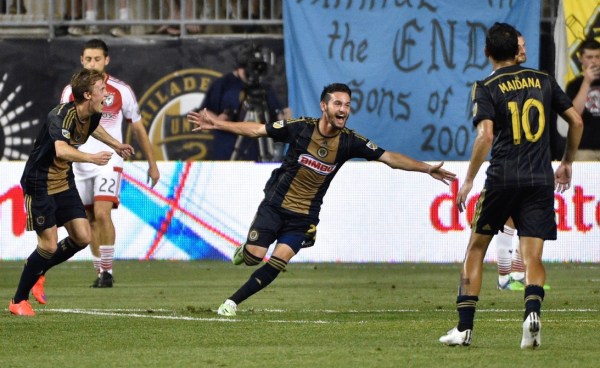 When it comes to MLS, one always has to expect that unexpected, a theme that was extremely apparent in Week 11.

It was hard to expect the Philadelphia Union to pick up the team’s first win in what feels like ages against a D.C. United team that was as hot as any. It was also difficult to expect a struggling Orlando City team to absolutely destroy the LA Galaxy in a 4-0 victory.

What can be expected, though, is some shakeup in the rankings, as some of the league’s bottom dwellers put on complete performances, while favorites faltered and floundered in confusing performances.

Have a look at the SBI MLS Power Rankings for Week 11 below:

OUTLOOK–  Despite the absence of Obafemi Martins, the Sounders put forth a virtually flawless performance against their Cascadia rivals. Chad Barrett filled in to the tune of two goals, and the backline all but limited a fearsome Whitecaps attack. The Sounders remain one of the league’s deepest teams, and that depth could be the difference between being good or being truly great.

THIS WEEK: at Sporting KC on Wednesday; vs. D.C. United on Saturday

OUTLOOK–  With a draw against TFC, the New England Revolution remain unbeaten in their last nine. Truthfully, the Revs were the better side against TFC, undone by a spectacular Michael Bradley goal and a strong goalkeeper performance from Chris Knopka. Despite drawing in two straight weeks, the Revs are fine, and remain a team to be reckoned with in the East.

OUTLOOK– Emerging from Frisco with a point is certainly a respectable result given how well FC Dallas has played this season. Saved by a highlight reel goal-line clearance from Felipe, the Red Bulls absorbed pressure from FC Dallas to snag a draw. The Red Bulls continue to pick up points in whatever fashion required, a necessary trait to have in MLS.

OUTLOOK– After picking up a come-from-behind victory over Orlando City midweek, D.C. floundered big time on a trip to PPL Park. It was the classic case of a two gameweek trap game, as D.C. fell right into the Union’s hands. Overall, not too concerning, especially since D.C. was without Luis Silva. If anything, the embarrassing loss should serve as motivation for a big clash with the Revs next time out.

OUTLOOK– FC Dallas will be left slightly disappointed by a scoreless draw with the Red Bulls, especially after seeing a goal cleared off the line by Felipe. Still, there are plenty of positives to take from the draw. The attack is good, that much is known, but it was the defense that stepped up most against the Red Bulls. If FC Dallas can put together consistent and complete performances on both side of the ball, watch out.

OUTLOOK– After wiping the floor with the Union the week prior, the Whitecaps were humbled a bit by the Sounders last time out. The backline was completely undone twice by Chad Barrett, a relative anomaly considering how strong the Whitecaps usually are at the back. The loss stings, sure, but should prove as a lesson that the Whitecaps still have more work to do to reach that elite echelon that the Sounders currently inhabit.

THIS WEEK: vs. New England Revolution on Wednesday; at Seattle Sounders on Saturday

OUTLOOK– Sporting KC were blessed by Mother Nature this weekend, seeing Saturday’s game postponed due to weather. SKC now enters a major double game week with fresh legs, and they will surely need them in the coming weeks. Matchups with the Revs, FC Dallas and the Sounders twice await, giving SKC one of the toughest months imaginable.

OUTLOOK– That was bad, very bad. The Galaxy continue to fall flat on their face without Robbie Keane, but the Irishman could have done little to stop a 4-0 drubbing at the hands of Orlando City. The loss was flat out embarrassing, and perhaps the worst seen during the Bruce Arena tenure. The absence of Omar Gonzalez was clear as day, but the team as a unit needs to start doing things differently if they want to break out of this rut that has defined the early season.

THIS WEEK: vs. Chicago Fire on Friday

OUTLOOK: The Crew continue to be as inconsistent as ever, falling to the Earthquakes just one week after picking up what appeared to be a season-defining victory. Mohammed Saeid’s dismissal illustrated just how badly the Crew need the return of Wil Trapp to truly play at the highest level.

OUTLOOK–  A commanding win over the Timbers gives the Dynamo two straight statement wins after knocking off TFC the week prior. Giles Barnes and Will Bruin continue to torment opposing defenses, with the latter scoring four in his last five. The Dynamo seem to be rounding into form.

OUTLOOK– Going toe-to-toe with a previously impressive Crew team, the Earthquakes emerged victorious with a big-time win. The Earthquakes always seem to show up for big games, both a promising and frustrating trend. Being up a man certainly made life a little easier, but it was certainly a big win for an Earthquakes win that is starting to rack of those types of results

OUTLOOK– Following the prior week’s disaster against the Dynamo, a draw against the Revs is certainly a welcome result for TFC. What is not welcome, however, is any sort of injury to Jozy Altidore, who left with a hamstring injury. A healthy Altidore and the Michael Bradley of Saturday are a scary thought, but TFC needs them both healthy and clicking at the same time to pose a true threat going forward. TFC dropped a bit in the rankings this week, but more because of what other teams did than because of anything TFC did wrong this week.

OUTLOOK– Losing at RFK Stadium is nothing to be ashamed of, especially after absolutely trouncing the LA Galaxy in response for the team’s first home win. Kaka continues to provide everything expected of him, while Cyle Larin is starting to look like the goalscorer Orlando City has needed so desperately this season.

THIS WEEK: at Columbus Crew on Friday

OUTLOOK– Up two goals and a man, the Fire capitulated at NYCFC, allowing a cheap goal just before halftime before a stoppage time equalizer effectively ruined the Fire’s night. That was exactly the type of game that needs to be put to bed with three points, something the Fire will need to learn going forward.

THIS WEEK: vs. NYCFC on Saturday

OUTLOOK– RSL laid an absolute egg in Montreal last Saturday, conceding thrice in a matter of 11 minutes to lose an hope of snagging a result. Chris Schuler’s absence was particularly apparent for an RSL backlike that was torched by the Impact on everything from set pieces to counters to basic build up play. Schuler should be back in a few weeks, but RSL need to find a way to put a bandaid on things until then.

OUTLOOK– The Timbers defense proved to be a sieve on Saturday, allowing the Dynamo to attack, and score, at will. It looked like the Timbers of old, a team that just had no rhyme or reason to defensive duties. The backline has looked better this season, but the Timbers need to make sure that Saturday’s performance is more of an aberration than a return to past struggles.

OUTLOOK– What a performance from the Impact. Riding an attack that was absolutely dominant, the Impact thrashed RSL to pick up the team’s first league win of the season. Andres Romero was clinical, while Ignacio Piatti and Dilly Duka pulled some big-time strings. If the Impact can attack like that week in, week out, they have a real chance to recapture some of that CONCACAF Champions League magic in MLS play.

OUTLOOK– The Rapids are winless in five games, a streak that the team will have to wait a little longer to tackle following Saturday’s postponement. The Rapids are still riding four straight draws, meaning the goal continues to be finding the ability to snag victories every now and then.

OUTLOOK– In a draw that felt as much like a win as any, NYCFC showed real character and fight to emerge with a point while in such a rut. Down a man and two goals, David Villa led the way to snag a point that could be quite the turning point. The winless streak remains at 10 games, but it’s hard not to feel a little bit better about NYCFC after Friday’s result.

OUTLOOK– Not only did the Union pick up an absolutely much-needed win, they did so against one of the league’s best teams. Despite fan protests and overall unrest, the Union played smart, calculated and, perhaps for the first time this season, as a team. That challenge now lies in replicating that performance, but the Union have plenty to smile about after a big victory.