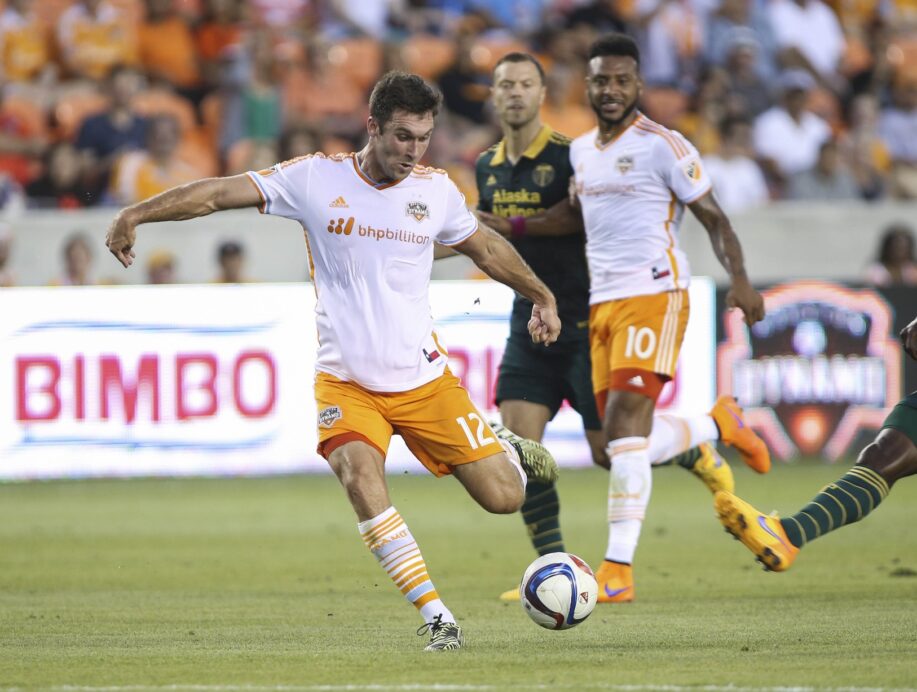 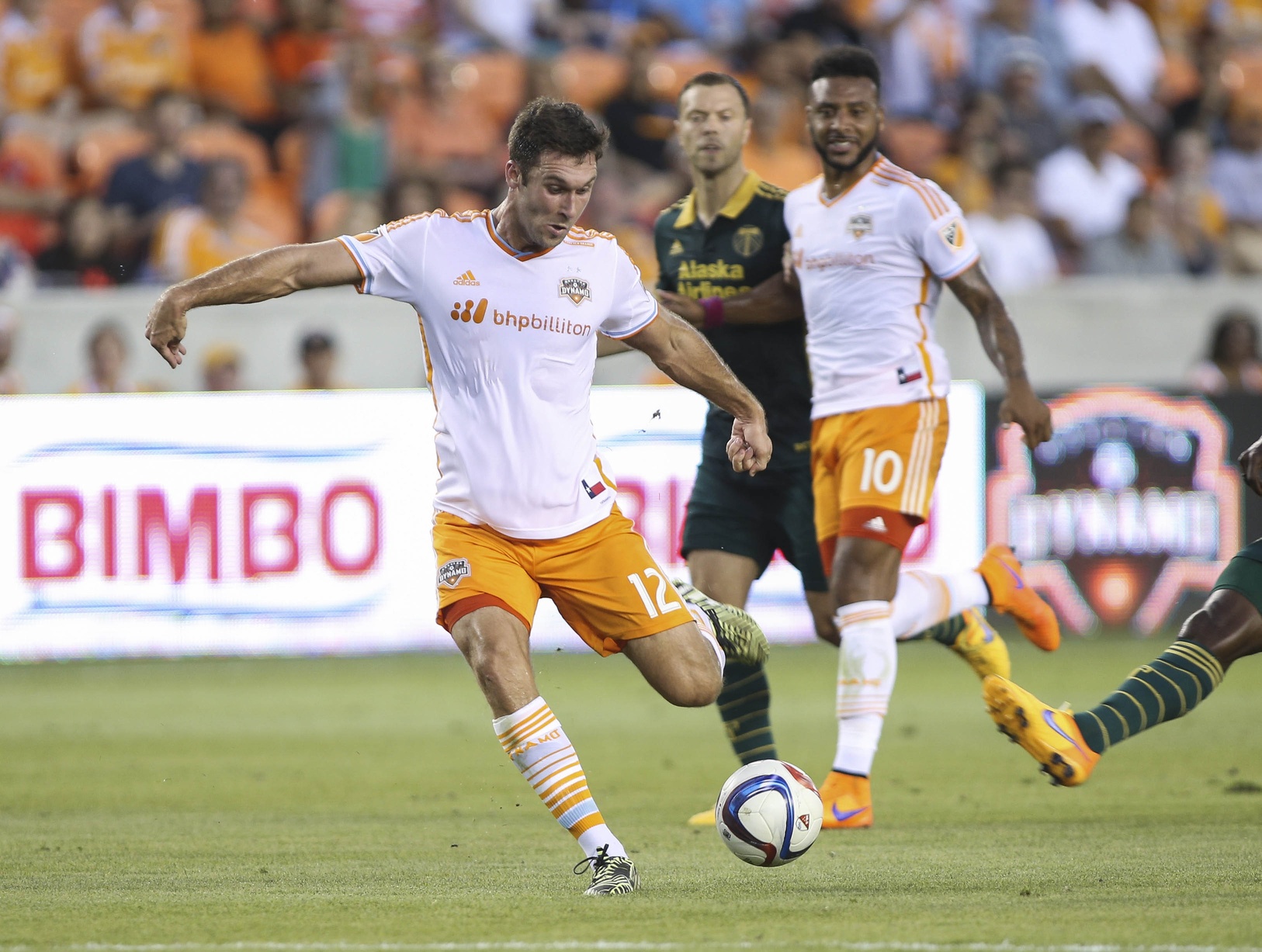 Two teams searching for a way up the Western Conference standings met at BBVA Compass Stadium, but only one managed to do so.

The Houston Dynamo won just their fourth game in 12 attempts by defeating the Portland Timbers, 3-1 in front of a home crowd. This game was nowhere as clear-cut as the result would indicate. The Timbers held more possession and at times took the Dynamo defense to task behind influential attacker Diego Valeri.

But the Dynamo benefitted from Will Bruin’s brace, with both strikes sandwiching a powerful finish from Giles Barnes to bury the Timbers in the second half.  The Dynamo moved into the playoff spots with the win, while the Timbers remained in ninth.

The first goal of the game came in the opening minutes of the game, as Bruin was served a Brad Davis free kick into the area that he headed into the net.

After the goal, the Dynamo took control for much of the first half, exposing Portland’s left wing and giving their defense a run for their money. However, the Timbers proved that their defense would not go down without a fight.

The Timbers took advantage of Houston’s inability to find the net early, and during the latter part of the first half started controlling the game. This control transferred into the second half, and it led to an equalizer three minutes after halftime as Fanendo Adi benefitted from a through-ball by Diego Valeri.

Valeri was one of the best players on the field, and was the reason why the Dynamo could not get too comfortable in the game. Still, the Timbers only managed a single shot on target as four more were blocked, leaving the Houston attack to go to work.

The game became a back and forth battle until the Dynamo broke through in the 75th minute. Just a minute after coming into the match, Alex Lopez set up Giles Barnes who thumped his strike into the back of the net. Lopez deserves most of the credit for the goal as his assist only came after a cutback in the area that left two Timbers’ defenders ball-watching.

Now with the lead, the Dynamo did not have to wait long for a third to seal the deal. Bruin completed his brace after receiving a pass from defender Jermaine Taylor that he lobbed over the Timbers’ goalkeeper Kwarasey for the final nail on the coffin in the 83rd minute.

It’s the first time since August that the Dynamo have strung together consecutive victories. They go for number three on the road against the LA Galaxy on Friday, while the Timbers attempt to bounce back against Toronto FC.