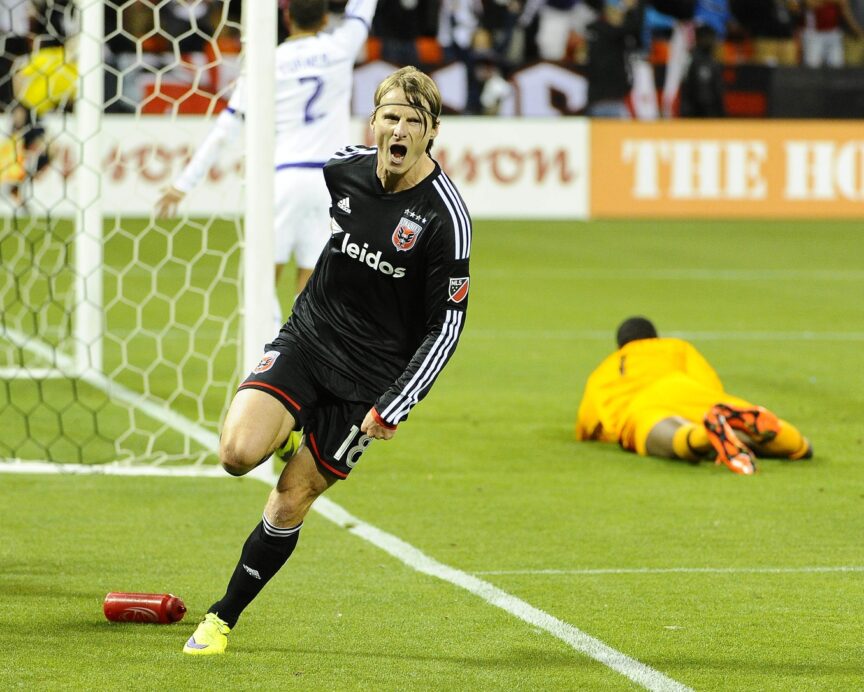 WASHINGTON—It might not have been in stoppage time, but D.C. United found a way to break Orlando City hearts for the second time this season.

For much of the game, D.C. United desperately missed the playmaking ability of the injured Fabian Espindola as well as Chris Rolfe, who started on the bench. D.C. United didn’t have a shot on goal for the entirety of the first half.

Opare leveled the score in the 70th minute, when Taylor Kemp delivered a superb set piece from 40 yards out. Kemp’s cross found Opare on the back post, who climbed above two defenders and sent his header down and back across Ricketts’s goal.

Shortly after, D.C. United substitutions linked up for the winning goal. In the 79th minute, Miguel Aguilar sent a short cross over the top, and Rolfe barely got his toe to the ball. Ricketts got his hand to it, but couldn’t keep it from going in.

The win moves D.C. United into first place in the Eastern Conference with 21 points, and a point ahead of Vancouver and Dallas for an early lead in the Supporters Shield race.

Orlando City opened the scoring in the 10th minute. D.C. United tried multiple times to clear the ball from their own box, but the ball richocheted multiple times and eventually to the left foot of Cyle Larin, whose quick setup and shot was still rising as it beat Hamid.

This Sunday, Orlando City host the LA Galaxy, while D.C. United travel to Philadelphia to play the Union.