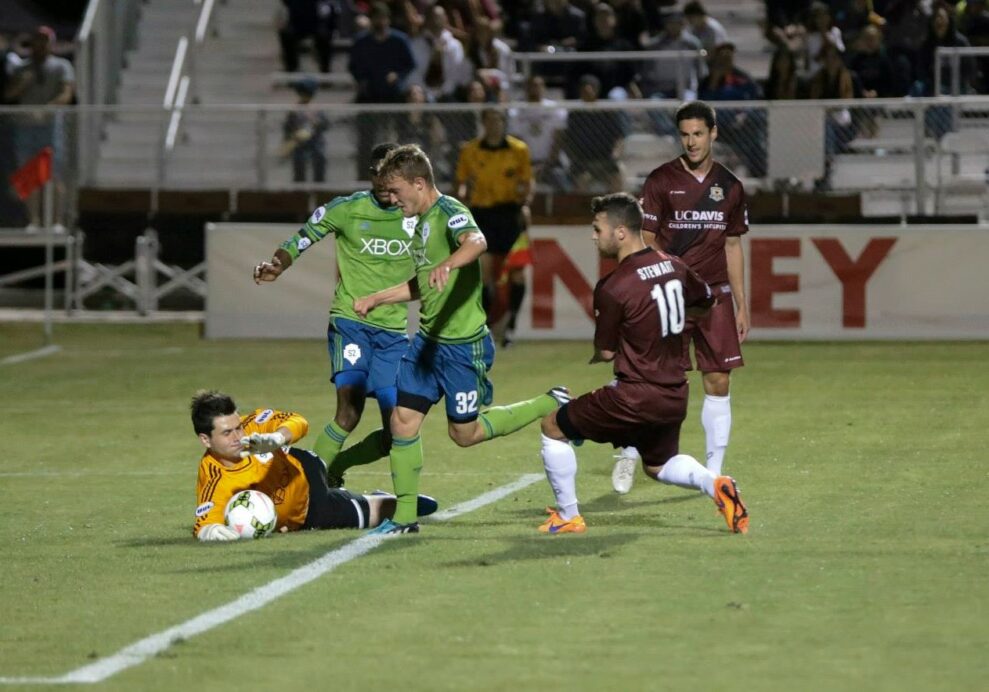 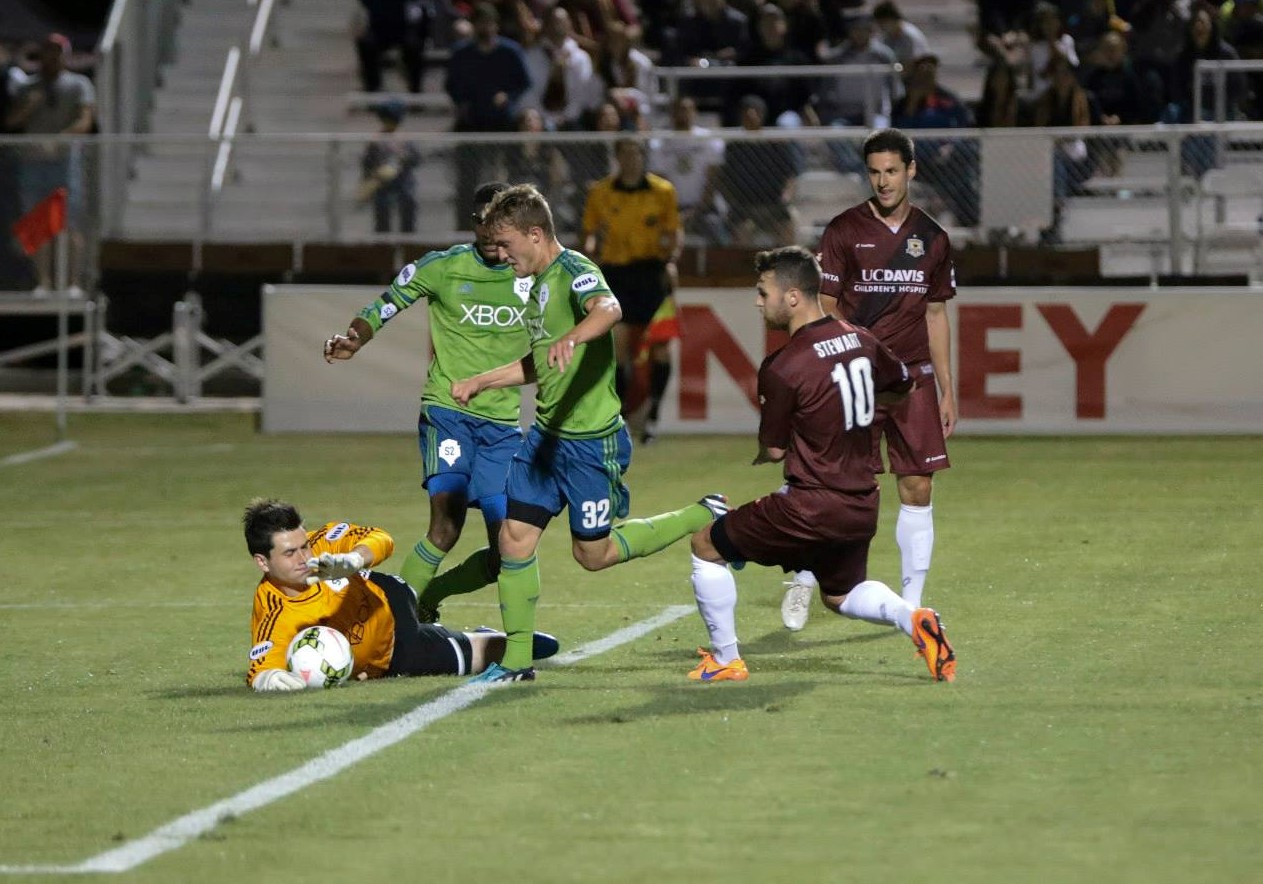 The club who has been there before is beginning to emerge from the Western Conference pack.

Defending champions Sacramento Republic FC eased past Seattle Sounders 2, 3-0 on Saturday to take sole possession of the top spot in the west. The result also keeps Sounders 2 winless on the road through four trips this season.

Rodrigo Lopez scored his sixth goal of the season to lead the team and co-lead the league in the 62nd minute. Lopez combined with Max Alvarez, who put him in behind the Sounders 2 defense before the striker buried his shot.

Lopez also played a part in the opening goal when his free kick found Nemanja Vukovic just outside the goal area for a simple header in the 19th minute. Shortly after the second goal, Giuliano Frano was sent off in the 65th minute, adding to Sounders 2’s woes.

Adnan Gabeljic then benefited from a poor Sounders 2 clearance to dribble in unopposed and fire a low shot into the net. A pair of saves from Republic FC goalkeeper Patrick McLain kept the visitors down early in the second half.

Here are some more recaps from the weekend’s USL action:

After spending the first few weeks of the season toward the top of the Eastern Conference, the Richmond Kickers were brought down with a thump.

The Charlotte Independence recorded their second straight win on Friday night, beating the Kickers 3-0 in a dominant home display. It was the Kickers’ first loss of the season, ending a seven match unbeaten run.

The Independence opened the scoring in the 25th minute, when Marlon Hairston dispossessed a defender and played Ryan Finley through on goal. The former Columbus Crew and Chivas USA man applied the finish from a tight angle for a 1-0 lead.

After a red card to the Kickers’ Alex Lee, the Independence took advantage just after halftime through Patrick Slogic. Jorge Herrera played the defender through, and Slogic scored his second goal in as many games.

Finley turned provider for the third goal by finding Hairston with a long pass. Hairston sped to the ball before applying a one-time finish in the 50th minute.

The Independence will try for a third win in a row against Harrisburg City Islanders on Saturday, while the Kickers must bounce back also on the road against the Pittsburgh Riverhounds that same day.

The Austin Aztex have hopped into the top three in the west after a dramatic 3-2 comeback win against Real Monarchs.

The Aztex scored two goals in the final three minutes to stay unbeaten through three games. Kalen Ryden scored the tying goal in the 88th miute before Trevin Caesar struck in the first minute of stoppage time for a memorable victory.

Kris Tyrpak opened the scoring for the Aztex’s in the 14th minute before the Monarchs, who sit bottom of the Western Conference, equalized through a Max Rauhofer penalty. Lucas Baldin then gave the visitors a 2-1 lead in the 56th minute.

The Aztex will look to ride this momentum to a good result against Arizona United on Saturday. The Monarchs try to snap a five-game losing streak against Portland Timbers 2 on the same day.

Just when it looked like the Rochester Rhinos’ winning streak would come to an end, they found a way to stay well in front of the Eastern Conference standings.

Second half substitute Steevan Humberto Fortes Dos Santos popped up at the far left post to head in a cross from Kenardo Forbes in stoppage time for the 1-0 result. The Rhinos now sit on a four game winning streak and are three points ahead of nearest challengers Charleston Battery.

TFC II slumped to its second straight defeat, and they will head into next week shorthanded after attacker Mo Babouli was handed a second yellow card just before the Rhinos scored the winner.

TFC II will miss Babouli for Thursday’s game against Saint Louis FC. The Rhinos hit the road on Saturday to face Wilmington Hammerheads.

Here are the results from the last weekend of USL action: