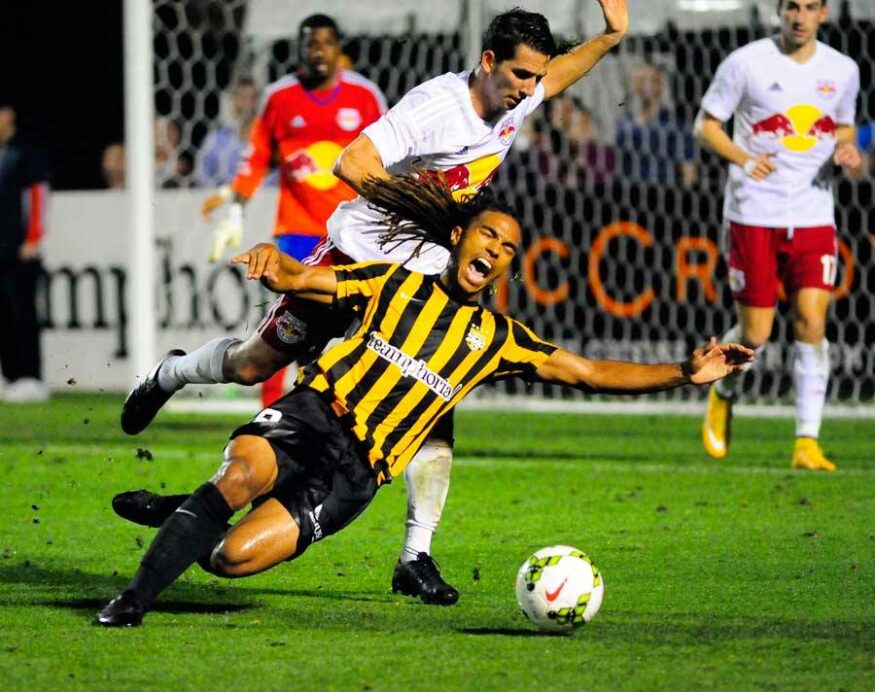 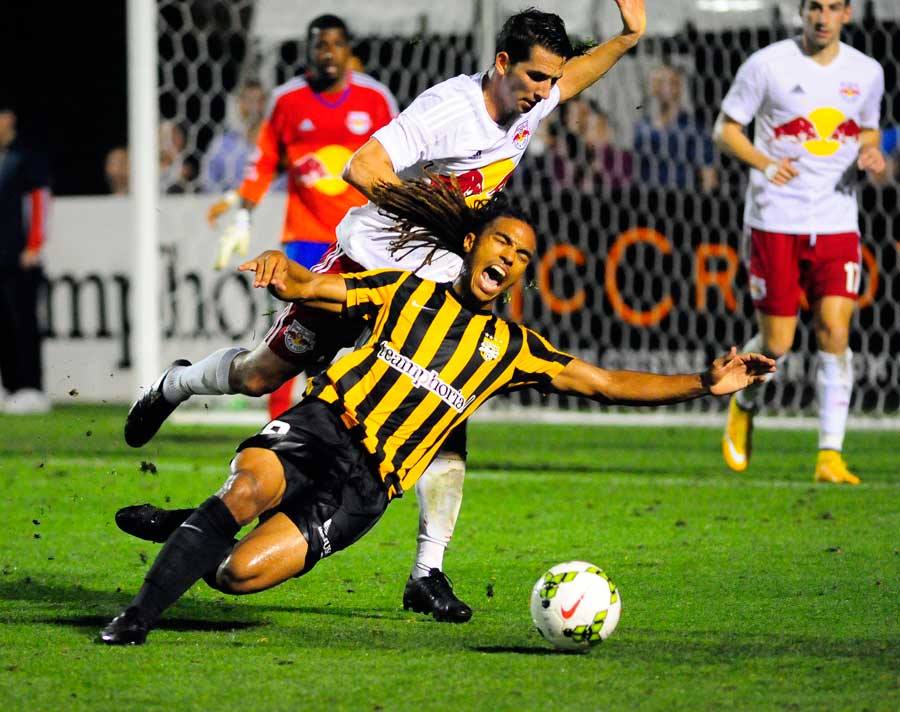 New York Red Bulls II may not have too many big results so far this season, but the club nearly pulled one off on Sunday.

The Charleston Battery needed a stoppage time penalty kick goal from Justin Portillo to salvage a 1-1 draw against NYRB II. A Battery attack that has put many teams to the sword this season was stopped in its tracks by the Red Bulls II effort, including eight saves for goalkeeper Santiago Castano.

Cameroonians Marius Obekop and Anatole Abang combined to open the scoring for Red Bulls II. Obekop threaded a pass through the defensive line where Abang picked it up, dribbled around the goalkeeper and eased his shot into the net for a 1-0 lead in the sixth minute.

It lasted until stoppage time when the Battery earned a penalty after pressuring the NYRB II back line. Portillo put it away to tie things up.

The Battery next host Miami United in U.S. Open Cup play before taking on the Charlotte Independence on Saturday. NYRB II plays Jersey Express in USOC and hosts FC Montreal on Sunday.

Here are more recaps from the weekend’s USL action:

For an expansion side, Louisville City FC is throwing some serious punches.

The new club secured its second consecutive win, and third in four games, in a 4-0 victory over Toronto FC II. Former Chicago Fire and Chivas USA striker Matt Fondy scored twice to propel Louisville up to fourth in the Eastern Conference standings.

Kadeem Dacres opened the scoring in the sixth minute before Matt Fondy doubled the advantage about 10 minutes later. Connor Shanosky’s strike made it 3-0 before halftime.

Fondy’s third goal of the season came in the 56th minute. The result leaves Louisville in a good mood ahead of USOC action against Lansing United on Wednesday and a Sunday matchup against rivals Saint Louis FC.

With just one win in the last five games, TFC II hopes to turn things around at home against the Rochester Rhinos on Saturday.

For the second week in a row, Steevan Humberto Fortes struck late for the Rhinos, but this time it wasn’t enough for victory.

Fortes’ 87th minute strike was matched by an Ashani Fairclough goal for the Wilmington Hammerheads in stoppage time to salvage a 1-1 draw. The result leaves the Rhinos unbeaten through nine games, while the Hammerheads are without a win in five games.

Kenardo Forbes provided the Rhinos winner against TFC II last week, and once again he had the assist for Fortes’ second goal in two games. But four minutes later, Fairclough’s header earned a point for the home side.

After playing Chattanooga FC on Wednesday in USOC play, the Hammerheads face another tough outing against the Battery. The Rhinos face Greater Binghamton FC before hitting the road to face TFC II.

For the third time this season, Sacramento Republic FC has the upper hand on LA Galaxy II.

Rodrigo Lopez scored his seventh goal of the season, and third against Los Dos, in the 64th minute to provide Republic FC with a 1-0 win. The victory takes Sacramento to the top of the Western Conference by two points.

Los Dos’ four game winning streak since the last time they lost to Sacramento came to an end when Gilberto’s cross found Lopez in the box. The striker brought the ball down before finishing easily for the winner.

Here are this weekend’s USL results: