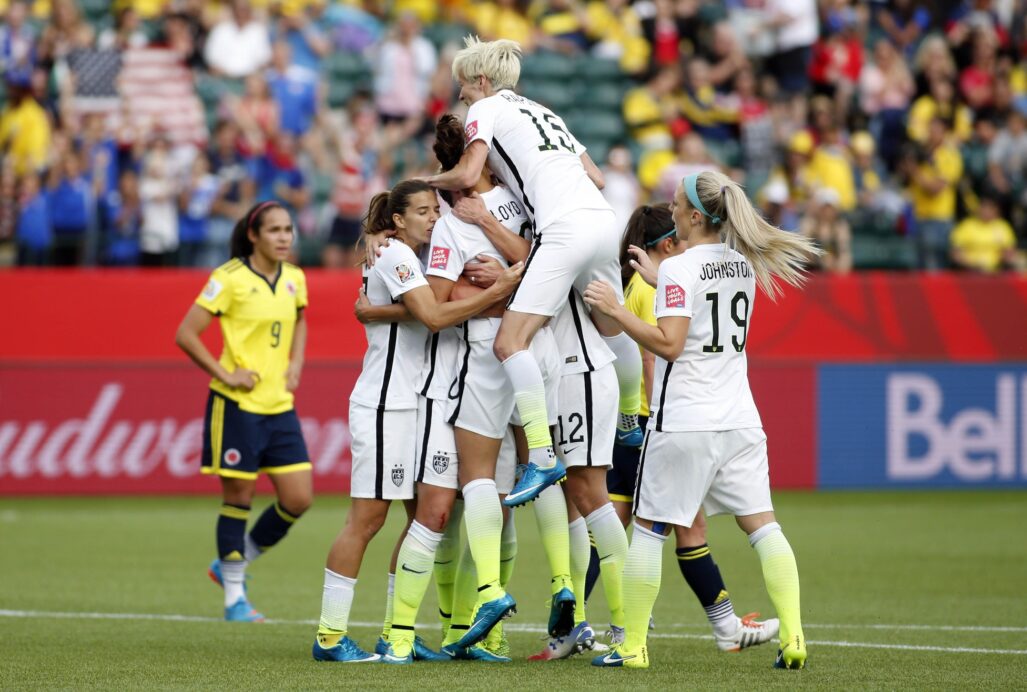 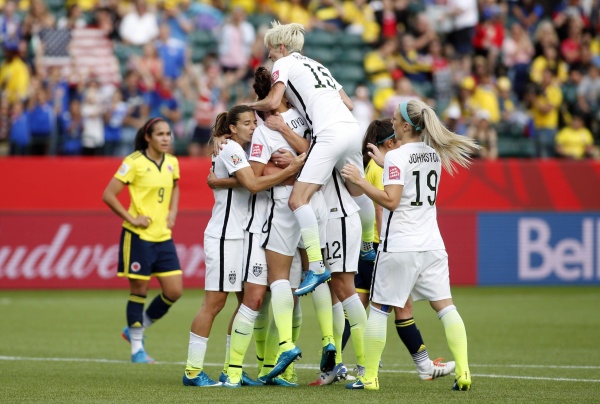 Despite seeing a missed penalty kick and a goal ruled offside, the U.S. Women’s National Team produced just enough on the attacking end to book a spot in the quarterfinals of the Women’s World Cup.

Led by second-half goals from Alex Morgan and Carli Lloyd, the USWNT topped 1-woman Colombia, 2-0, in Monday night’s Round of 16 matchup to lock up a spot in the tournament’s quarterfinals.

Morgan’s finish, which came in the 53rd minute, came just moments after a missed penalty kick threatened to derail what had been a more aggressive U.S. side.

After a bit of sustained possession, Morgan received the ball on the right side of the box and dribbled towards the near post. The U.S. forward unleashed a shot right at the post which caromed off of the hands of Castaño, giving the U.S. the 1-0 lead.

The lead was doubled in the 66th minute by Lloyd, who cashed in the USWNT’s second penalty kick attempt of the evening following a foul in the box on Megan Rapinoe.

Colombia was sent into full-on crisis mode in 47th minute as goalkeeper CatalinaPerez was sent-off for a foul on Morgan that yielded a penalty kick. Starting due to a suspension to incumbent starter Sandra Sepúlveda, Perez was replaced by Castaño, who was bailed out on the Wambach penalty kick as the U.S. forward sent the spot kick well wide.

Morgan recovered for the U.S. just six minutes later, bailing the U.S. out by catching Castaño cheating for the game-winning goal.

The first half saw the U.S. once again prove dominant, although the attacking unit once again failed to provide any sort of end product. Struggling to create via a flurry long balls, the U.S. had few chances, with the best coming on an Wambach finish that was ruled offside.

Wambach’a near chance came in the fourth minute, as the USWNT forward pounced on a rebound from a Tobin Heath shot, but was ruled offside shortly after toe-poking a shot past Perez.

For the U.S., the lone sour spots came in the forms of yellow cards, as both Lauren Holliday and Rapinoe were booked, earning suspensions for the quarterfinals due to yellow card accumulation.

However, the pair of U.S. finishes proved to be more than enough to ensure a U.S. victory. With the win, the USWNT is now set to take on China in Friday’s quarterfinal matchup.