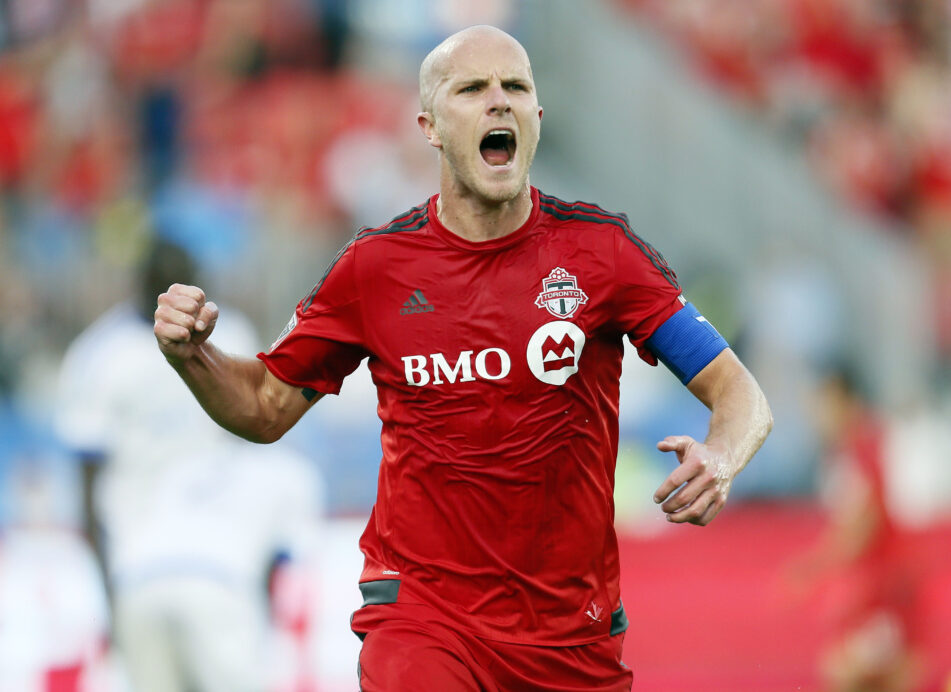 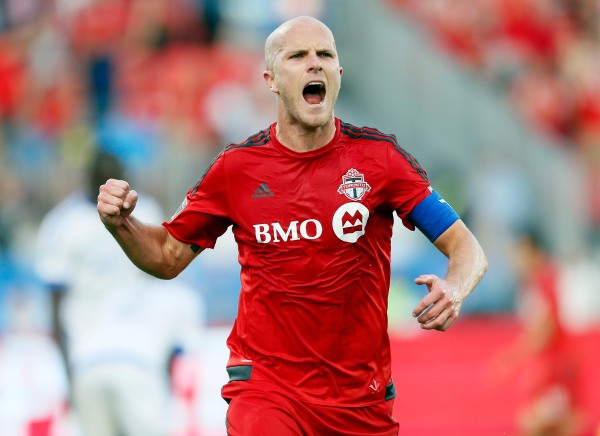 Michael Bradley is red hot, and Wednesday evening against the Montreal Impact, his form continued to flare.

Toronto FC’s dynamic trio caused problems for the Impact all evening en route to a 3-1 comeback victory at BMO Field, and Bradley was the man to carry the torch through to the end, scoring the equalizer in the first half and assisting Jozy Altidore’s game-winning strike in the second half.

In addition, Sebastian Giovinco set a club record for assists in a season with seven despite making only 14 appearances for Toronto FC so far. His quick pass to the top of the box before the 30-minute mark found an onrushing Bradley, who buried the chance minutes after Impact defender Ambrose Oyongo thumped in a volley for the opener.

And the Italy international wasn’t content on letting the U.S. internationals have all of the spoils, as he created his own penalty chance late on and subsequently converted it with a perfectly placed shot past a diving Evan Bush.

Toronto FC controlled things in the early goings, but this Canadian derby would have plenty of end-to-end play and intensity.

From just outside the top of the penalty area in the 19th minute, Oyongo blasted in his first goal in MLS using his left foot to volley a previously cleared header into the bottom-right corner. His goal would not stand alone for long, though.

With Giovinco speeding down the right eight minutes later, Bradley trailed the play and positioned himself just at the top of the box, and when the “Atomic Ant” cut inside and picked up his head, he coolly slotted over the ball to Bradley, who tucked it home, leveling the score at one apiece.

Impact forward Jack McInerney had a great chance to give the visitors the lead in the 35th minute, but his outstretched effort wasn’t enough, and his touch sent the ball wide of the net.

The second half belonged to Toronto FC, and in a connection many U.S. Men’s National Team fans may recognize, the host found its winner 11 minutes into the second period.

Bradley held possession in midfield and picked his head up to see Altidore, who made his return to the Toronto FC starting lineup after recovering from a hamstring injury, making a run toward goal on the left. After controlling a lofted through ball over the backline from Bradley, the striker powered a low shot past a diving Bush and into the back of the net.

And to top it off, Giovinco put the game away in the 82nd minute when he buried a penalty past Bush, who dove the correct way, to give Toronto FC bragging rights over its Canadian rivals.

The Impact return to action Saturday in a visit to see the Philadelphia Union, while Toronto FC hosts D.C. United the same day.