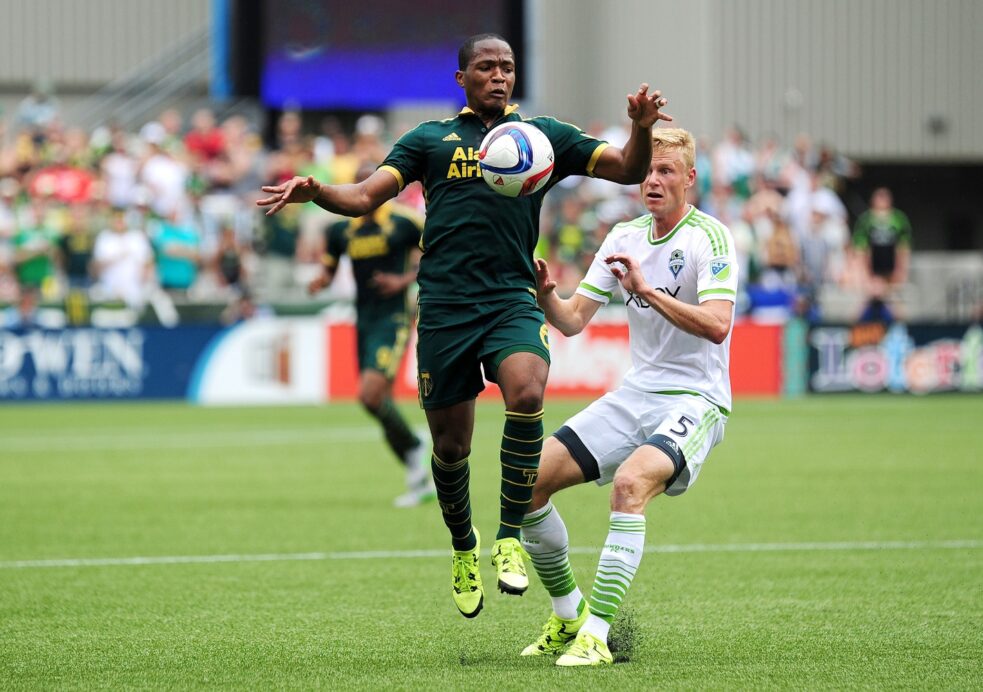 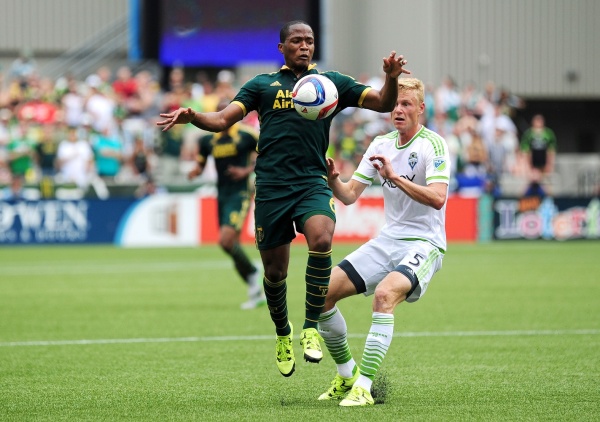 Just over a week after winning a hotly contested affair against their most heated rivals, the Portland Timbers repeated the feat in MLS play with an impressive victory on Sunday night.

Facing a Seattle Sounders team without Obafemi Martins and Clint Dempsey, it were the Timbers that brought the heat in attack, earning a 4-1 victory over their Cascadia rivals on goals from Darlington Nagbe and Rodney Wallace, as well as a brace from Fanendo Adi.

The forward’s first finish of the evening came on a Nagbe pass, as Adi smashed home a shot first-time to give the Timbers a 2-1 advantage in the 74th minute. Just two minutes later, it was Adi again, absolutely rocketing a shot from distance to officially claim all three points for the hosts.

After going months without scoring, Nagbe finally found the back of the net to open the scoring, sending Providence Park into a frenzy as the Timbers took the early lead in just the game’s 12th minute.

Nagbe’s finish came as a result of a series of key passes, with Adi holding up play before the ball found its way to Diego Valeri. The Argentine playmaker squared a pass up to a rushing Nagbe, who took a touch before rifling a long-distance,k right-footed shot from 25 yards to snag the game’s first goal.

With the finish, Nagbe scored the first goal of his 2015 campaign while ending a scoring drought that extended back to October 25 of last season.

After seeing Nagbe go close yet again in the 29th minute and playing on their heels, the Sounders got their equalizer against the run of play as Lamar Neagle found himself in space on the backpost.

On a free kick from long range, Neagle was the beneficiary of a well-placed ball from Tyrone Mears that sailed up and over the Timbers defense. Neagle, alone on the backpost, volleyed home the shot first time, leveling the score at 1-1 in a half where the Timbers proved to be the more effective team.

From there, the Timbers continued to create chances, the best of which came in the 68th minute as Gaston Fernandez unleashed a laser off a Nagbe pass only to see Stefan Frei make the save.

It would prove to be no matter, however, as Adi’s finishes matched with a late goal from Wallace to give the Timbers the victory.

Wallace’s goal, a close-range rocket came in the 91st minute, added insult to injury as the Timbers knocked off the Sounders for the second straight time in all competitions after falling in the two teams’ first clash in April.

The Timbers return to action July 5 for a contest against the San Jose Earthquakes, while the Sounders look to bounce back with a returning Dempsey in a July 3 meeting with D.C. United.