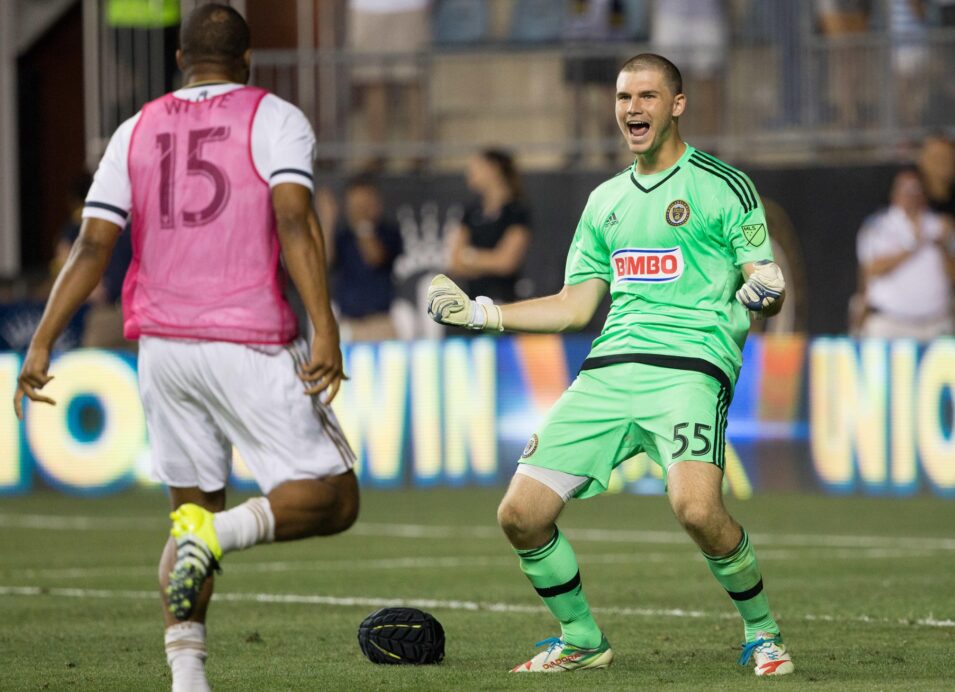 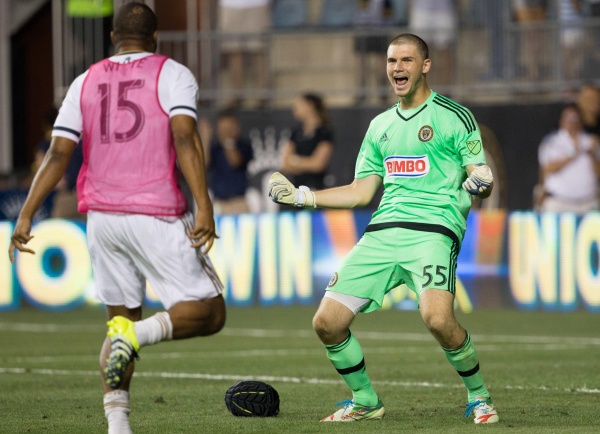 The U.S. Open Cup’s fourth round kicked off with gusto on Tuesday night, as four matches reached extra time and two went all the way to penalty kicks.

Aside from the Seattle Sounders, who ran up against a fellow MLS side in the Portland Timbers, every top-division club in the competition advanced to the Round of 16, though some – like Sporting Kansas City – where pushed quite hard by their USL foes.

The Atlanta Silverbacks, NASL’s lone representative in action on Tuesday night, continued the league’s struggles during this tournament, as they were sent out by the New York Red Bulls.

Here is a recap of the other action from around the U.S. Open Cup on Tuesday night:

John McCarthy used to ply his trade for the Rochester Rhinos, but on Tuesday night he helped the Philadelphia Union stymie his old club.

After a scoreless draw, the 22-year-old goalkeeper saved three of the Rhinos four penalty kicks and pushed the Union into the Round of 16 in the process.

But before the Union could advance, 3-1, in PPL Park’s first-ever shootout, they had to first get through 120 minutes. In the 84th, McCarthy came up with a big double save from close range to help preserve the clean sheet.

The Union suffered plenty of frustration on the attacking end, as they were unable to break through against the USL leaders despite 13 shots. But in the penalty shootout, Maurice Edu, Vincent Nogueira and Cristian Maidana found the back of the net to lift the Union into the next round.

The San Jose Earthquakes were among those teams pushed to the brink by a USL opponent Tuesday night, as they needed penalty kicks to sneak past Sacramento Republic FC at Avaya Stadium.

Chris Wondolowski netted goals in the 74th and 79th minutes to erase the Earthquakes’ 2-0 deficit. After a scoreless 30 minutes of extra time, the clubs went through eight rounds of penalty kicks before the Earthquakes finally prevailed, 6-5.

Republic FC got its goals on a penalty kick by Rodrigo Lopez in the opening stages of the first half and another from Emrah Klimenta just after the break.

The Chicago Fire needed an extra 30 minutes to do it, but they found a way past Louisville City FC and into the Round of 16.

Quincy Amarikwa played the hero, finding the back of the net in the 116th minute to break a scoreless deadlock and propelling the Fire to a 1-0 win at Toyota Park.

The goal was created when Razvan Cocis brought the ball down for Guly do Prado, who fired a shot that was deflected by the nod of Amarikwa and past a diving Scott Goodwin.

It took a strange winner, but Real Salt Lake managed to get past Seattle Sounders 2 with a 2-1 victory at Rio Tinto Stadium.

After falling behind 1-0 in the first half, RSL pulled level on a Joao Plata strike in the 63rd minute.

Just eight minutes later, RSL benefitted from an indirect free kick at the top of the six-yard box, which was whistled when Sounders goalkeeper Saif Kerawala scooped up a back pass. On the ensuing restart, Plata rolled the ball to the right for Javier Morales, who ripped a shot that beat the S2 wall on the goal line and snuck inside the far post.

Sam Garza scored the lone Sounders goal just before the halftime break, as he caught Real Salt Lake napping on a throw in and beat Jeff Attinella with a low shot.

Michael Barrios and David Texeira each netted a brace as FC Dallas picked up a 4-1 win over Oklahoma City FC at Garvey-Rosenthal Stadium on the campus of TCU.

The tone of the match was set just 19 seconds in, when Barrios fired a point-blank shot after being sent through by Kyle Bekker. Though goalkeeper Evan Newton managed to keep that shot out, Energy FC was not as lucky when Texeira broke through in the 21st minute.

Texeira’s opening goal cracked the floodgates, as Barrios added to the lead in the 34th and 36th minutes. Texeira extended the advantage to four goals just after the halftime break.

Energy FC managed a consolation goal inside the final 10 minutes, when Danni Konig bent a shot around the dive of goalkeeper Chris Seitz.

Dillon Serna got his first start of the season and took advantage, scoring two goals and assisting another as the Colorado Rapids defeated the Colorado Springs Switchbacks, 4-1, at Dick’s Sporting Goods Park.

Dominique Badji opened the scoring for the Rapids with a goal in the 26th minute. Six minutes later, debutant Joseph Greenspan headed a Serna free kick into the back of the net to double the advantage.

After the Switchbacks’ Josh Phillips was sent off for a dangerous tackle on Badji in the 62nd minute, Serna took advantage of the extra space and weaved through several defenders to make it 3-0.

Though Jordan Burt managed to get one back in stoppage time for the Switchbacks, Serna spoiled the celebration with a stoppage-time goal of his own just two minutes later.

Surprised by any of Tuesday’s results? Did you watch any of the games? Which matchups do you want to see in the next round?