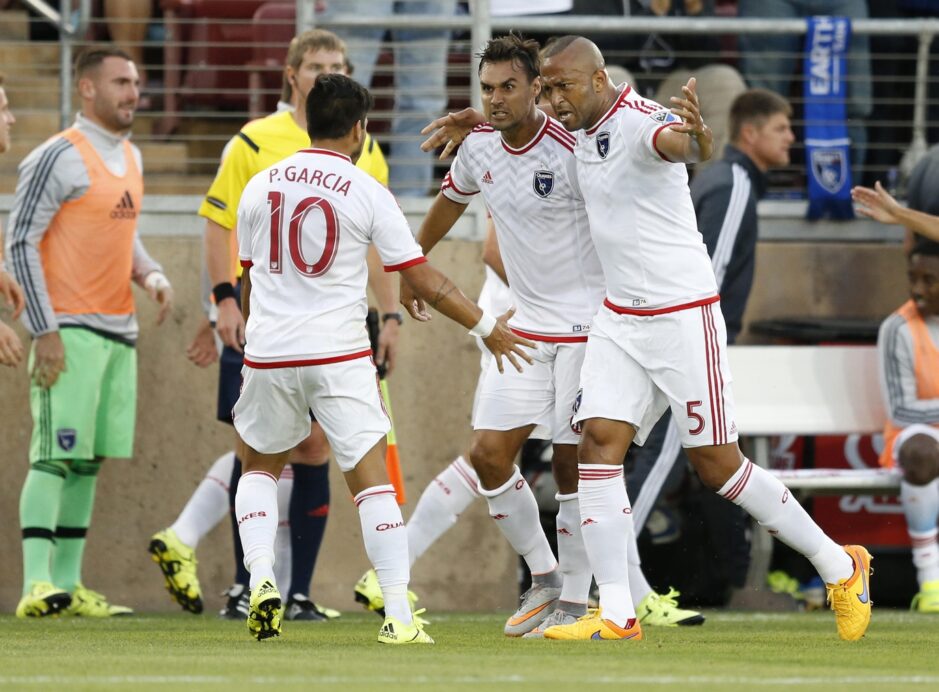 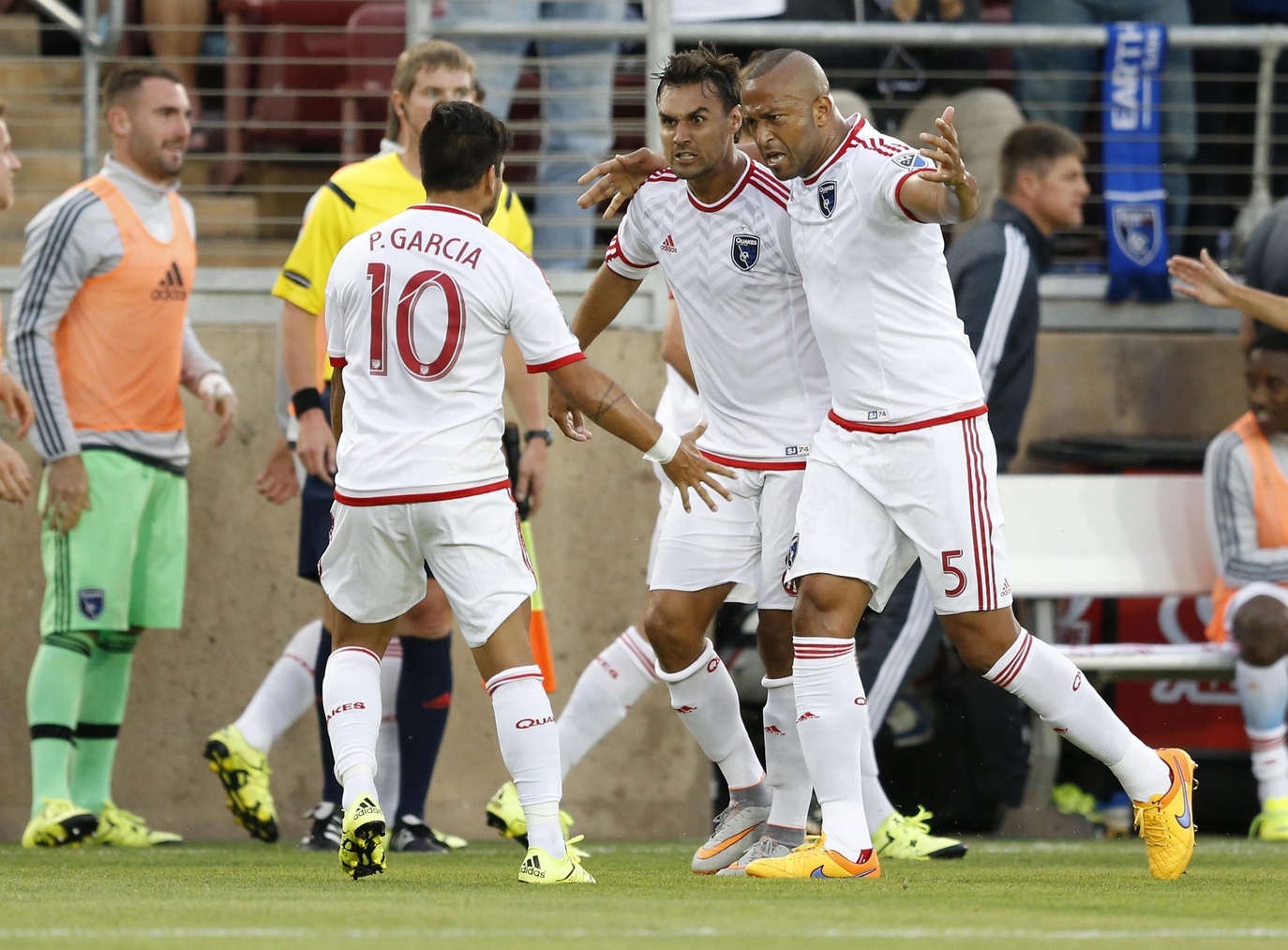 Juninho may have put the Los Angeles Galaxy ahead with a stunner, but it was the San Jose Earthquakes’ response that mattered most on Saturday.

The Earthquakes halted a red-hot Galaxy attack in a 3-1 win against their long-time rivals. Clarence Goodson ultimately decided the match — held at Stanford Stadium for the special occasion — with a headed goal from a Matias Perez Garcia corner kick.

It was Perez Garcia’s second assist of the night after he set up Chris Wondolowski for the equalizer, canceling out Juninho’s long-range effort in the 17th minute. Substitute Cordell Cato sealed the win for the Earthquakes by placing a low shot inside the far right post in the 72nd minute.

Halftime adjustments made the biggest difference, however, with the Earthquakes clamping down on the Galaxy’s front pair of Gyasi Zardes and Robbie Keane. The visitors rarely tested the Earthquakes’ goal in the second-half, allowing the San Jose attack to go to work at the other end for a second-straight victory.

It was the first loss for the Galaxy, who currently sit third in the Western Conference, in four league outings. The Earthquakes pushed up to sixth place with the victory.

Juninho opened the scoring with a moment that has become all too common over the years. A blocked clearance rolled into a nice position for the on-rushing midfielder, who unleashed a 25-yard strike into the lower right corner of the net. As good as the strike was, David Bingham appeared to get a late jump on the shot that put the Galaxy up 1-0.

The Earthquakes’ goalkeeper was bright in other spots, twice saving free kicks from Stefan Ishizaki. Bingham also held firm in first-half stoppage time, when Sebastian Lletget connected with Ishizaki’s corner kick in the middle of the box. His deflection toward goal was routinely stopped.

Jaime Penedo also had a big first half in the Galaxy goal, and it started early. In just the second minute, Baggio Husidic’s missed clearance gave Wondolowski a point-blank shot. It deflected off of Penedo’s right arm, keeping the Earthquakes from an early advantage.

He later put versatility on display, using his feet to swipe the ball away from Shea Salinas who had been played in behind with a well-timed long ball.

There was nothing Penedo could do about the equalizer, though. Wondolowski started the move by finding Perez Garcia running down the right. His return cross inside the box went into the path of a sprinting Wondolowski for a hard, one-time finish into the right corner in the 28th minute. It was the San Jose front-man’s ninth goal of the season.

Perez Garcia wasn’t done. His corner in the 53rd minute found Clarence Goodson at the near post for a well-placed header and the lead.

After consistently making things uncomfortable for the defense in the first half, the Galaxy attack, which scored 10 goals in the previous two games, went missing in the second. The room Zardes, Keane and Ishizaki found in the opening 45 minutes wasn’t there anymore, and Bingham had little to do despite the Galaxy holding the bulk of possession.

This allowed the Earthquakes to bide their time, and they found room for a third goal in the 72nd minute. Salinas cut inside from the left before finding Cato in space. The substitute took a touch before firing a low, left-footed strike inside the far post.

The teams will meet again on Wednesday in U.S. Open Cup action. After that, the Earthquakes head up the coast to face the Portland Timbers next Sunday, while the Galaxy host Toronto FC on Saturday.