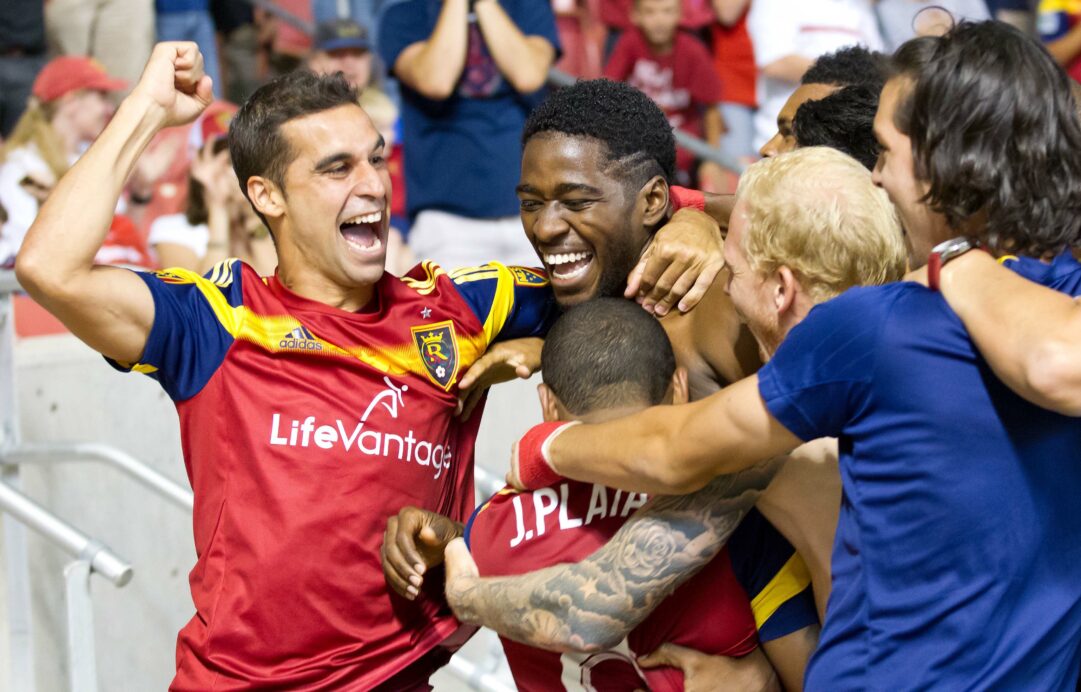 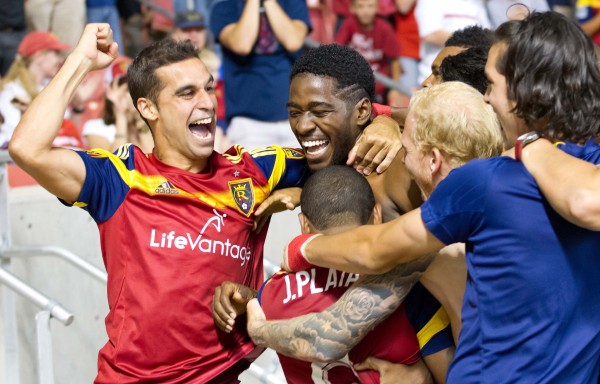 Real Salt Lake recorded a much-needed victory against a red-hot Sporting Kansas City at Rio Tinto Stadium on Sunday night thanks to a deflected goal in stoppage time.

Olmes Garcia scored in the final minutes to push RSL past Western Conference foe Sporting KC, 2-1. Garcia found the winner when he took a shot that deflected off of Kansas City defender Kevin Ellis before skying over the head of goalkeeper Tim Melia.

The result ended two streaks simultaneously, putting a halt to a three-game winless skid for RSL and seven-match unbeaten run for Sporting KC.

The first RSL tally came in the 15th minute off of brilliant service from Javier Morales. On a free kick from deep, the Argentine playmaker whipped in a high ball that Sebastian Jaime headed for his first MLS goal.

Dom Dwyer found the equalizer for Kansas City in the 30th minute. Benny Feilhaber, slid a clever ball through to Dwyer, and the striker put a one-touch curled shot to the left side of Nick Rimando for the tying goal.

Morales was again at the heart of the buildup for RSL’s match-winner. Morales fought hard to maintain the ball at the top of the box before dishing it out to the lefthand side of the field to Garcia, whose ensuing shot took a kind and game-winning deflection.

Real Salt Lake will now have to travel to the east coast for a Wednesday night match-up against the New York Red Bulls.

Sporting Kansas City’s next game is against the Colorado Rapids at home on Saturday.

What did you think of RSL’s 2-1 win over Sporting KC? Impressed with Real Salt Lake’s performance? What went wrong for Kansas City?