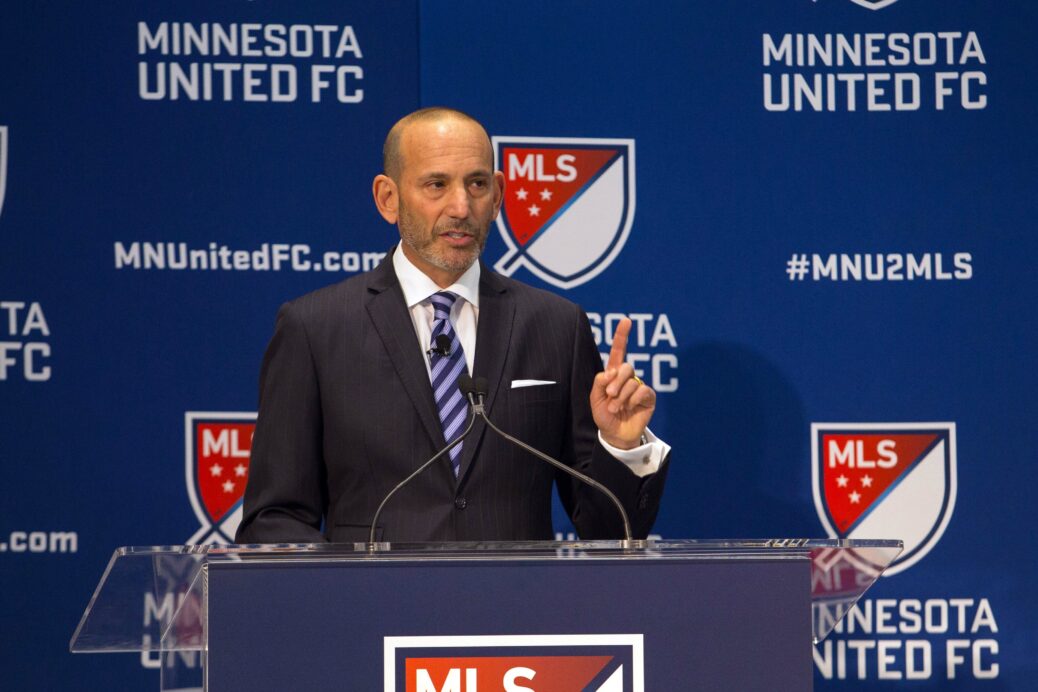 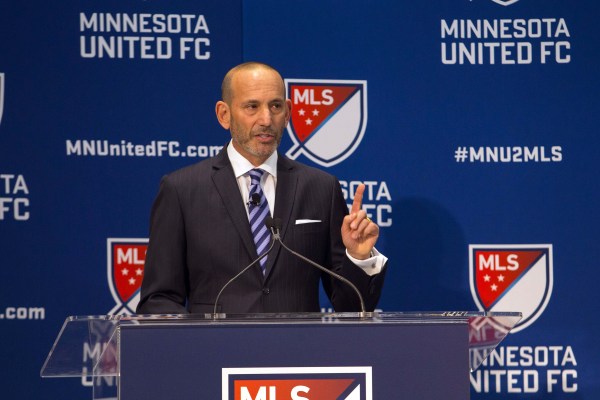 NEW YORK — Minnesota United’s deadline is fast approaching, but MLS commissioner Don Garber is staying mum on what might happen to the proposed expansion club if it fails to strike a deal for a stadium.

Minnesota United saw the state legislature adjourn for the year earlier this month without approving a number of tax breaks and reductions for a soccer-specific venue in downtown Minneapolis that club owner Bill McGuire desired. As such, the future of Minnesota United is in doubt.

The NASL club, which was announced in March as an MLS expansion team set to begin play in 2017 or 2018, now has until July 1 to come up with a back-up plan for a stadium deal.

Garber and MLS, however, are not saying publicly what will happen if McGuire and his ownership group fail to come up with a suitable solution in time.

“They’ve got an upcoming deadline to hopefully finalize something with their stadium, so I’m not going to comment on it until that deadline is upon us,” said Garber. “I’ve got a lot of respect for Bill McGuire and his partners. We love the market, we want to see something happen there, and we’ll wait and see.

“We really want to have a team in Minnesota, but they’ve got to play in a downtown stadium because that’s the deal that we cut.”

Some observers might think that an alternative is to have Minnesota United play temporarily at Target Field, the home of MLB’s Minnesota Twins that is located in the Farmers Market neighborhood where McGuire wants to construct his proposed stadium.

Expansion club New York City FC currently has a similar arrangement with the New York Yankees. Both teams play their home games at Yankee Stadium, though that agreement consists of a field-conversion process that requires two to three days of work from the grounds crew.

But Garber squashed the idea of Minnesota United starting out at Target Field, saying that that option is not on the table for the club.

“No, that wasn’t the agreement we made with them,” said Garber before referencing NYCFC’s arrangement with the Yankees. “We can make different decisions in different markets. That’s one thing being the boss allows us to be able to do.”

It’s unclear whether the opposing Minnesota bid, from NFL’s Vikings owner Mark Wilf, could come back into the picture should United fail to strike a deal. Wilf proposed having an MLS expansion club play in an indoor football stadium that is scheduled to be completed in 2016, but MLS liked McGuire’s bid better.

In any case, the uncertainty is growing over Minnesota United’s future and so are questions as to whether MLS should have waited for the NASL club to work out a stadium deal before being awarded a franchise.

“In a perfect world, that would’ve been easier for everybody. We don’t live in anything remotely close to a perfect world,” said Garber. “We were trying to get something done before the end of the legislative session, and we ran out of time. Those things happen.

“You’ve got to pivot, you’ve got to make a decision now going forward that will allow us to go forward in that market.”