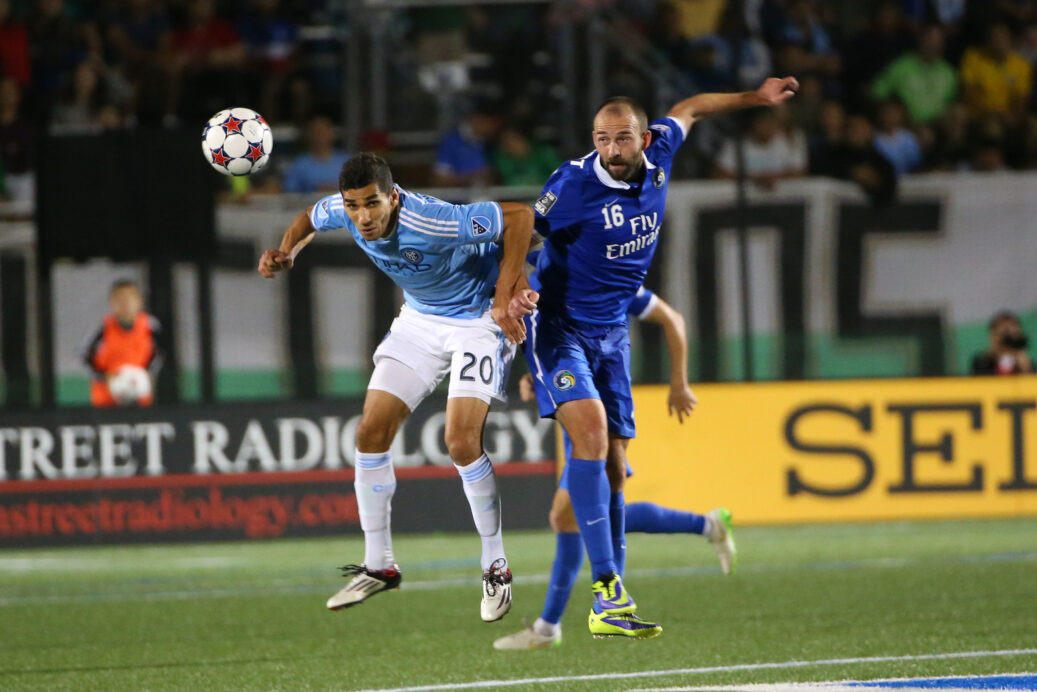 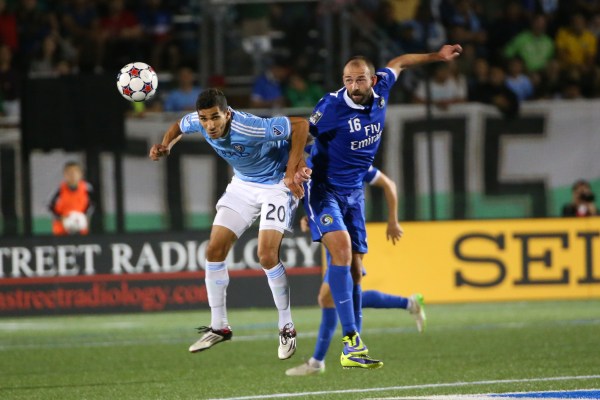 The MLS club just could not find the hammer.

NYCFC saw its inaugural run in the U.S. Open Cup end before it ever really got started, as the expansion team allowed the NASL’s Cosmos to rally from two goals down before coming out on top, 4-3, on penalty kicks at Hofstra Stadium on Wednesday night.

Missed opportunities were a theme throughout the fourth round match for NYCFC, which repeatedly blew chances to put the game away. Not only did New York City concede twice – including in the 90th minute – to waste its 2-0 lead, but it also saw several players fail to deliver in key moments.

Midfielder Mehdi Ballouchy was unable to score on a clean breakaway in regulation that would have iced the game, Pablo Alvarez hit the woodwork on a spot kick in the first half of extra time, and Patrick Mullins had a game-winning chance saved during the penalty shootout.

All in all, it was a team failure. One that NYCFC was left to lament after the match.

“It’s always the easy job to point at the defensive lapses,” said NYCFC head coach Jason Kreis. “It’s a little bit more difficult and more critical to say Mehdi should’ve taken his goal and Pablo should’ve scored his penalty in the overtime. I think there may have been a chance or two past that.

“The interesting part is I think a lot of players can take some responsibility for that match, which means we can all stay together in doing so.”

Rubbing salt in the wound for NYCFC, which has endured a rough inaugural first year on the field, was that it got off to such a good start in the match. The visitors took a lead against the run of play in the 24th minute through a splendid overhead finish from Kwadwo Poku, and doubled it in the 57th through a well-taken but controversial one-timed effort from the Ghanaian midfielder.

It almost all went downhill from there.

The hosts cut the deficit in half eight minutes after Poku’s second goal, as Leo Fernandes slotted a shot just inside the near post. Ballouchy then failed to beat Cosmos goalkeeper Jimmy Maurer on an 83rd-minute breakaway that would’ve given NYCFC a 3-1 lead, which left the door open just enough for Lucky Mkosana to rifle home an equalizer seconds before the end of regulation.

New York City FC continued to fail to put the game away in extra time. Alvarez smashed a penalty kick down the middle but off the woodwork in the 98th minute, and Mullins saw a would-be winner in the fifth round of the ensuing penalty shootout stopped by Maurer.

“It’s really tough. Right now everybody’s head is down,” said Poku. “We should’ve finished this game off earlier, but it’s always not what you want. Sometimes you miss chances, stuff happens, so we will just focus on the next game.”

Indeed, there is not too much time for NYCFC to dwell on the U.S. Open Cup elimination. Looking to climb into the playoff picture in MLS after a rough few opening months of the season, the club is aiming to pick up three more points on the road against a star-studded Toronto FC side this Saturday.

This loss to the Cosmos might hurt, but the pain can’t linger.

“(There were) some really good things, and then some not so good things,” said Kreis. “But that’s a reflection of our entire season, so we’ll look to take the positives and move on very quickly.”