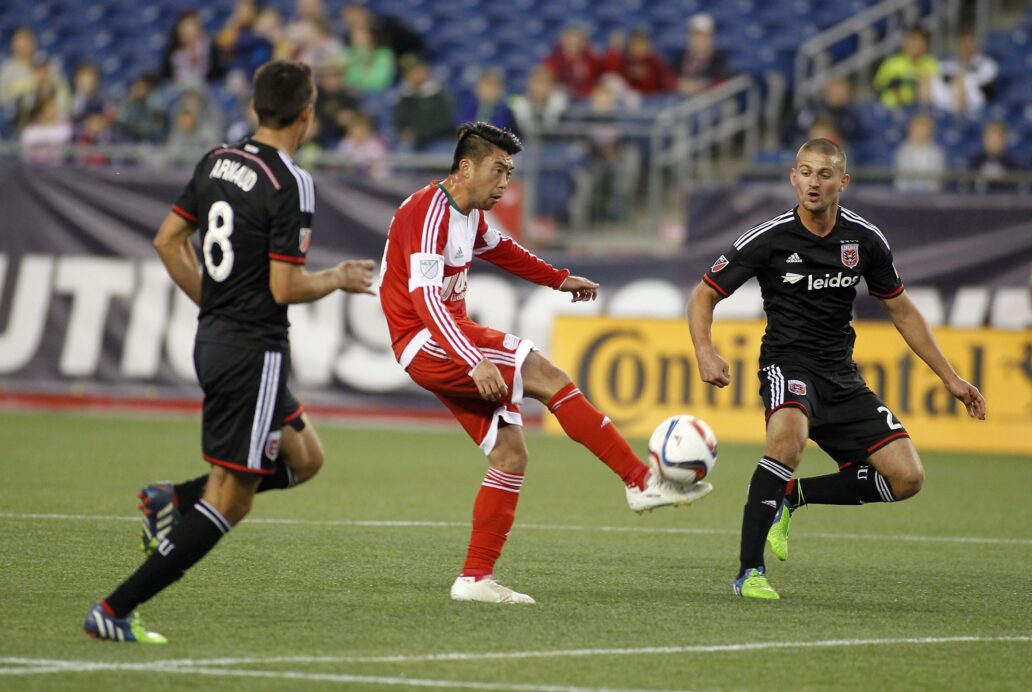 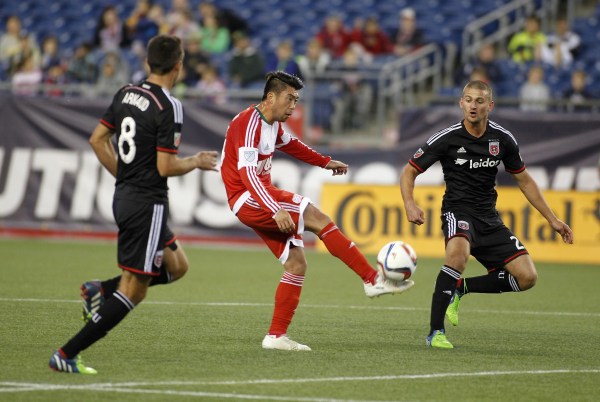 After a busy midweek slate of U.S. Open Cup action, MLS play gets back into full swing with a full slate of games.

Sunday afternoon provides a clash with major implications in the Eastern Conference, as current leaders D.C. United play host to a struggling New England Revolution team looking to climb back into the race for the top spot.

Out West, the reeling Seattle Sounders look to bounce back from a controversial midweek loss to the Portland Timbers in a meeting with the San Jose Earthquakes, who already hold a win over the reigning Supporters’ Shield champions this season.

Here’s a closer look at all of this week’s MLS action:

Oscar Pareja won all three matches against his former club last season but has not posted a win in 2015 against them. He’ll have the chance to make it four wins vs. his former side Friday night in Colorado.

Pareja’s FC Dallas is currently stuck in a 238-minute scoreless drought and will now face a Rapids team that has allowed the second-fewest goals in the league. Bolstering FC Dallas’ hopes will be the returns of Tesho Akindele, Moises Hernandez, Atiba Harris and Kellyn Acosta, while Dillon Serna returns to action for the Rapids after rejoining his club from international duty.

After upsetting the Seattle Sounders earlier this season, the San Jose Earthquakes have a chance to repeat the feat Saturday with a trip to CenturyLink Field.

The Sounders enter in a bit of chaos, reeling from Obafemi Martins’ injury and Clint Dempsey’s referee incident midweek. Both Mark Sherrod and JJ Koval will be out for the Earthquakes after being sent off last week in a draw to FC Dallas, while the Sounders will also be without forward Chad Barrett and potentially be without midfielder Osvaldo Alonso.

Following Ronald Zubar’s return from injury, the New York Red Bulls have some interesting decisions to make when it comes to the centerback position.

Karl Ouimette and Damien Perinelle have started in recent weeks in the absence of Zubar and Matt Miazga, who is returning from his duties at the Under-20 World Cup to give Jesse Marsch a wealth of options at the position. Whoever does get the start for the Red Bulls will be tasked with taking on a tough Whitecaps side that picked up a big-time bounce-back victory over the LA Galaxy last time out.

After slumping to a U.S. Open Cup loss to the Cosmos midweek, New York City FC is now asked to travel to BMO Field to take on an improving Toronto FC team.

Winners of three straight, TFC has been led by Sebastian Giovinco, while Jozy Altidore made his return with late minutes in TFC’s last contest, a win over D.C. United. Add a returning Michael Bradley to the mix and TFC will likely be at full strength to take on NYCFC, winners of two straight in the league after 11 straight winless contests.

The interesting tale of the Montreal Impact continues Saturday in Orlando, as the CONCACAF Champions League runners up look to finally put together some type of consistency.

The Impact have done well in dispatching contenders in front of them, but have struggled in recent weeks in falling to the Chicago Fire and NYCFC. Orlando City, meanwhile, enters on the heels of a tough penalty-kick victory over the Charleston Battery midweek. All the way up to third in the Eastern Conference, Orlando City has been hot in recent weeks but will face a tough opponent in the Impact, who still maintain games in hand on the entire Eastern Conference.

The LA Galaxy were among the most impressive teams in midweek U.S. Open Cup action, while their opponents needed every second to secure advancement.

Led by a Robbie Keane hat-trick, the Galaxy picked up a 6-1 win over PSA Elite, while the Philadelphia Union needed penalty kicks to stop the Rochester Rhinos. Keane’s return, as well as the emergence of new signing Sebastian Lletget, will likely help the Galaxy emerge from a rough patch that has seen the champions win just two of ten.

It will have been 15 days since the Houston Dynamo have featured in MLS action as the team now heads to Providence Park shorthanded to take on the Portland Timbers.

The Dynamo have been out of MLS action since a June 5 victory over the Red Bulls, but will be without Jamaican stars Giles Barnes and Jermaine Taylor due to their involvement at the 2015 Copa America. Also likely without Boniek Garcia and Brad Davis, the Dynamo face a Timbers team fresh off a controversial win over the Sounders midweek and has now won four straight in all competitions.

As the team rolls through without Jermaine Jones, the New England Revolution have a chance to make a major statement in a matchup with a fellow Eastern Conference contender.

D.C. United currently sits atop the conference with a four point lead on Sunday’s opponents, who have won just one in seven. In Jones absence, the Revs will need midfielder Lee Nguyen to recapture last year’s form, as the midfielder has provided just one goal and two assists this season.

Despite all of the club’s recent struggles, Real Salt Lake will be more than happy to return to the fortress that is Rio Tinto Stadium.

Winners of just one in five, RSL returns to Rio Tinto, a venue where the club has lost just once in their last 18 games. However, likely without starting centerbacks Chris Schuler and Jamison Olave, RSL take on a Sporting KC side that is surging. Led by the play of Benny Feilhaber, SKC are unbeaten in seven straight.